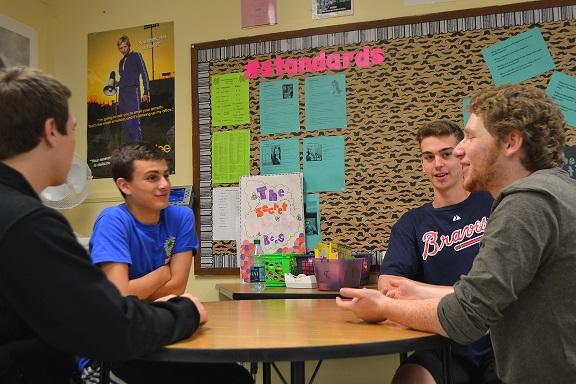 Left to right: Senior Sam Fulkerson, sophomore Emmett Schindler, senior Cameron Hines, and junior Adam Kovel serve up their predictions in a sports roundtable debate over who will take the World Series tonight.

Who’s gonna win?
Sam:
The Giants will yet again come out on top, this time in six games. They have deep starting pitching, a strong bullpen, solid leaders, and most importantly, unheralded clubhouse chemistry. No matter how this team performs during the regular season, they always find a way to get it done during the postseason. Yes, the Royals are the so-called “team of destiny,” but I find team chemistry to be more decisive in October than destiny.

Cameron:
The Royals will come out on top, in seven games. That bullpen is nasty; if the starters can give them a lead, watch out. With stellar defense, lightning speed, and an entire nation behind them, Kansas City will emerge victorious.

The Royals complete their historic postseason undefeated, taking down the Giants in a clean sweep. The stars are aligning for this rag-tag bunch and their mix of consistent pitching, defense and speed will put them over the top. Crown the Royals and let them sit back upon their rightful throne.

The Giants will take another trophy back home. Behind their ace Madison Bumgarner on the mound, it’ll be hard for the Royals to get some hits off him. The Giants are too powerful in the batting box and will get James Shield’s number. The Royals will put up a fight, but the Giants are taking it in seven games.

If the Royals want a chance in the series, they will need their best big game pitcher to step up. Shields consistently puts up stellar numbers in stressful situations and loves the postseason atmosphere. If Shields can win two games, the Royals have a good shot at taking home the trophy.

Ned Yost, the Royals manager, will be clearly overmatched by his counterpart, Bochy, the superior tactician. To what extent this occurs may determine the fate of this Series.

The only way the Giants have a shot at withstanding the Royal’s wrath is their MVP catcher. His offensive poise and pitch selection allows the Giant’s pitchers both the comfort of a lead and the strategic edge.

If the Royals want to win the World Series, their left-fielder has to have a huge series. With his great hitting ability and his outstanding fielding, Gordon could be the difference for Kansas City. 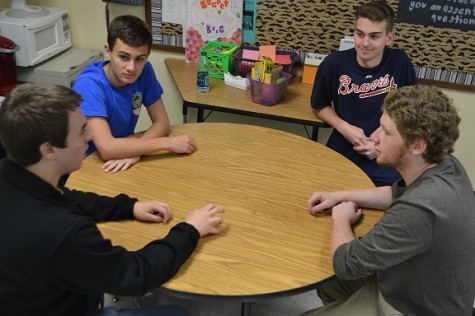 For the Royals, this is their first taste of the postseason since 1985, when they made the World Series and beat the St. Louis Cardinals. Ever since then, however, the Royals have held a reputation of ineptitude: they had only eight winning seasons since their last title, never even surpassing 90 wins.

This year, Kansas City emphatically put an end to the drought. Behind stars James Shields, Alex Gordon, and Salvador Perez, the Royals clinched the first wild card spot and eliminated the Oakland A’s in the wild card game. In the divisional series, they upset American League’s best team, the Los Angeles Angels of Anaheim, in a tidy three games to boot. The upstart young squad proceeded to sweep the Baltimore Orioles in the championship series. Kansas City has yet to lose a postseason game thus far, and in the chance they continue that remarkable streak in the World Series, they will go down in history as one of the most dominant postseason teams ever.

There also remains no surprise the San Francisco Giants return to the World Series. The scrappy squad made it to the World Series in 2010 and 2012, winning both times. In 2010, San Francisco made it to their 4th World Series ever, but had yet to win one. Playing against the Texas Rangers, the Giants won the series 4-1 to raise their first trophy. Two years later, they met the Detroit Tigers in the World Series and swept them to win their second championship in three years. For the past four-to-five years, the Giants have remained in the conversation of possible champions, mainly because of their excellence in the postseason. Led by ace Madison Bumgarner and former MVP Buster Posey, the Giants look to gain their third ring in five years.

To predict the World Series is like guessing how many marbles are in a jar; it remains just too difficult to guess. The Game 1 starters will be each team’s respective ace, Shields versus Bumgarner. After that, who knows? Legacies are on the line in what appears as an instant classic.