Band earns the right to blow their own horn 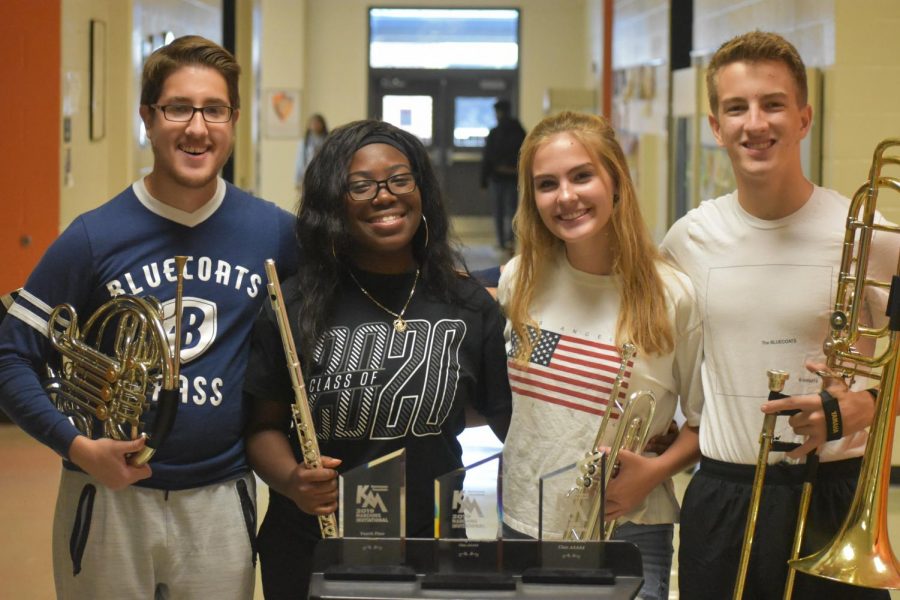 “Although we came in fourth, I think we performed really well. Especially considering that it was our first comp of the season. I’m confident that as the season goes on we’ll start to see higher rankings,” junior Low Reed section leader Grace Jiles said.

The Thrill Concept, an appreciated show among band students, displays the sensation of riding a roller coaster. The show’s music contains thrilling and exciting movements as well as fluid transitions between movements one, two, and three. The show runs between eight to ten minutes during which viewers experience the rapid introduction of movement one, the slower more relaxed vibe of movement two, and movement three as the music returns to the quick pace of movement one to tie the show together.

“The show is about roller coasters, but also the ups and downs of life. It means a lot to us as seniors because it reminds us of the four years we’ve spent here and the rest of our life ahead,” senior drum major Ola Otis said.

Long hours of practice went into the show. Band members attended all-day practices on the occasional Saturday, and spent the majority of their afternoons practicing after school. Senior band member Eric Eads believes this hard work contributes most to the quality of their performance.

“I was impressed with all of the focus and energy I saw in everyone when we left NC, and all the way through KMMI. It carried out throughout the entire performance, and I think we did pretty well because of it,” Eads said.

With Cobb Exhibition around the corner on October 14, the band once again sets their sights on practicing and perfecting their show. After Cobb Exhibition, NC Marching Band expects to compete in two more competitions. Looking ahead, they expect to receive higher awards for The Thrill Concept and plan to enjoy themselves while doing so.