Get your skeleton shaking with this spooky Halloween playlist 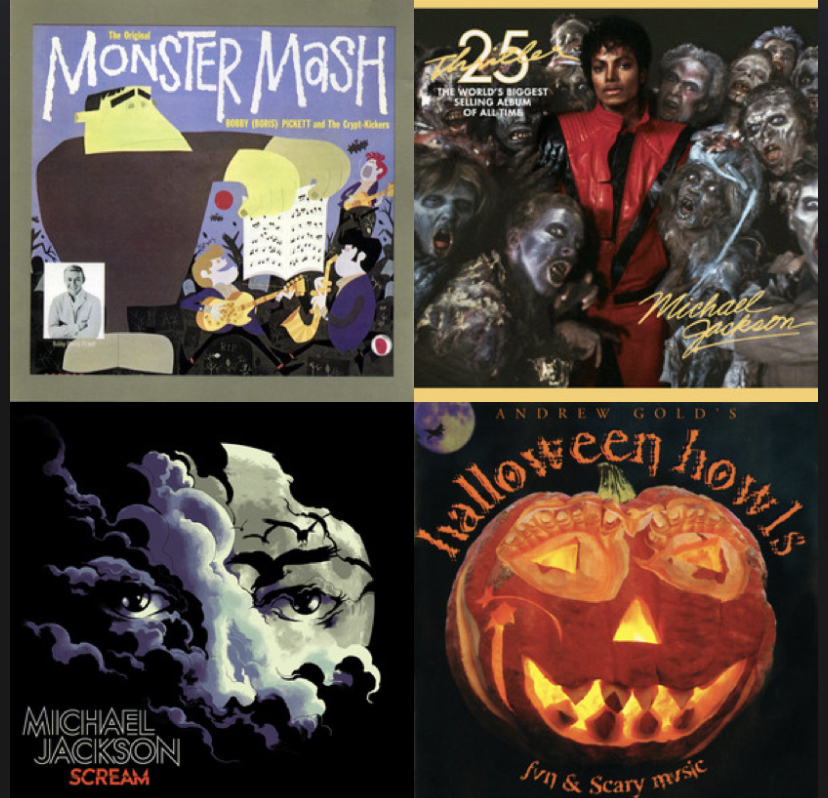 With Halloween around the corner, people all over the country prepare themselves for the spookiest day of the year. With it comes pumpkin-spiced flavored everything, 31 Nights of Halloween on Freeform, and, of course, Halloween parties. To set the mood for Halloween, classic hits await Halloween fanatics. These songs follow a classic Halloween setting with their spooky music videos and beats.

The monster mash, it was a graveyard smash

he did the mash, it caught on in a flash

One might recognize that line from the hit song “Monster Mash”. Thanks to the rattling chains and bubbling cauldrons sound effects, the song topped the Billboard Hot 100 in 1962. Bringing back memories from elementary school Halloween parties and learning how to do the monster mash, this song remains a holiday favorite.

“Somebody’s Watching Me” by Rockwell

Featuring Michael Jackson and Jermaine Jackson singing background vocals, Rockwell’s hit song “Somebody’s Watching Me” reached the Billboard Hot 100 at number two in 1984. The electronic background and quick pace of this song, as well as the creepy music video, create the ideal Halloween song. The popular music video starts off with an ominous figure following Rockwell. By the end of the video, he soon realizes that this figure actually happens to appear as a zombie.

“This Is Halloween” by The Citizens of Halloween

Appearing in Tim Burton’s hit movie The Nightmare Before Christmas, this song creates the perfect spooky vibe thanks to the scary beats and strange lyrics incorporated within it. The suspenseful tempo and the catchy chorus create a dreary picture of Halloweentown. Although The Nightmare Before Christmas identifies as a Christmas movie, the movie’s entire soundtrack provides a classic touch to your Halloween endeavors.

Perhaps the most iconic song of them all, Michael Jackson’s “Thriller” tops the spot for one of the world’s favorite Halloween songs, topping at number one on the Billboard Hot 100 in 2019. Creaking doors, footsteps, and blood-curdling howls lead into one of the 80s’ greatest spooky pop songs.