Living Undocumented: speaking out for those in silence 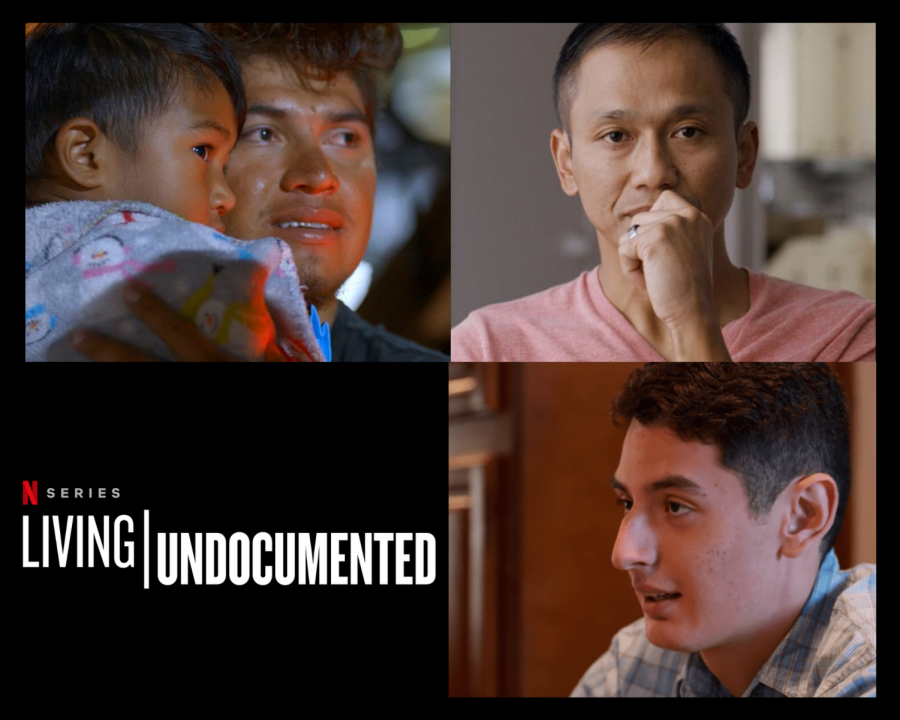 Netflix’s docu-series Living Undocumented raises awareness of a controversial and polarising topic in today’s society: immigration. Providing real-life examples, each episode takes the audience on a journey following in the footsteps of eight immigrant families. The show portrays the everyday struggles of an undocumented immigrant living in the United States. Bringing overwhelming emotions, this docu-series provides an educational and emotional experience to an audience of all ages.

Netflix released its six-episode docu-series Living Undocumented on October 2, 2019. Directed by Aaron Saidman and Anna Chai and executively produced by Selena Gomez, the show shines a light on undocumented immigrants living in the United States who fear deportation back to their native country.

Throughout the six episodes, the audience follows the lives of eight immigrant families, gaining an inside look into their everyday lives. The immigrant families introduced come from a variety of countries and backgrounds, including Colombia, Mexico, Mauritania, Laos and Israel. Coming from different backgrounds, each family provides a story that differs from the other, making each experience worth telling.

The first episode introduces a Honduran family including Luis Diaz, his girlfriend Kenia and her son Noah. Their story begins by explaining the story behind the separation of Kenia from son due to an Immigration and Customs Enforcement (ICE) arrest. Diaz, hoping to reunify Kenia and her son, risks arrest by entering the detention facility as an undocumented immigrant, where Kenia resides. Entering the detention center, an unfortunate event occurs where an ICE agent detains Diaz. Anti-ICE protestors surround the center as they shout for justice and provide moral support for Diaz and his family. Months later, ICE agents release Diaz and deport Kenia back to Honduras, but she makes her journey back to the United States in hopes to apply for asylum.

The same episode introduces a military family in which the mother, Alejandra Juarez, came from Mexico. The family consists of her former Marine husband and her two daughters. Her family all obtains U.S. citizenship, with the exception of Alejandra. She expresses her feelings towards the injustice of deporting a military wife, considering her husband’s service in protecting the country they believe they represent the most. Their story supports the idea that Trump’s administration holds no exceptions towards the detention of undocumented immigrants. The deportation of all and any undocumented immigrants must proceed.

Throughout the series, each of the eight families share their own, unique stories. They provide an insight into how an undocumented immigrant lives day by day. Their stories express their emotions and feelings towards the injustice of the U.S. immigration system. As each family provides their own story, they all share one characteristic: the ambition to pursue a better future. They come to the United States in hopes of a better future, leaving everything behind. Seeing the United States as an escape from gang violence, poverty and a corrupt government, these families share stories leaving viewers to wonder: “What makes anyone American?”

As United States immigration policies continue to evolve, immigrant families’ fear of deportation continues to rise and affect their overall well-being. As seen in the series, the separation of families and loved ones continues to happen day by day. This eye-opening series addresses a political issue that creates great controversy amongst society today. Regardless of where one stands on the political spectrum, Living Undocumented reveals the reality of the lives of millions of undocumented immigrants right in front of viewers’ eyes, engaging them emotionally and logically. Before watching, one might want to consider stopping by a local grocery store, as a box of tissues may come in handy while watching this emotional series.

The Chant Grade: A+