Warriors fall in first round of state playoffs 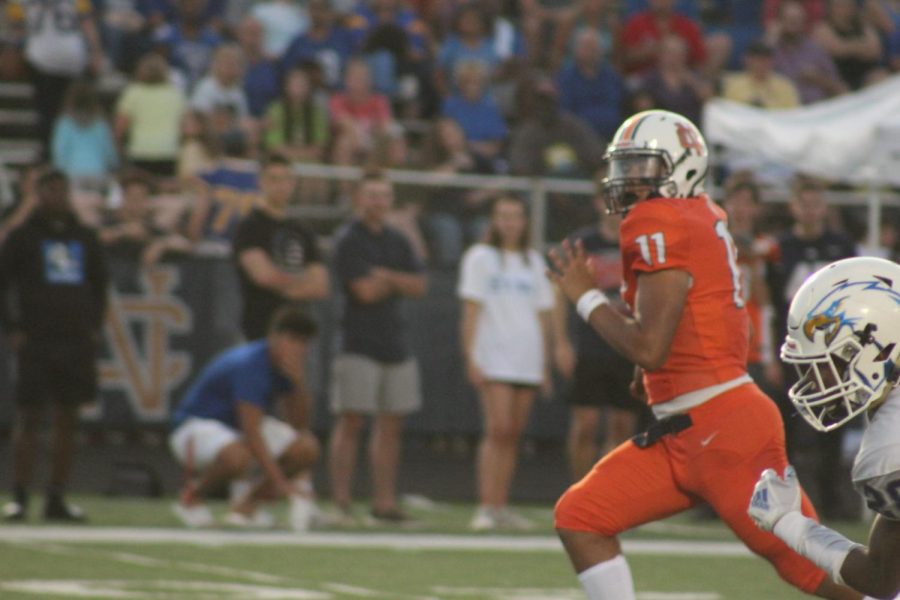 After receiving the starting quarterback position over junior quarterback Trevor Lovett for the second week in a row, freshman phenom Malachi Singleton (pictured above) faced trouble in his second career start. Though posting over 100 yards of total offense, Singleton did not find the endzone friendly, unlike a week prior where he scored 4 touchdowns. “Malachi did well for only his second game. Colquitt County is just an unreal team,” sophomore linebacker Vernard Martin said.

The NC Warrior Varsity football team (7-4, 3-2) set foot into the first round of the 7A GHSA first-round playoffs against the nationally 16th ranked Colquitt County Packers (9-2, 2-1) on Friday, November 15 at Colquitt County stadium. Coming off a 35-24 win against the Hillgrove Hawks last week, the NC Warriors started strong but ultimately fell 35-7. Freshman quarterback Malachi Singleton received the start over junior quarterback Trevor Lovett for the second week in a row.

“Our Warriors had a great season but came up a little short in this game. It’s disappointing they lost in the first round but they continue to improve each season,” sophomore triathlete (XC, Track, Swim) Bentley Huff said.

The Warriors appeared to dominate the first half of play, posting 36 plays and over 100 yards in rushing. Unlike the Warriors’ five-touchdown performance the week before, the Packers allowed for zero scores throughout the first half, taking a 7-0 lead before halftime began. Colquitt County quarterback Jaycee Harden, one of the top five passers in the yardage category for the state, went 12-for-17 passing with 256 yards and three touchdowns. Colquitt County running back Daijun Edwards, the Packers all-time leader in rushing yards and touchdowns, rushed eight times for 87 yards and one touchdown. 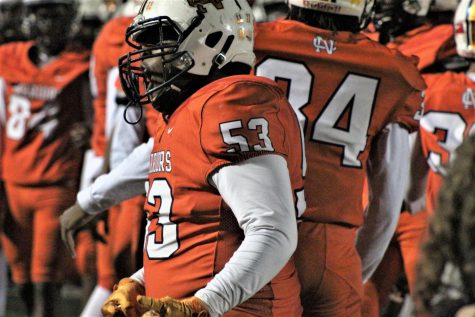 Despite a fairly close first half, the Packer offense proved true to their prestigious rank, rallying off 28 additional points to NC’s modest singular touchdown. The Packer defense shut down the Warrior offense, limiting Singleton to 99 yards of total offense in the second half and five yards from the other players. Junior Warrior running back Cam Cunningham contributed only two rushing yards in the second half, finishing the night with 30 yards. Senior middle-linebacker Grant Wooten earned the Warriors their only touchdown of the night, coming off a blocked punt.

“Last night’s game was in our hands. We were against the sixteenth best team in the nation and to have them only score once by halftime was impressive. For next season, it isn’t anything but bright. There’s so much to be said, but you will have to come and see,” NC sophomore and leading wide receiver Sam Mbake said.

With a great regular season and first-round performance, the Packers move onto the second round of the GHSA 7A playoffs. As for the Warriors, their season comes to a close, leaving the 2019 season as a special one with plenty of memorable moments. Make sure to keep up with the Warriors during the off-season and in their spring game at Emory Sewell Stadium in 2020.