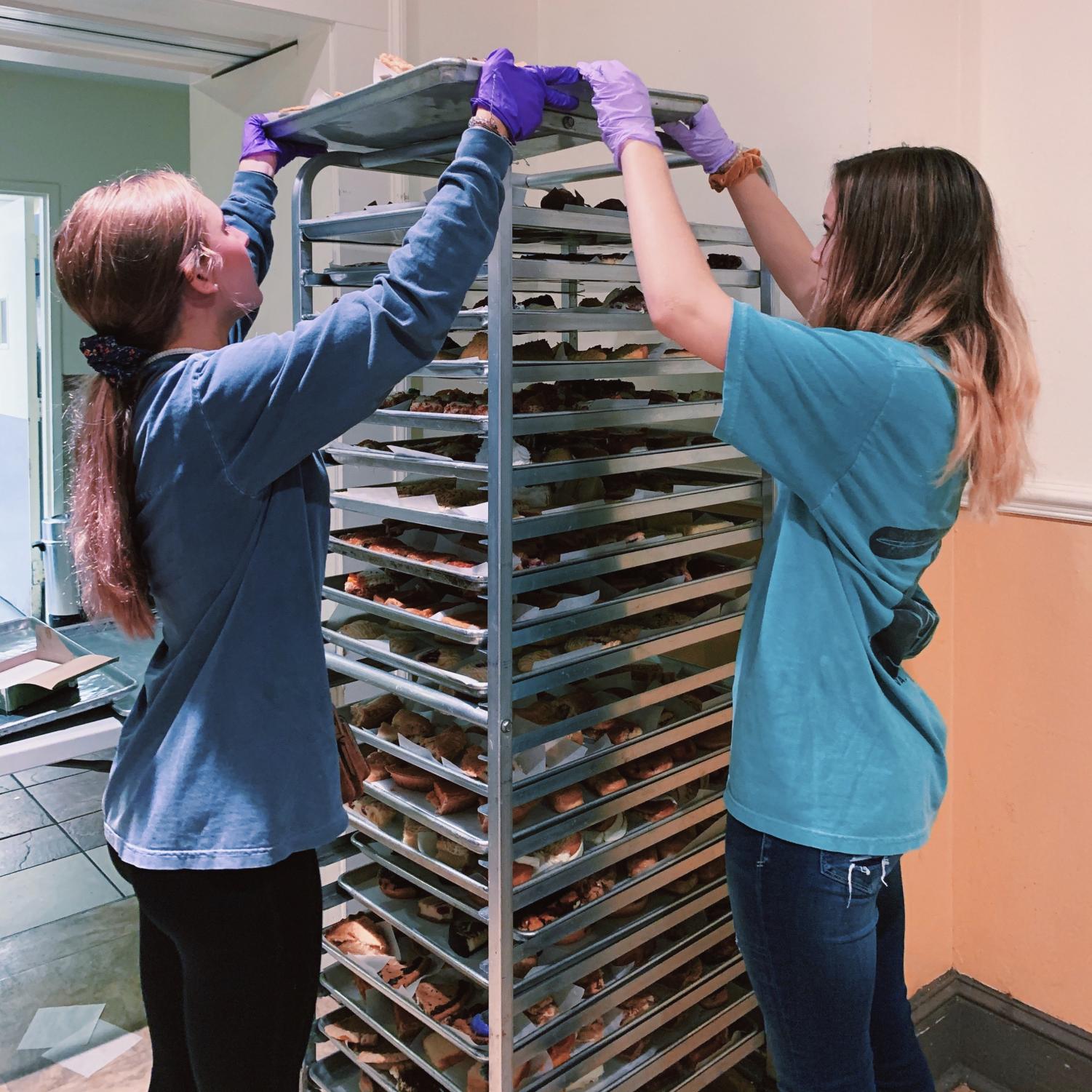 Hunger and Homelessness unite to kill millions of innocent victims each year. However, they don’t have to. Small acts of service within one’s community allows large global effects to be made. Volunteering at a local homeless shelter or soup kitchen saves lives and helps eliminate homelessness and hunger worldwide. “Change starts with you but it doesn’t start until you do,” Tom Ziglar said. (Amber Roldan)

Hunger and Homelessness unite to kill millions of innocent victims each year. However, they don’t have to. Small acts of service within one’s community allows large global effects to be made. Volunteering at a local homeless shelter or soup kitchen saves lives and helps eliminate homelessness and hunger worldwide. “Change starts with you but it doesn’t start until you do,” Tom Ziglar said.

In a world with seven continents, one hundred ninety-five countries, and nearly 7.6 billion people, global epidemics remain inevitable. Yet, with almost 8 billion human brains equipped with problem-solving tactics, solutions to all of these epidemics prove achievable. Two of the world’s current, most pressing global issues include homelessness and hunger. These issues create contributing factors to worldwide conflicts. If all 7.6 billion humans unite regardless of ethnicity, religion, or cultural beliefs, these conflicts will be rendered extinct.

Homelessness describes the state of humans without a home. This tragedy affected 552,742 Americans last year. Out of these 552,742 people, 67% lived alone while the remaining 33% experiencing homelessness consisted of families with children. On a single night in 2017, when most Georgians relished the luxuries of their cozy homes while enjoying the company of their families, 10,373 people did not own a house or bed to dwell in. They tossed and turned all night as they slept in shelters and irrigation ditches across the state of Georgia. According to these statistics, out of every 10,000 American citizens, 17 live homeless lives. When applying this statistic to NC, 5 out of NC’s estimated 3,000 students would not return to a house after the 3:30 dismissal bell. Globally, an estimated 100 million people suffer from homelessness. People with vast differences in ethnicities, cultures, intelligence quotients, and religious beliefs contribute to this number.

Homelessness can affect any and everyone, no matter how successful they might appear during a specific period of time. English singer and songwriter, Ed Sheeran, can attest to this fact. Before the debut of his music career, he spent the majority of 2008-2010 suffering from homelessness. He has admitted to spending several nights underneath a heated archway at Buckingham Palace.

Across the world, hundreds of organizations exist to eliminate the effects of homelessness. If these organizations did not lend their helping hands, the number of people experiencing homelessness would exceed the current number. However, without volunteers and donations, these organizations could not operate. If all 7,900 billion people unaffected by homelessness made even just slight contributions to ending homelessness, the issue would cease to exist. Contributions include volunteering at homeless shelters, donating to clothing drives for the homeless, and donating directly to the homeless whether this means donating to a specific shelter or dropping spare change into a homeless man’s collection bucket. Small, short term contributions make for large, long term effects.

Local service opportunities to eliminate homelessness abide ubiquitously in the Kennesaw-Acworth area. Numerous homeless shelters in the community continuously provide volunteers with service opportunities. Must Ministries, the most prominent homeless shelter in Georgia leads local shelters throughout their journeys to reach a common goal; reducing the number of Georgians without a home and directing them onto the right path to become a homeowner with a stable income.

Habitat for Humanity, another non-profit organization, contributes to the fight against homelessness by providing affordable housing. Habitat for Humanity fights against homelessness hoping to create a world where “everyone has a decent place to live”. In order to contribute towards eliminating homelessness, I accompanied Bank Of America during their annual visit to a Habitat for Humanity build. On this trip, I participated in the execution of the finalization stage of constructing a home “show-ready” for a woman in Macedonia, Georgia. I spent the day alongside Bank of America’s generous volunteers finalizing interior caulking and painting. Palpable positivity prevailed throughout the house as volunteers diligently worked alongside the homeowner. Outside of the home, perpetually rain-soaked volunteers vigorously poured concrete, built the deck, and installed soffits underneath the porch. The rain ceased to dampen the moods of altruistic volunteers as they worked to create a loving home for future homeowners.

Homelessness does not embody the only epidemic facing humanity in 2019. Hunger elucidates “a weakened disordered condition brought about by prolonged lack of food,” The less extreme connotation of hunger defines the type of hunger experienced after skipping breakfast before missing the school bus. However, the denotation of hunger when examining the epidemic refers to the repetitive lack of sufficient food. This epidemic creates detrimental consequences and must stop before the epidemic’s damage becomes irreversible.

Around the world daily, 842 million people endure the consequences of hunger. This alarming statistic affects 12% of the Earth’s population. If applied to NC, 360 Warrior students would suffer the consequences of hunger. Every ten seconds hunger kills an innocent child. This means that everyday hunger takes the life of 8640 children. However, hunger does not always exist in this extreme. Several students living in Cobb County experience hunger on a daily basis. The Cobb County School District contributes to the fight against eliminating hunger by offering free and reduced lunch in every cafeteria countywide. CCSD deems students living in families assisted by SNAP or TANF, students lacking a permanent address, or children who meet the definition of homeless, migrant, or runaway become eligible to receive free and reduced meals. Through providing free and reduced meals to students affected by the hunger epidemic CCSD fights alongside NC to eliminate hunger in the modern world.

Donating to food drives, volunteering at soup kitchens, and serving at food banks present further opportunities to eliminate hunger year-round. Donating a few cans to a local food drive or serving soup over the course of a couple of hours at a local soup kitchen allows numerous hungry souls to recharge their bodies and spirits as they enjoy food prepared with love in the warmth of their beloved food banks.

“Our Food Drive exists to guarantee that many local families don’t have to worry about their next meal. While this service project was executed on a smaller scale, it really does create an outstanding impact,” TC’s chairman of community service, sophomore, Will Green said.

During my visit to the food bank, I started my shift by handing out salmon to the hungry patrons. I did not hand out one serving of salmon without receiving overflowing gratitude. Each cup became routinely exchanged for an appreciative smile or an authentic “thank you”. Multiple patrons slept on the steps of the food bank eagerly dreaming of the warm meal that awaited them first thing in the morning. These patrons owned nothing except the clothes on their backs, yet their optimistic attitudes and grateful hearts filled the room with ostensible hope.

While one single person can not put an end to homelessness or hunger, by joining forces with all 7.6 billion of each other the world can experience salvation through service. By beginning locally and serving our communities, we make global impacts and serve our world. 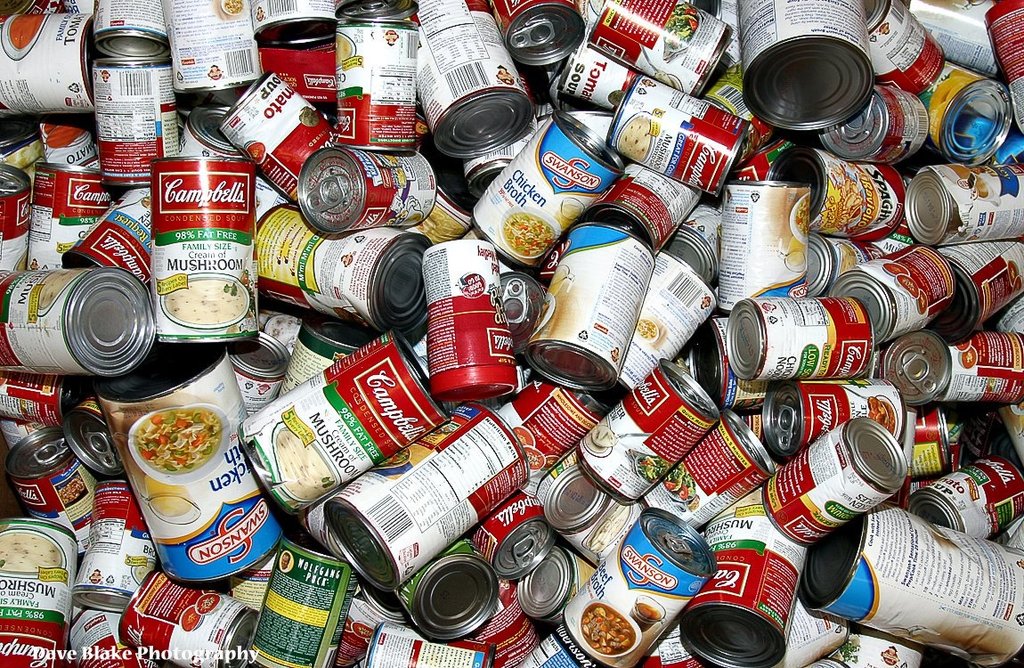