“Every girl needs a gloss to be a boss” 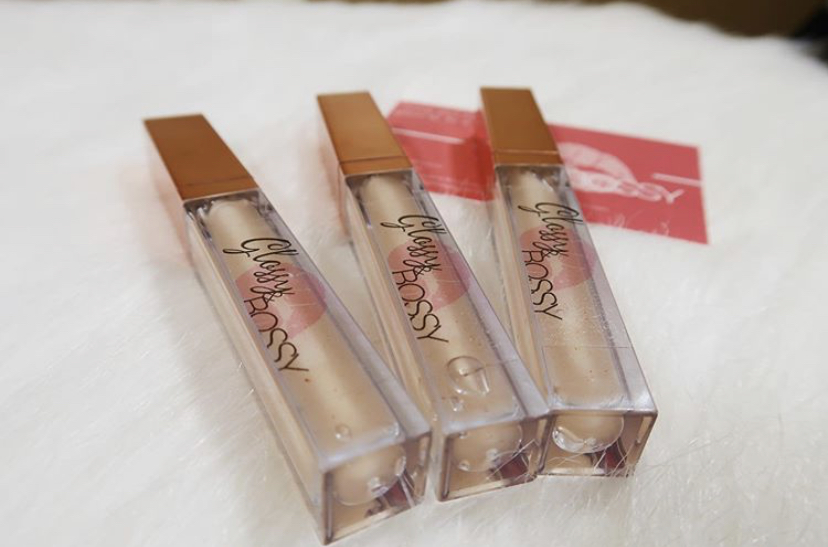 Instead of settling for an ordinary job for a teenager, NC senior Amina Sahovic created her own company and became the CEO of GlossyandBossy. “The most rewarding part of GlossyandBossy has really been seeing how far I’ve come mentally and physically to create this business. I have learned so much, and seeing all the people happy with their products makes everything so worth it,” Sahovic said.

NC senior Amina Sahovic carefully mixes dedication, passion and talent to perfect her lip gloss recipe that continually dazzles her customers. Sahovic combined her feminist, business and leadership values to create a business for herself and her community.

Sahovic worked relentlessly to turn her dreams of becoming the CEO of her own company into a reality at the age of 17. Sahovic’s dream quickly came into existence as she created her own esteemed company, GlossyandBossy. The open-minded dreamer noticed a want for reliable all-natural, vegan, and cruelty-free lip glosses that women feel confident wearing. She refused to rest until she met this need, not just at NC, but throughout her community.

Sahovic idealized GlossyandBossy in the spring of 2019 when she found herself experiencing a time of crisis. Instead of letting her struggles define her during the darkness she overcame every challenge that came her way, enabling her to see tangible results of her growth through GlossyandBossy.

“GlossyandBossy really started at a low point in my life, I was feeling lost and didn’t know where to go or what to do with my life. I decided to turn my struggles into something great for myself and became an entrepreneur to show everyone they can do anything they put their mind to,” Sahovic said.

Sahovic’s personal progress inspired everyone she encountered to overcome anything thrown their way and to always put their best foot forward. Her journey inspired numerous NC students to create look-a-like businesses that began popping up throughout the school. While this poses competition for Sahovic, she views it as a success and encourages everyone touched by her business to follow their dreams and to live passionately in all aspects of their lives.

“I encourage anyone wanting to start their own company to do it. It’s a risk, but also the best learning experience I’ve ever had. Those who try are those who make it far,” Sahovic said.

Starting a business meant countless hours of preparation for Sahovic. Outside of school and over the summer she spent the majority of her free time generating ideas, creating lip colors, and establishing a reputation through her social media presence. After endless hours of diligent work, Sahovic released her charming lip line on September 13, 2019. Sahovic ceased to disappoint with the launch of her line; the quality of her products amazed all who purchased from her business.

On the long-awaited day of release, followers could finally purchase products by placing their orders on Sahovic’s online website. Eight different flavored lip glosses became available to customers, varying in style. Customers could buy clear lip glosses in the flavors of marshmallow, honey, banana pudding, coconut milk and peaches, and pineapple. Sahovic also sells a bubblegum gloss, strawberry tinted glosses, and three unique glitter mint-flavored glosses. Customers loved each and every one of these flavor variations. Sahovic already sold over 100 glosses, quickly selling out of numerous flavors and forcing her to restock her supply in the midst of packaging the products that customers previously ordered.

“Seeing the hard work Amina has put in this company makes it so special. Everything is handmade and packaged by her. Her glosses are better than past lip products I’ve used from big brands because it’s so moisturizing and doesn’t leave my lips dry after which doesn’t happen often,” senior Evyna Milligan said.

Since its launch, GlossyandBossy rapidly grew. To Sahovics amazement, GlossyandBossy immediately received overflowing amounts of support and approval from customers. Alongside her friends and family, Sahovic advertised her products and promoted her newly founded business hoping to build a foundation for her company in order to maintain a stable income. Sahovic created an Instagram account for her company in April and utilized it as an outlet to promote her products and update her fans on important dates for GlossyandBossy. The Instagram page quickly caught the attention of NC students and social media influencers acquiring 423 followers since its creation.

GlossyandBossy’s success keeps Sahovic busy but she loves the chaos. She loves her company and feels blessed for each one of her customers. Sahovic reveals her gratitude through her beautiful hand packaging and consistency when it comes to restocking her products.

GlossyandBossy continues to flourish as Sahovic diligently works to adapt to her customers’ wants as the seasons change. Sahovic embraced the shift from short sleeves and sandals to flannels and boots by releasing four custom fall lip gloss flavors. These flavors included a clear vanilla gloss, a red pomegranate gloss, a beige cinnamon gloss, and a brown s’mores gloss. The release of Sahovic’s fall flavors filled NC’s hall with palpable buzz as girls shared their opinions on the newest flavors and swapped glosses. Sahovic released her holiday lip gloss flavors earlier this week and excitement filled NC’s halls once again. Her holiday collection includes Santa Baby, S’mores, Cinnamon, and Icey; this collection will bring in ample amounts of business for Sahovic creating the perfect Christmas presents for women of all ages.

Sahovic conquers the business world daily and prides herself on the sophistication of her company. She refuses to let her age hold her back and conducts business as a professional. The average entrepreneur age is around 45 years old. Sahovic triumphed this average by becoming an entrepreneur 33 years before the average business owner. She hopes to expand her business in the future and to inspire future entrepreneurs along the way.

“In the future, I see GlossyandBossy as a big company and plan on releasing many more products; this is only the beginning,” Sahovic said.