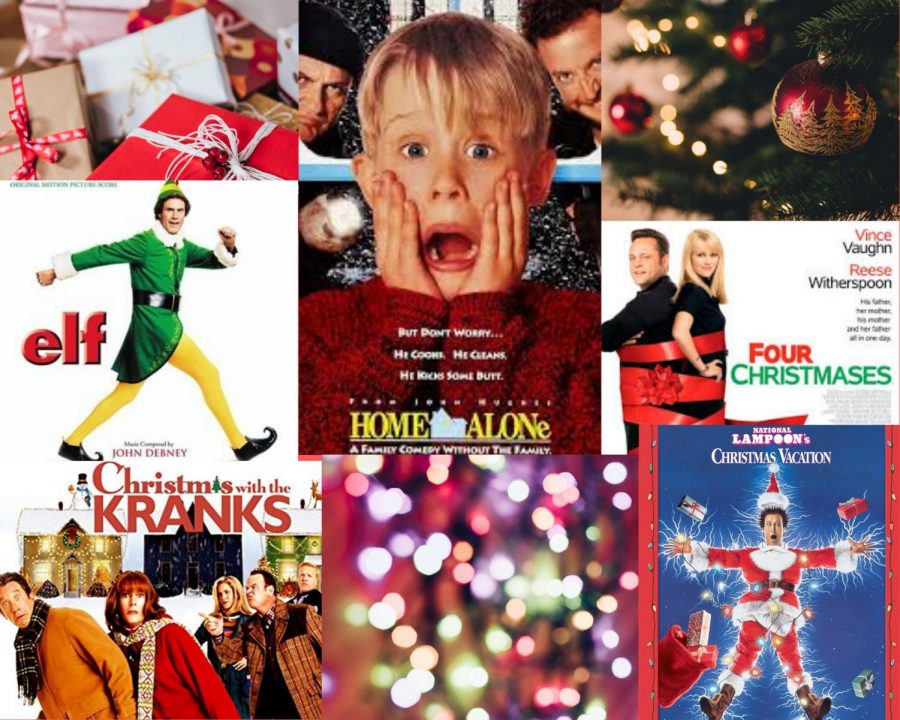 With Christmas around the corner, the holiday movies people know and love continue to spread joy and spirit. For years these movies served as yearly traditions and practices, making the Christmas season worthwhile and a time for celebrating family and friendship.

From playing festive music to baking colorful cookies, the holiday season remains a beloved time of the year with millions looking forward to it. As the traditions begin, the classic iconic Christmas movies people know and love bring excitement and cheer to the holiday season. With hundreds of movies to choose from and new arrivals each year, these classic movies that embrace the holiday season continue to remain high on movie viewers’ lists.

The first film in this iconic franchise hit theaters in November 1990, instantly becoming a classic Christmas hit. The movie features rambunctious eight-year-old Kevin McCalister (played by Macaulay Culkin), the youngest child who feels misheard and ignored among his large family. After wishing to spend Christmas alone, he wakes up the next day to find that his family accidentally left for Christmas vacation without him. As reality sinks in, Kevin enjoys his staycation while defeating the neighborhood robbers who continually attempt to break into his home. Using his wit and clever strategies he repeatedly tricks the robbing duo, defeating them and eventually reuniting with his family.

This hilarious Christmas comedy starring comedian and actor Will Ferrell hit theaters in November 2003. The movie tells the story of Buddy, an orphaned human raised by elves in the North Pole. As Buddy grows up he starts to doubt his place among the elves, failing all tasks and lacking their minuscule features. After years of trying to fit in with his fellow, he seeks adopted father Papa Elf for insight into his troubles. After Papa Elf reveals Buddy’s origin as a human, Buddy seeks out his real father Walter Hobbs, who works as a children’s book author in New York. After his long voyage, he meets his newly found half brother and father, takes in the sights, and spreads the essence of the Christmas spirit.

This hilarious rom-com released in November of 2008 and quickly became a Christmas favorite. The movie depicts the lives of couple Kate (Reese Witherspoon) and Brad (Vince Vaughn), who spend Christmas with their immediate families after a canceled flight to Fiji ruined their holiday plans. With each family visit, the couple rehashes the daily chaos of their immediate families. Throughout the day, embarrassing childhood secrets and memories spread, causing the couple to temporarily drift apart. In the end, the couple ultimately decided to settle down with a child and realize the true meaning of family during the holiday season.

Christmas With the Kranks

Based on the 2001 novel Skipping Christmas by John Grisham, this film features couple Nora and Luther Kranks, who become empty nesters after their daughter Blair leaves to join the Peace Corps. After careful consideration of the expenses of Christmas, Luther decides that attending a Caribbean cruise would better suit them for their holiday endeavors and save them money. When the news spreads, neighbors and local friends question their decision, taunting and persuading them to celebrate the holidays at home. After they discover Blair’s plans to return home with her new fiance for Christmas, preparation for the once canceled Christmas Eve party begins and neighbors help decorate, making it appear that Nora and Krank remained diligent in their yearly Christmas celebration.

This classic comedic hit and third movie in the Vacation movie series hit theaters in December of 1989. The movie sees Clark and Ellen Griswald (Chevy Chase and Beverly D’Angelo) and their kids Audrey and Russell allow their annoying cousin Eddie and his family to stay over during the holiday season. As Christmas comes to an end, Eddie and his family decide to stay a bit longer, much to the irritation of the Griswalds. With a ginormous Christmas tree, shattered windows and overly bright Christmas lights, the Griswald family experiences the trauma and difficulties associated with their large disruptive family.

As millions around the world prepare for the holiday season, celebrators of Christmas find themselves watching their favorite films, and with these popular Christmas movies comes the spreading of holiday cheer with family and friends, as Christmas remains the perfect time to sit and enjoy a movie by the warm fireplace.