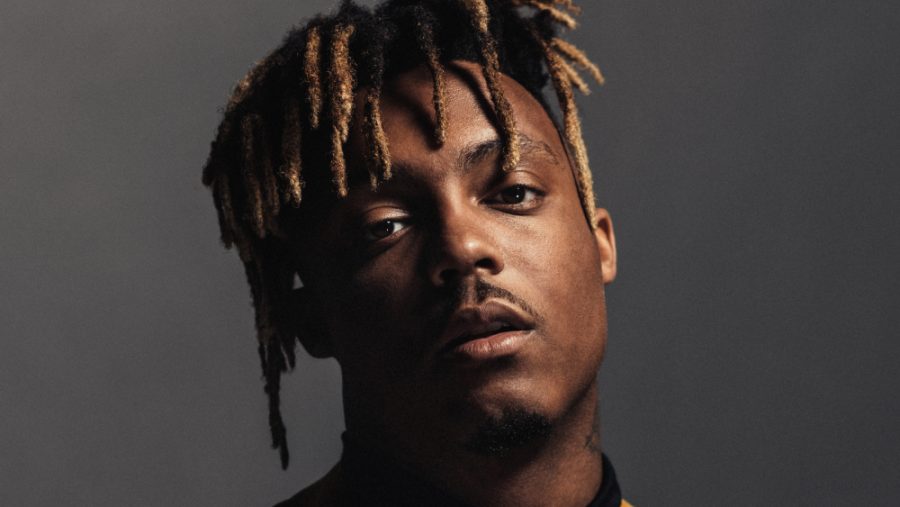 Jarad Higgins, more commonly known as Juice WRLD, lost his life on December 8 after suffering a seizure. Fans around the world mourn the loss of a young, talented life and as they keep his memory alive by continuing to promote his work. “Juice WRLD was a great rapper, his death is a huge loss,” Magnet junior Walker Goodsite said.

Jarad Higgins, known by his stage name “Juice WRLD”, passed in the early morning of December 8 after suffering a seizure in Chicago’s Midway International Airport hours before. Higgins’ cause of death currently remains unknown, but officials describe his convulsions as indicating a seizure and heart attack, with fans suspecting the involvement of illegal substances. Doctors at the Advocate Christ Medical Center in Oak Lawn pronounced him dead at 3:15 a.m.

“We loved Jarad with all of our hearts and cannot believe our time with him has been cut short. As he often addressed in his music and to his fans, Jarad battled with prescription drug dependency,” Higgins’ mother Carmella Wallace said in a statement to TMZ.

On December 7, pilots alerted federal agents of possible contraband on Higgins’ private jet and awaited the arrival of him and his entourage at the Midway Airport with plans to conduct a search. Authorities uncovered over 70 pounds of vacuum-sealed marijuana, several bottles of prescription codeine syrup, firearms, and more. Higgins began convulsing as this search occurred.

Artists in the rap industry, including Juice WRLD, hold immense influence over their majority of young audiences. Teenagers and young adults seek guidance and refuge through their songs. Although the music genre tends to heavily incorporate depictions of violent behavior and drug culture, artists tend to delve into more deep and meaningful lyrics throughout their careers that speak to their fans.

“Late junior year and early senior year I was going through a tough time and Juice WRLD’s music really helped me out. Every time I was down I would listen to his music. One of my biggest dreams was to see him live in concert and now I can never do that. I don’t think there will be another artist like him,” senior Max Wender said.

Higgins’ lifestyle and cause of death seem to follow a perpetual cycle of that which young rappers who recently died before him fell victim to. The tragedy of a young life lost strikes again in the rap community and as devoted fans grieve the loss of the beloved artist, there stands much to learn from Higgins’ unfortunate and untimely death.

Conspiracy theories swarmed the internet following Higgins’ abrupt death, most describing the incidence as either suicide or a faked death. Fans point to past tweets, plane locations and lyrics as evidence.

“I think that Juice WRLD actually killed himself because he knew that he would face time for having drugs on him. It’s a tragedy because I know people involved with drugs and this incidence really shows how dangerous they are to have and take,” senior Kyle Spicher said.

Although the debate regarding the potential danger of explicit rap lyrics continues, the more prevalent conversation regarding rappers’ lifestyles emerges. One can see the consequences of a life filled with violence and substance abuse when acknowledging the unnecessary and tragic demise of these young artists, and one can only hope for it to be construed as a lesson, or an, albeit heartbreaking, example of the deadly ramifications.

“Addiction knows no boundaries and its impact goes way beyond the person fighting it. Jarad was a son, brother, grandson, friend and so much more to so many people who wanted more than anything to see him defeat addiction. We hope the conversations he started in his music and his legacy will help others win their battles as that is what he wanted more than anything,” Wallace said.