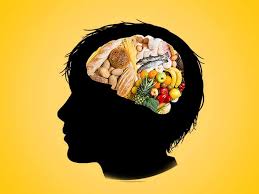 The foods people put into their systems, make up the quality compositions of their brain. Food helps the brain grow both mentally and physically. (courtesy Lifealth)

The foods people put into their systems, make up the quality compositions of their brain. Food helps the brain grow both mentally and physically.

How does diet affect mental and physical ability?

Nutrition has been called the single greatest developmental influence on humanity by multiple scientists such as Alan C. Logan, author of the book, “Your Brain on Nature,” and Leo Pruimboom, co-author of the paper, “Chronic inflammatory diseases are stimulated by current lifestyle: how diet, stress levels and medication prevent our body from recovering,” published by PubMed. Throughout history and even as of today, nutritional remains an essential element to humanity’s development.

A proper balance of nutrients in this formative period serves as a critical element for normal brain development. Shortages of nutrients can impair cognitive and motor development and irreversible effects. Like an expensive car, the brain functions best when given premium fuel. Eating high-quality foods that contain lots of vitamins, minerals, and antioxidants nourish the brain and protects from oxidative stress, the “waste” produced when the body uses oxygen, which can damage cells.

Unfortunately, just like an expensive car, the brain can be damaged if it ingested anything other than premium fuel. If substances from “low-premium” fuel, such as processed or refined foods, get to the brain, it has little ability to get rid of them. Diets high in refined sugars, for example, can harm the brain. In addition to worsening your body’s regulation of insulin, they also promote inflammation and oxidative stress. Multiple studies such as these from Healthline and NCBI, have found a correlation between a diet high in refined sugars and impaired brain function and even worsening symptoms of mood disorders, such as depression.

Today, fortunately, the burgeoning field of nutritional psychiatry is finding there are many consequences and correlations between not only what you eat, but how you feel, and ultimately behave.

Billions of “good” bacteria highly influence the gut. These bacteria play an essential role in your health. They protect the lining of the intestines and ensure they provide a strong barrier against toxins and “bad” bacteria; they limit inflammation; they improve how well the consumer absorbs nutrients from food. Most importantly, the “good” bacteria activate neural pathways that travel directly between the gut and the brain. Bonnie Bassler, an American molecular biologist explains “How bacteria talk” in the following clip.

Studies from Hopkins Medicine and Psychiatry Advisor have shown that when people take probiotics, which are supplements containing good bacteria, their anxiety levels, perception of stress, and mental outlook improve, compared with people who did not take probiotics. Other studies including Natural Health Courses have compared the “traditional” diets such as Mediterranean diets and Japanese diets to the typical “Western” diet and have shown that the risk of depression is 25% to 35% lower in those who eat high-quality foods being vegetables, fruits, and other highly nutritious foods.

Harvard Health Publishing shows that some of the most effective remedies that help clear the mental fuzz and pep up one’s energy include eating so-called “brain foods” to increase memory power and concentration. Nutrients such as vitamin K, healthy unsaturated fats, and protein serve as the best brain food properties. One can find these nutrients within green, leafy vegetables, fatty fish, berries, tea, and walnuts.

North Cobb Sophomore, Harmony Harvey-Morris, used similar foods to begin the Keto diet, a low carb, high fat, and high protein set of daily foods. While on the diet, Harvey-Morris explained, “The Keto positively affected me mentally by giving me more than enough energy to get through the day. During Keto, I eat lots of protein and a lot of vegetables, but little fruits because of how much sugar they have. Physically, it helps shave off some weight; it also helps with skin. If someone were to start a Keto diet, I don’t think it should be a one-time thing; it should be a lifestyle.” Harmony’s physical and mental results represent the effects diet can have on those developments.

Georgia Tech-committed and NC senior, Harry Ford, follows a similar diet that consists of “high carbs and protein” in order to increase the amount of muscle built after a workout. He avoids foods that have unhealthy sugars and empty carbs. He continues by explaining that “it definitely makes me feel stronger, healthier, and more active.” The diet helps give him energy for his body and mind.

A healthy diet can benefit one’s physical well-being in powerful ways. Similar to what Harmony said, a proper meal can provide someone with enough energy to effectively get through the day.

Studies from Ausmed state that under-nutrition, in the early stages of life, can affect the growth rate, maturation, body weight and height. It also shows evidence that maturation involves functions such as attention, memory, learning, and perception; some of the crucial instincts required in daily tasks. These developments, if treated poorly, can result in vulnerability to dietary deficiencies.

Obesity, a common form of dietary deficiencies, consists of a diet likely to have low nutrient-density as well as high fat and high carbohydrate content. Concerns grow about the prevalence of obesity, as this comes with an increased risk of developing cardiometabolic disease in adolescence and adulthood. Obesity also affects confidence and competence during physical activity and thus further compounds proper growth and development. 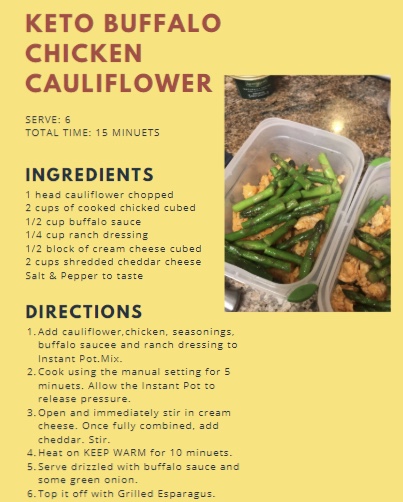 Netflix’s original documentary, The Magic Pill, reviews the effects of a good and bad diet by documenting how daily life and diet correlate. One of the films documents an autistic girl that struggles to walk, talk, share, and even grasp the simple concept of common sense. As the parents of the girl were interviewed, they shared their daily foods which they would give to the girl. Those foods consisted of Cheez-its, Goldfish, Cheetos, and many other unhealthy junk foods.

Trained nutritionists who were a part of the documentation crew, advised those parents to avoid unhealthy sugars, and encourage the girl to eat foods with high-fat, adequate-protein, and low-carbohydrates, which in simple terms, was the keto diet.

The concerned parents followed these regulations for approximately 3 months. As the weeks went by, the parents and nutritionists already began seeing positive changes in behavior, demeanor, and learning skills. It was a change too drastic to be ignored due to the fact that she began walking and correctly constructing sentences.

The link between good nutrition and healthy weight, reduced chronic disease risks, mental outlook, a positive mood, and overall health remains a topic too important to ignore. By taking steps to eat healthy, one will be on the way to getting nutrients the body needs to stay healthy, active, and strong. As with physical and mental activity, making small changes with diet can go a long way, and it’s easier than thought.