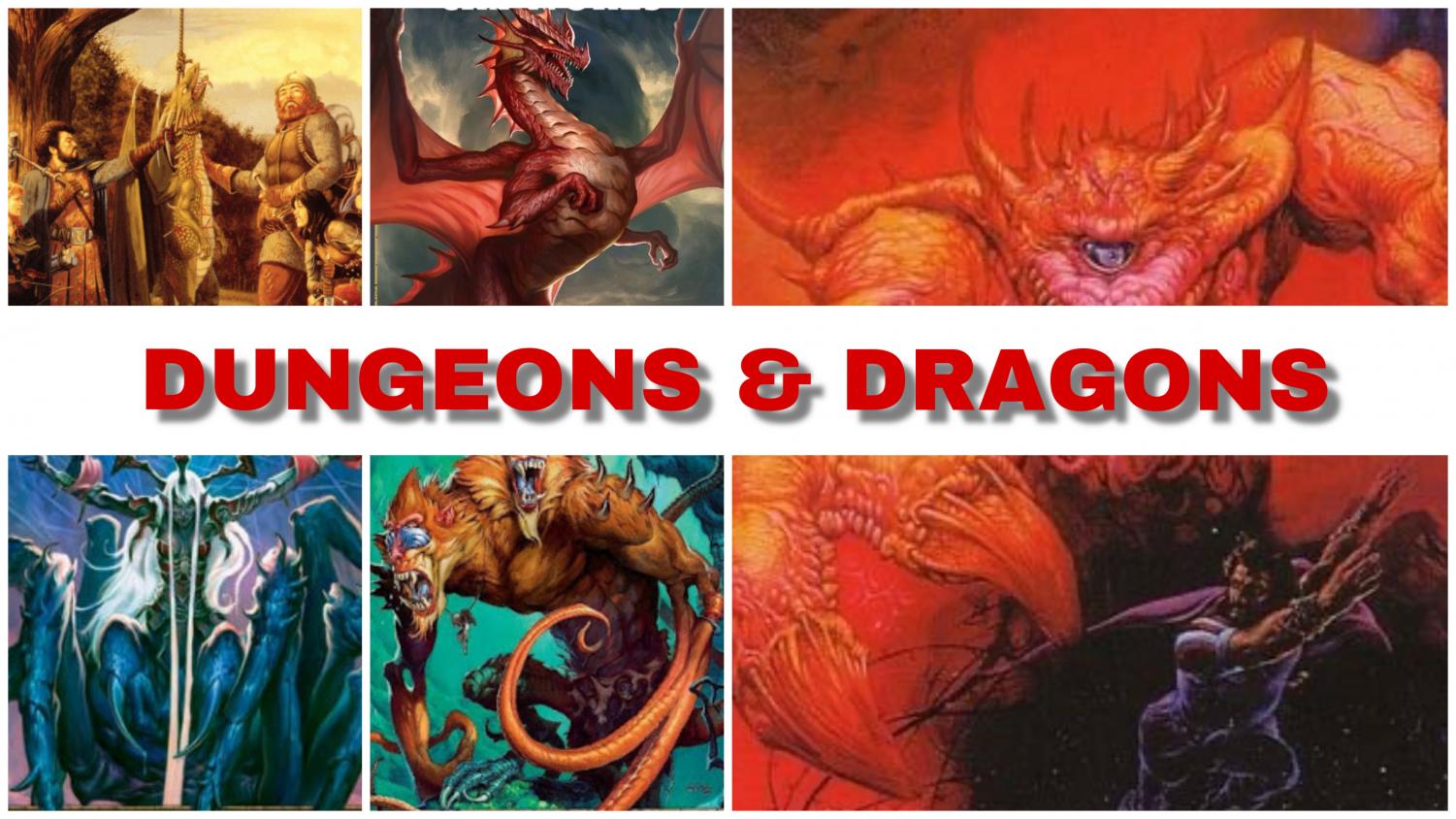 A collection of various covers from Dungeons and Dragons novels and rulebooks demonstrates how players use the game for many purposes, including escaping the real world, exercising their creative muscles, bonding with their friends and just having fun. Dice, books, and miniatures cover the table as tools to act out their fantasies. (courtesy of Wizards of the Coast)

A collection of various covers from Dungeons and Dragons novels and rulebooks demonstrates how players use the game for many purposes, including escaping the real world, exercising their creative muscles, bonding with their friends and just having fun. Dice, books, and miniatures cover the table as tools to act out their fantasies.

courtesy of Wizards of the Coast

Since their inception in the late 70s and early 80s, tabletop role-playing games(RPGs) such as CyberPunk 2077 and Call of Cthulhu faced scorn by the general public; this occurred due to the “nerdy” associations they carried, with some even seeing them as satanic. During the 80s in particular, a satanic panic over the game Dungeons and Dragons saw a constant stream of negative publicity toward the product. Despite these trials, the game continues to be manufactured and distributed to this day. For so long, the negative connotations of playing games like these have prevented many from trying them, so why now, 30 years later, does it appear that these games once again claim the limelight? This newfound popularity stems from the creation of podcasts such as Critical Role, which features prominent voice actors playing the game, and The Adventure Zone where the cast of My Brother, My Brother and Me play D&D as well as other games such as Monster of the Week. Another thing which is credited with the sudden appeal of such games is the ease with which new players can get into D&D thanks to the new iteration of the game, Dungeons & Dragons 5th Edition.

The first edition of Dungeons and Dragons came out in 1974. Prior to the panic in the 80s, forms of media such as heavy metal, video games, and tabletop role-playing games carried satanic associations, though D&D flew under the radar for most people. The disappearance of a Michigan State University student and movies such as Mazes and Monsters resulted in the start of the notorious era in Dungeons and Dragons’ history. James Dallas Egbert’s disappearance in 1979 was quickly blamed on a game he played. Mazes and Monsters, which came out three years after in 1982, blatantly depicts tabletop role-playing games as harmful to mental health. The main character, played by Tom Hanks, spirals into a state of permanent delusion after playing the game featured in the movie.

Another more recent depiction of the game is shown in the show Stranger Things. Here, the main characters use the game’s concepts and monsters to cope with the outlandish situations they found themselves in. It enables them to further understand the supernatural creatures they face off against and is used as a tool to show the maturity of the younger cast throughout the seasons.

This positive change in portrayal over the years lead to a massive spike in sales for Wizards of the Coast, owners of D&D. The following year after Stranger Things’ release in 2016, the game saw a spike in sales by 53%. Other shows featuring the game could also be credited with assisting this increase in popularity, with The Big Bang Theory, Rick and Morty, The Goldbergs, and Community as the most notable examples.

Television shows and podcasts are not the only ones responsible for this newfound popularity. Wizards of the Coast’s intention of making Dungeons and Dragons a more inclusive game contributes to the game’s accessibility to new players. Their goal to make the rules of the game easier to understand compared to the more math-heavy rules of editions prior making it easier to learn the game by simply sitting down to play with friends. It also helped to remove the nerdy stigma of the game by repealing the dungeon focused math-based aspects of the core gameplay. This, in turn, makes Dungeons and Dragons less about dungeon delving and instead has made it a creative outlet to tell any kind of story with a group of friends.

“Dungeons and Dragons in the media has changed over the years. People used to think if you played DnD you were a sweaty nerd that doesn’t leave the house. Now that we have series like Critical Role and The Adventure Zone and all of these other tabletop gaming podcasts and live streams people have started to play the game more. It won’t beat playing video games on the PC or Console but I feel like sitting at a table with a bunch of your fellow geeks acting and making jokes that you probably wouldn’t tell your parents about will take its place in future generations,” senior Zach Murphy said.

The popularity of the game can no longer be denied as it appears all over popular culture. However, seeing popular actors play it and watching it appear in television and movies does not on its own suffice to maintain such a large community of fans. Players attribute their enjoyment of the game to the plethora of activities the game has to offer. 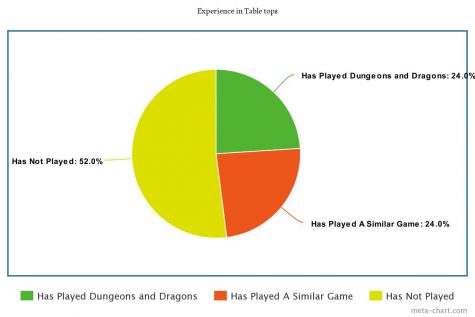 “I got into Dungeons and Dragons through my friends. I play it because it’s an incredible creative outlet and a great way to spend time with my friends doing something I love. I think its representation in the media is decent but very shallow in expressing what the game is truly about. It’s not just a geeky game for people who like fantasy. It’s an experience you put time and effort into and have to learn how to do. You have to think outside of your comfort zone, and experience scenarios that challenge your creative and cognitive function. Dungeons and Dragons grow you as a person if done right,” sophomore Gavin Williams said.

Dungeons and Dragons serves as an easily accessible creative outlet for those interested in trying it out. It allows players to live out fantasies such as slaying dragons, being prolific in more than one language and having a stable source of income.

“I love being able to enact awesome action scenes and tense stealthy scenarios with my friends. Besides that though, Dungeons and Dragons allows me to escape a lot of my worries for just a couple of hours and live out life as someone else. I don’t have to worry about stress with friends or family or a test I didn’t study for. I can just become my character and have fun,” Sophmore Darren Godfrey said.

Dungeons and Dragons witnessed negative press and its fans’ constant stigma for decades. The recent appearance of podcasts such as Critical Role and the ease with which new players can get accustomed to the new iteration of the game allows for such harmful associations with the game to become one with the past. New players find that the game makes for a fun creative outlet that they can enjoy with their friends. Wizards of the Coast continue to support and develop new content for Dungeons and Dragons and intend to welcome new players with open arms.