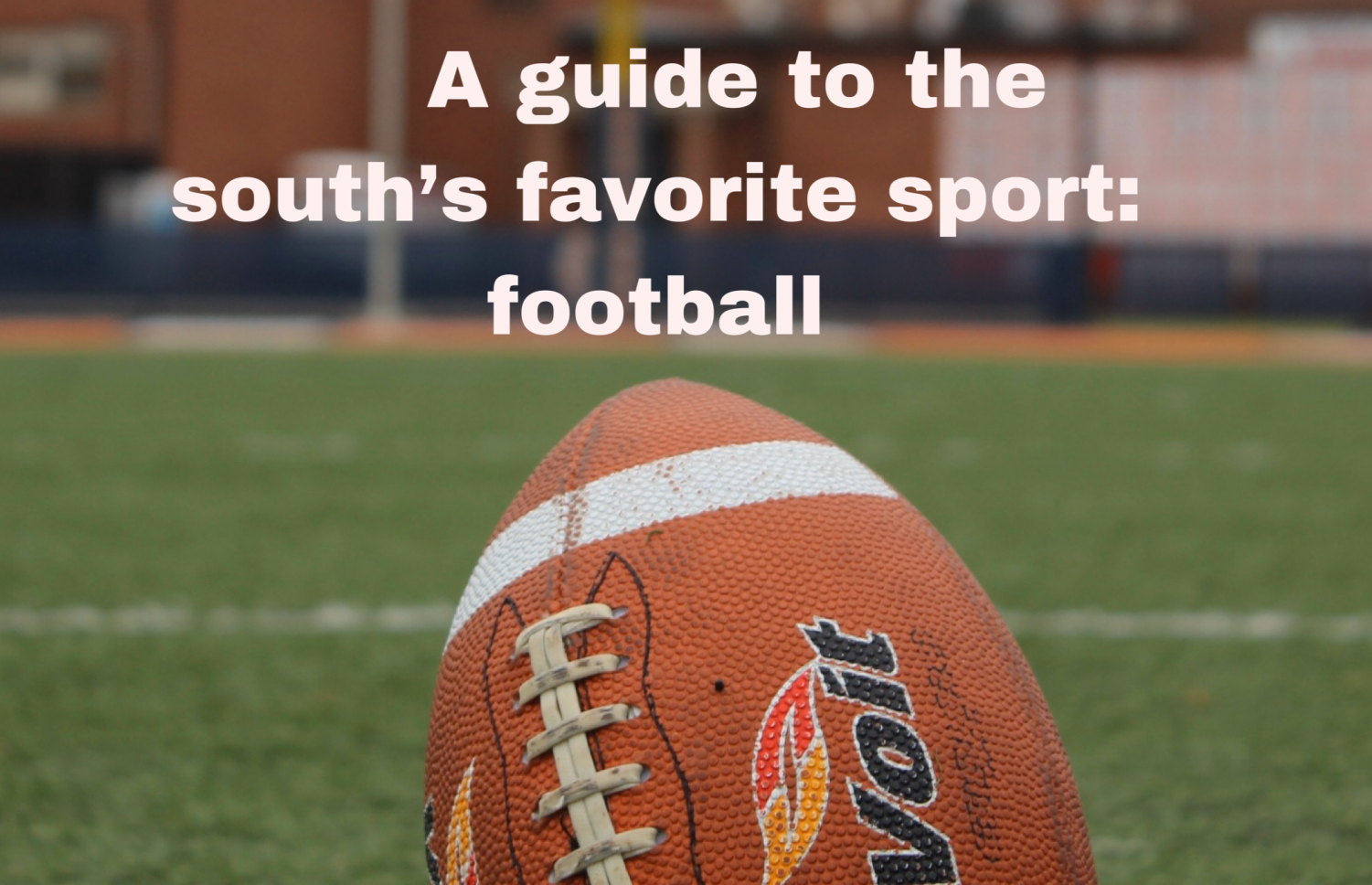 From tailgating, cowboy boots, cheerleading, family tradition, and extreme football dads, one may notice that in the Southeastern part of the United States, football plays a deep part in the souths culture. Whether it feels like religion, family, or an indescribable form of togetherness, football has built a community in the South. (Maddie Dean)

From tailgating, cowboy boots, cheerleading, family tradition, and extreme football dads, one may notice that in the Southeastern part of the United States, football plays a deep part in the souths culture. Whether it feels like religion, family, or an indescribable form of togetherness, football has built a community in the South.

A guide to the south’s favorite sport: football

From Friday Night Lights to SEC, football fever runs deep in the South. Friday Night Lights —referring of course to high school football games — remain a serious part of the culture in southern towns and cities.  The shouts from the student section, the bright lights, and the thrill of the game itself: football serves as the most popular sport in high school. During high school football games, one can find the student section dressed in themes for the game, such as a pink out or Hawaiian. The cheerleaders lead the student section into cheers to show support to the players, while the marching band plays the school’s fight song and performs during halftime. These three factors help to create the perfect environment for Friday night lights, which deems the main reason why the majority of high school students enjoy football compared to other sports.

“I don’t know much about football but football is a way of life in the South. I enjoy the environment and energy football games bring. Everyone is cheering for their team and bringing on positive energy in hopes of inspiring and hyping their up their team. Everyone in the stands is united since they are all cheering for that one team it brings all of them together, “senior Jackie Ortiz said.

Besides bringing joy to the student section, high school football games also bring possible college recruits for star players. Here, the community first starts to see the potential and talent of the high school football players who were just playing Little League 6 years ago. To the players lucky enough to receive recruitment, fans follow these players onto the next phase: college football.

Thanks to college football, super fandom begins to shape. In the North, students usually watch the game from their dorm rooms and usually do not throw huge parties. However, in the South, you can find students drenched in their school colors from head to toe, tailgating and screaming for their favorite player in the stands. The electric energy in the South leads the pack in faithful followers.

“In college football, especially at SEC schools, the games are on such a bigger scale than high school games. Being in a stadium with tens of thousands of other fans who are all hype is just unreal compared to high school games,” the University of Georgia student Kaitlyn Franklin said.

The origins of football’s high popularity down South finds its roots after the Civil War and Reconstruction. After the War, the northern (and specifically the Northeast) region of the country dominated the South both financially and industrially.  In the 1920s this seemed to change when the University of Alabama Crimson Tide football team won the Rose Bowl game and the “National Championship” against the University of Washington Huskies.  The prestige and the home-grown pride unleashed from this achievement lit a fire under every southerner.

“College football is still pretty big in the Midwest thanks to the Big 10 conference, especially with Ohio State and Michigan. Although it’s not quite as big of a deal as SEC, football is still important up North,”  Franklin said.

From Friday night lights to Saturday night college games and to Sundays with the NFL,  the young men of college football now find themselves as men of the NFL and Southerners now have an extra day to root for their favorite team. 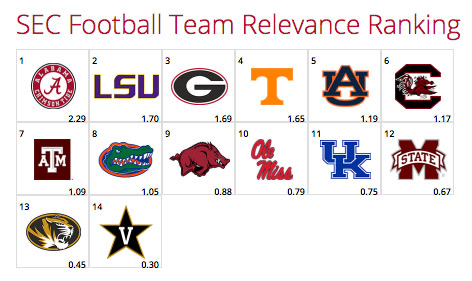 Perhaps the most popular and successful national league in America, the NFL creates perfect parity compared to college football. Unlike most professional sports today, no matter where you live in the country, your team receives an equal chance of winning the Super Bowl—which caused the NFL to grow in popularity throughout every corner of the country, not just in New York, Boston, Chicago and Los Angeles.

In the fall, southerners usually spend their Saturdays with a tall, ice-cold Coca-Cola, a chili dog, and their feet propped up while watching their favorite football team. The rivalries, traditions; tailgates; and regional pride for one’s team play a major reason for football’s popularity in the South.