Conditioning for the start of a new season 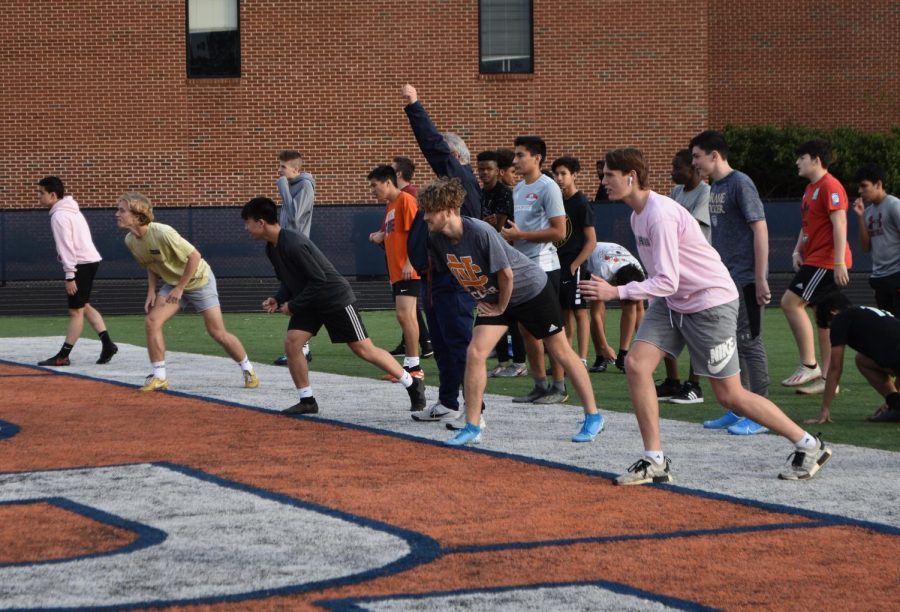 As the spring soccer season rolls around, players ease back into shape with intense training and conditioning. Conditioning for both boys and girls began on Monday, January 6 and continued through Thursday, January 9. Any new or returning player required a sports physical to participate. Once players turned in a sports physical, Varsity boys Head Coach Glenn Pannell and Varsity girls Head Coach Justin Buckles distributed numbers among players for the upcoming tryouts.

“I’m excited to get back on the field and play the sport that I love most. Conditioning is a crucial part of ensuring that everyone is prepared and in the best shape possible,” senior Kaan Vann said.

Players separated into two groups, as the girls and boys worked on different drills. On the first day of boys conditioning, players ran a mile as a warmup. After their warm-up, they ran 50-yard sprints, followed with 100-yard sprints. The cardiovascular exercises focused on building physical strength and endurance. They finished the day with drills for speed and acceleration. Players sprinted over mini hurdles as they ran back and forth. The following day of conditioning began with the same warmup. Players then divided into two groups: one group ran a timed two-mile run, while the other group worked on agility training drills. The remaining days of conditioning consisted of the same drills, but coaches timed the players on each drill.

The girls’ conditioning consisted of similar drills, including the timed sprint drills and a two-mile run. Players also performed agility ladder drills, which trained footwork and helped to improve agility, balance and speed. Players alternated the drills each day of conditioning.

As players continue to train before next week’s tryouts, coaches, excited to see the great potential of these new and returning players, look forward to the upcoming season.