Kicking off the new season with tryouts 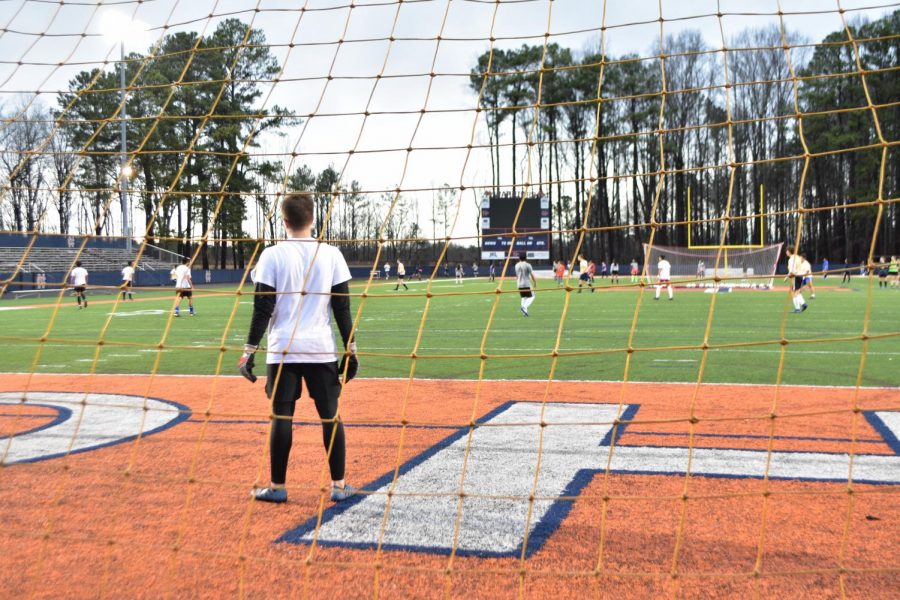 Boys’ soccer tryouts consisted of a variety of drills and scrimmaging that allowed players to show off their skills on the field. Coaches evaluated their skills and considered which players would make up the best team possible. The selected players will continue to practice and train as their first game day approaches on Friday, January 31.

Rain or shine, players prepared for tryouts as they walked onto the field with their cleats and soccer balls. Boys tryouts took place on Monday, January 13 and Tuesday, January 14 after school.

Day one of boys tryouts began with a 6v6 defensive drill. This drill helped players strengthen communication with one another, establish a rhythm in possession and increase the speed of play. After the drills, players ended tryouts with a scrimmage, where Varsity boys Head Coach Glenn Pannell saw the players in action. This enabled players to show their skills on the field and practice against players with different skill levels.

Day two of tryouts consisted of a three-tier shooting drill, which allowed players to work on various types of finishes and ended with another scrimmage where coaches made their final decisions. Coaches posted their final decisions for the junior varsity (JV) and Varsity boys teams outside of their classroom doors on Wednesday, January 15. The teams consisted of new and returning players that eagerly await for the season to begin.

“Since we’ll be getting new players, we’ll have to work on communicating as a team. It’s important to develop friendships with each other in order to build the chemistry needed to make a team successful,” senior Zack Concha said.

Former Varsity and JV players welcome the new players to the team, as they give advice on what makes a team successful. The ability to work together and communicate will make their season more successful than ever before.

“It’s important to put work outside of the fields, whether it’s practicing at home or working on ball control. You have to be committed to the team and understand that we’re all in it together,” senior Kaan Vann said.