Dancing for the kids 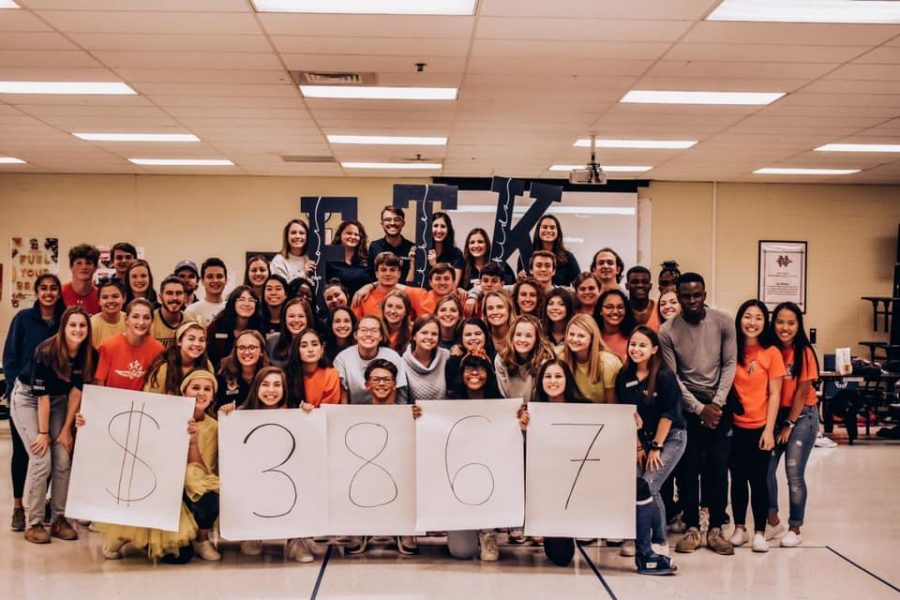 With students from both NC and Georgia Tech coming together to dance for the kids, they raised over $3,000 that will entirely go to CHOA. Through their dancing and fundraising, new friendships were made between high school and college students as they collectively worked towards helping children in need.

Partnering with Georgia Tech, Warrior for the Kids (WFTK), a club at NC, held a dance marathon at NC to raise money for Children’s Healthcare of Atlanta (CHOA) on Saturday, January 18. As students from both NC and Georgia Tech danced for those who could not, they raised $3,867 for the kids at CHOA to relieve families from the stress of medical bills. The event consisted of dancing, food, games, and standing for six hours straight.

With help from Georgia Tech students, sophomore William Green made this magical day happen by spending countless hours organizing an event that will help children receive the medical attention they need. With this as his second year helping with the event and his first year leading, Green filled the room with energy by picking two “hype leaders” from each grade level. He also assigned each grade level a color that the team members decked out in and competed in games, such as an egg race and relay races, throughout the afternoon to win over the other grade levels. The juniors led the way in the games for the majority of the event, but during the last games, the seniors pulled through with the first place spot.

“Most of the preparation for the event consisted of logistics, such as coordinating a date with the FTK chapter at Georgia Tech and reserving the event space. I also needed to ensure that we had staff on-site and food to feed all of the students,” Green said.

Various members of the community came together to share stories of their time with CHOA: NC alumni Sandy Dang made an appearance at the dance marathon to share her experience at CHOA as well as her appreciation for the hospital for helping her fight thyroid cancer. The story touched the audience and encouraged donations to help other students like Dang.

Along with FTK shirts for sale, those at the dance marathon could put someone in “jail” by donating any amount of money. Once the person in jail raised the same amount of money, they could keep on dancing. Raising over $3,000 from donations, merchandise sales, and throwing friends in “jail”, all in all, the marathon flew by and students deemed it a success.

“I was very pleased with the turnout and how the event was executed. There was a rocky start with minor technical difficulties, but we quickly got into the swing of things and raised $3,867. Next year, I am hoping to double the turnout and raise over $5,000,” Green said.