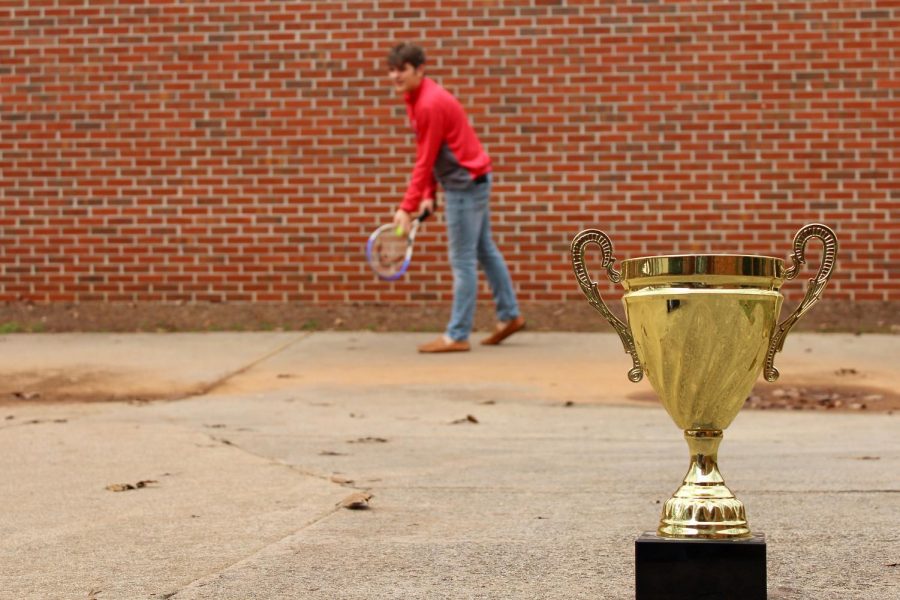 The boys Varsity tennis team includes several new players, as well as two new managers. Those with and without experience plan to do their part to ensure the team’s success, including the managers. “This is my first year managing. I do know the team is different this year with the seniors gone, but I know [the team] will excel this season,” sophomore and manager Kiana Hawley said.

Last year, NC’s Varsity boys tennis team advanced to the state playoffs, becoming the runner up to the 2019 state champions. The memorable season marked the first time a tennis team from NC made it to state in over five years, an encouraging development for all of NC’s tennis teams. The Varsity boys team recently gained a team record of 19-3, a score that set high expectations for their matches this season. The team hopes to maintain their reputation and increase their skill level in anticipation of becoming state champions.

“We’ve got a really motivated group this year, especially coming off such a great season. We should be pretty solid. Our expectation is to take the region for the third year. We’re younger than we were last year, but we’ve still got the drive and are still really passionate, and we’re going to take it one match at a time,” Varsity boys Coach Nishmin Porbandarwala said.

Despite losing senior players, NC presents a strong team this year with returning Varsity players, as well as promising boys moving up from the junior varsity team. As older players graduated and the team shifted, new and returning players express aspirations to uphold and further advance NC’s reputation in the season to come.

“We lost a lot of seniors and there are some new faces, but I hope to show the opposing teams that North Cobb is still very good,” Alarcon said.

This reputation will affect the events of the season as the team prepares to take on several challenging teams. Because the boys displayed a high level of skill and sportsmanship in the past, their coaches received and accepted several offers to play other high-level and challenging teams this season.

“We’ve got a tough schedule; a lot of teams wanted to play us since we were so competitive last year, so it won’t be an easy ride until we get to state. We may have some losses, but that’ll be humbling and get us ready for some serious competition,” Porbandarwala said.

To withstand these difficulties of competition, team members work noticeably at building the bonds between each other in hopes of creating a stronger, more cohesive team after certain influential senior players left. Porbandarwala mentioned one specific example of this movement.

“Peyton [Stack] has really taken the lead in motivating his peers, like saying, ‘Come on guys, let’s go out and hit off-season!’ He’s really been trying to get the group together,” Porbandarwala said.

Sophomore Peyton Stack achieved a personal record last season of 16-4 with scores of 5-1 in singles and 11-3 in doubles.

New managers also prepare to do their best to build up the confidence of the players and help them face their opposing teams by encouraging and providing help when needed.

“I’m most excited about being able to work with the team and aid them while they compete against other tennis teams. The games are what I look forward to the most [because] I hope to contribute inspiration and be a big supporter for the boys,” sophomore manager Kiana Hawley said.

Although the outcome of this season remains unpredictable, the Varsity boys team continues to prepare for difficult competition as supporters rally around the team hoping for the best.