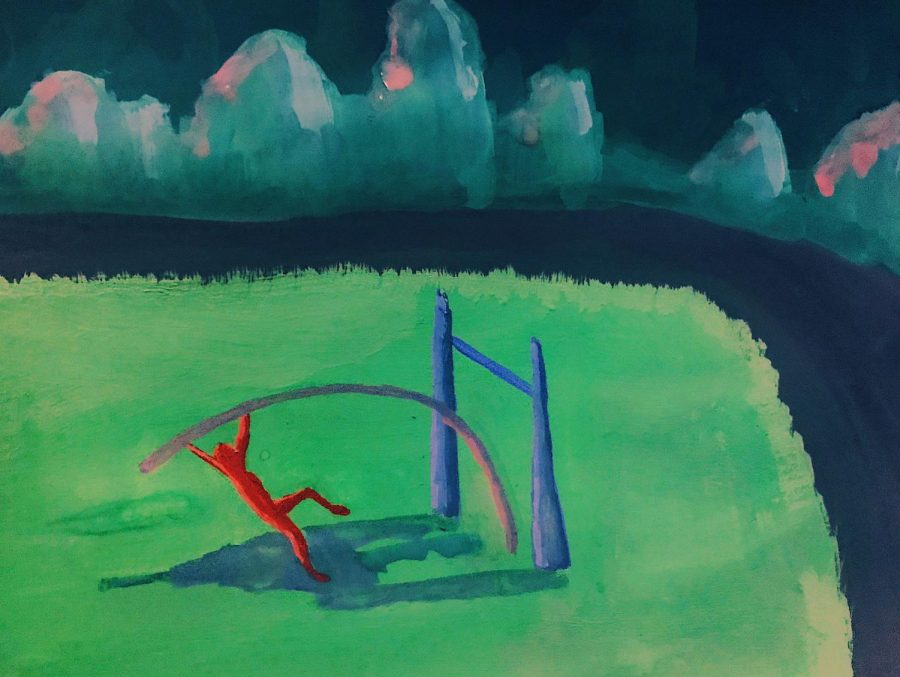 Magnet junior Malik Butler began pole vaulting last year, and continues to make progress in the sport this season, cultivating the combination of strength, coordination and speed required for pole vaulting. He hopes to vault over ten feet this season. “Always try something new like I did with pole vaulting and you never know, maybe you’ll have something new you love doing,” Butler said.

Among track and field events, pole vaulting stands out as a sport where athletes propel themselves into the air, vaulting over a horizontal pole with the goal of clearing it. A successful vault demonstrates the culmination of hours practicing and learning, shown by NC’s pole vaulting team as they work to improve their skills.

The team begins a promising season this year as several experienced vaulters return to pick up their poles and continue the sport. One notable vaulter, junior Jackson Kutsche, broke NC’s pole vaulting record last year with a height of 14 feet 7 inches. Kutsche strives to vault even higher this year by practicing the offseason to maintain his skills. Composed almost exclusively of upperclassmen, the pole vaulting team’s collective experience remains an asset in competitions, and they all hope to continue improving in the upcoming season. Those who possess less experience show continuous progress as they learn from their teammates and coach.

”We have the potential of qualifying 4 vaulters for the state meet this year, and I am hopeful for at least one state champion. I predict that we will bring home over 12 individual pole vault medals this year,” pole vaulting Coach Mike Thurman said.

While this season promises great things for the team, several vaulters will soon graduate, making this their last season. This inevitable reality may cause the team to decrease considerably in size, as pole vaulting remains a relatively unknown sport at NC.

“No one really knows about pole vaulting, and unless you’re already doing track you’re [probably] not going to want to do it. I just kind of wait until track starts and then see people who seem interested in pole vaulting and try and lure them in,” Magnet senior Tali Porter said.

To those who may wish to join, the sport may appear unsafe, and like nearly every other sport, it does come with its risks. However, vaulters agree that the rewards outweigh the risks and difficult training.

“It seems dangerous, but it’s really not that dangerous if you know what you’re doing. It’s really fun, and it’s really hard. It’s probably one of the hardest sports, but it’s so worth it, especially on our team, where we have one of the most supportive pole vaulting groups in the world,” Porter said.

The format and difficulty of the sport lends itself to goal setting, as pole vaulters constantly raise the bar.

“My personal goal for this season is only one injury instead of the two from last year, and reach 16’ 6” by the end of the year. My hope for the team as a whole is that we will have more kids go to state than last year,” Kutsche said.

Injuries became setbacks last year, but vaulters continued to do the best they could despite the roadblocks.

“I [had] just came back from a hand surgery, so it kind of sucked for me because I had to change hands. When I was left-handed pole vaulting, I had been clearing pretty high heights, like ten feet, and I had to change to right-handed. Hopefully, this season will be better. I’m optimistic to keep working on my right hand and getting better,” Porter said.

The whole team manifests this attitude of improvement and progress, developing their skills and preparing to vault over any obstacles in their way.