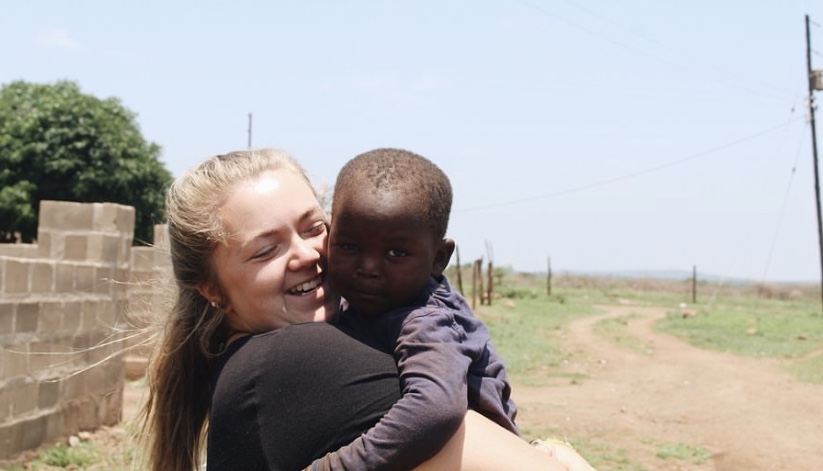 After three months of preaching and teaching in Swaziland, NC alumni Maggie O’Bryan carries her memories of helping people from all walks of life with her. She will bring home these memories from Swaziland, Thailand and Nicaragua, and remember them for a lifetime.

Almost five months ago, NC alumni Maggie O’Bryan and Sam Barnhart departed on a nine-month-long journey gap year to spread their faith in Swaziland, Thailand and Nicaragua with an organization called the World Race. For the first three months, the girls taught Evangelism and English in Swaziland and recently completed their first month in Thailand.

The daily lives of O’Bryan and Barnhart looks different from typical nineteen-year-olds. Instead of attending college, the girls wake up around 7 a.m. to begin their hour-long walk to their care point, a place that distributes food and disciples students. After playing with the children, the team heads home to spend time with Jesus. Although difficult, this work fuels them to keep spreading their love for Jesus and overcome the challenges of living out of a backpack presents.

Spending every hour together for five months bonds people together deeply. In Thailand O’Bryan and Barnhart’s teams became very sick: though this may sound like a nightmare, it actually brought everyone even closer together. Barnhart appreciates both the ups and downs of her gap year as she declares African sunsets and storms the most beautiful. Similarly, O’Bryan admires how these months changed her as a person, even though this journey presents daunting challenges.

“Living out of a backpack has its ups and downs, but never having to worry about where your clothes are is nice. Lugging a fifty-pound pack across a border is not always super fun. You get used to it though and it’s nice living “minimalistically.” It shows you that you really do not need much stuff,” O’Bryan said.

Recently, the World Race squad began teaching English at an all Buddhist school. The girls feel excited about the stories and testimonies from their time at this school and Nicaragua will hold. Their time on this journey does not only consist of work, though: O’Bryan reflects on their adventures seeking out beautiful rivers and sunsets in Africa and Asia, and even worshipping on the streets makes the hard times, such as missing their friends and families during the holidays, worth it.

“On Thanksgiving, which we spent in Swaziland, we all got up and cooked for our squad and invited people in the community to eat with us. The coolest part was that we were not going to have enough food, so we prayed that it would be multiplied, like when Jesus fed the 5,000. No joke, we have left over on left overs! Jesus showed up and showed out,” O’Bryan said.

An experience like this often changes its participants for the better. Barnhart reflects on how these four and a half months made her see the world in a new light. After seeing the people full of love from all different backgrounds and situations, she defines “rich” a new way.

“Money is truly not worth anything in this world. There are people who live on the streets that have more to offer than someone who lives in a four-story mansion. Traveling and being in the field for a while helps you become more than self-aware of all aspects of your own life,” Barnhart said.

After hitting the halfway mark for the World Race, the girls feel motivated to keep spreading the love in Thailand, and soon Nicaragua. Both recommend the gap year to those not desiring to attend college directly after graduating high school. The lessons learned and memories made overcome any challenge Barnhart and O’Bryan experienced on this life-changing adventure.