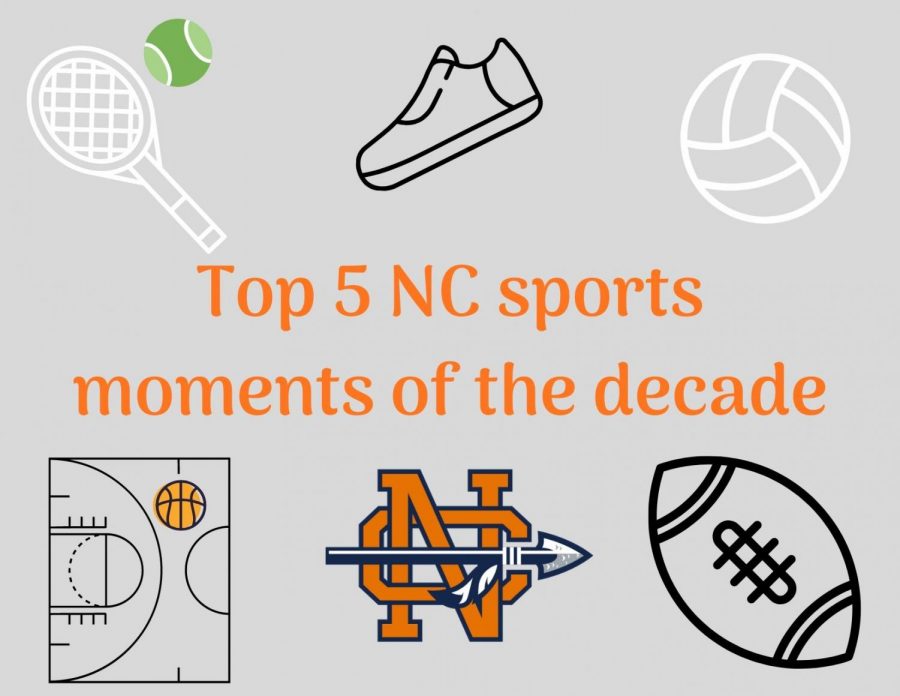 During the 2010s, the NC Warriors garnered a plethora of success in all sports. Competing in the GA 7A conference and a tough region, the Warriors appeared in several state championships and region championships. Atop the list featured the 2014 girl’s volleyball team winning the state championship, and many other successful teams. Mixed with high caliber student-athletes and strong coaching staff, NC developed a rich athletic history over the course of the decade.

Talk to almost anyone in the Kennesaw-Acworth area, and most can recall an interaction or important moment that they experienced with an NC sport. As you stroll through the hallways of NC, one makes an evident conclusion that the Warriors exhibit a rich history of success in the athletics department. From state championship runs in a multitude of sports to professional athlete alumni, NC established a stout athletic program, possibly one of the best in the state over the course of the 2010s. Looking back to the year 2010, not many would predict the future success of the future Warrior classes.

On Saturday, November 1, the 2014 girls’ varsity volleyball team earned NC’s first state championship title since 1983, with a gut-wrenching five-set win over the North Gwinnett Lady Bulldogs 25-21, 24-26, 18-25, 25-13 and 15-9. At the time, Coach James Auld, who now holds the position of Magnet coordinator, led the Lady Warriors through a tough 32 round draw, eventually prevailing as champions. After trailing 2 sets to 1, former NC volleyball alum Christina Matacotta and Savanna Gonzales clawed the Warriors back to victory. Since then, Coach Stephen Sansing took the role of head coach, and posted a 35-10 record, with a region championship, and an appearance in the Elite Eight. Achievements like these have brought about the addition of a new boy’s volleyball team.

“From the area championship until now was definitely a Cinderella story. We were as low as we could be after getting dominated by Harrison. A lot of girls were questioning because Walton would meet us in the second round,” Head Coach James Auld said.

After multiple hard-fought wins over Valdosta, Hughes and Mill Creek, the Warriors traveled to Lovejoy High School to take on the Wildcats. Led by quarterback Tyler Queen, who had committed to the Auburn Tigers at the time, the Warriors received high praise to win this 7A match, but ultimately fell short, 63-42. With little defense and high scoring offenses, both sides gave fans an intense game to watch, especially with such elite quarterbacks in Queen and the Wildcat’s Alejandro Bennefield. Though a tough loss, the season marked the first postseason win in NC history for football since 1979.

“Lovejoy boils down to a series of 1-on-1 matchups. That’s their scheme defensively, and it’s unconventional. They have great personnel on that side of the ball,” Head Coach Shane Queen said.

On May 11, 2018, NC earned its first state championship since the girl’s volleyball team in 2012. Rashan Alkins, part of the Varsity Track team, won the GA 7A high jump state championship. This achievement came after Alkins earned a mark of 6-6, clearing the height on his first attempt, unlike his fellow competitors. Alkins jumped slightly higher than the second-place finishers, and he secured first place ahead of fellow Cobb athletes such as Kennesaw Mountain’s Joshua Chatman, placing fourth (6-4) and Marietta’s BJ Ojulari, placing fifth (6-4). By adding another state championship to NC’s trophy cases, he also created more opportunities for other track athletes.

4: 2019 NC tennis team gets to the state championship after a triumphant season

The most recent notable performance an NC team posted, comprised of the 2019 Boys tennis team, led by Coach Nishmin Porbandarwala. After beating the Wheeler Wildcats, Milton Eagles and Walton Raiders by a 3-2 decision, the Warriors finished second place to the Brookwood Broncos. Featuring 5 seniors and multiple freshmen in their lineup, the Warriors finished with a 19-3 record and produced several all-county players.

“This has definitely been an unforgettable season. I am so proud of how far the team has come and to say that we’re competing for a state championship is surreal. It is a lot to take in, especially to end my senior year; it feels like a dream come true,” former NC tennis alum Blake Williams said.

5: 2012 NC basketball team compiles a 26-5 record and falls in the state semifinals

The 7A fifth state-ranked NC Warrior basketball team worked their way through the GA 7A state playoffs with a trip to the state semifinals, facing off against the Norcross Blue Devils. Playing without star guard Saxon Steele, Florida Gulf Coast commit Jordan Neff and future professional basketball player Lee Moore led the way for the veteran Warrior team. Competing at McCamish Pavilion, home of the Georgia Tech Yellow Jackets, the Warriors lost 59-54 in the final minutes. Coached by existing Head Coach Terry Gorsuch, the 2012 season marked their most successful basketball season in NC history.

After such a successful decade of athletic achievements, the Warriors hope to continue their success going into the 2020s. There’s only one question: Who will take the crown as NC’s next state champion?