A look into the new girls’ lacrosse season 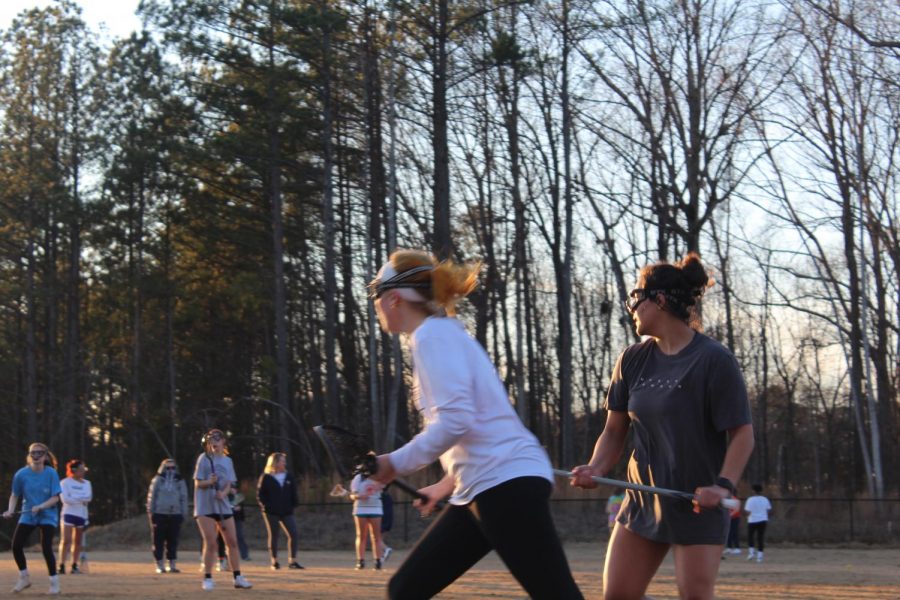 With the 2020 NC lacrosse season just around the corner, the NC girls Varsity lacrosse team prepares for their season by conditioning intensely every day, Monday through Friday. After failing to make it to playoffs this year, the Lady Warriors plan to come back stronger than before thanks to new and returning players and a stronger bond as a team.

With the spring season approaching, the NC girls Varsity lacrosse team prepares for their season with workouts, including skill drills to boost their athleticism, ball movement and field competence. The coaches and players work together, focusing on strengthening their weaknesses.

“We have to get our fitness level up because we have a new rule where there’s free movement, so we’re going to have to be more active and fit on the field,” NC Varsity girls lacrosse Coach Kathy Ezzell said.

Last year, the Lady Warriors struggled to win as a team, ending the tough season with seven wins and ten losses. Despite not making it to the playoffs last year, the team represents a more-prepared team this year thanks to the strong bonds between new and returning players and challenging workouts. After losing nine seniors last year, players aspire to uphold and further advance NC’s reputation for the upcoming season.

“We lost a lot of seniors after last season, and we have had some underclassmen that are stepping up and helping Varsity out. We also had a lot of players work hard over the summer that are helping us out,” Magnet senior Kathryn Bywaters said.

As players continue to train for the season coaches, excited to see the great potential of these new and returning players, look forward to the upcoming season. With high hopes for the 2020 season, the team looks forward to returning to the field again with their first game on Tuesday, February 11 at Campbell High School.

This year, the team hopes to increase their skill level on and off the field, in anticipation of making it to playoffs. Although the outcome of this season remains unpredictable, the Lady Warriors continue to prepare for difficult competition as players and coaches hope for the best.