Call of the contestants: 5 athletes to look out for in the 2020 Summer Olympics 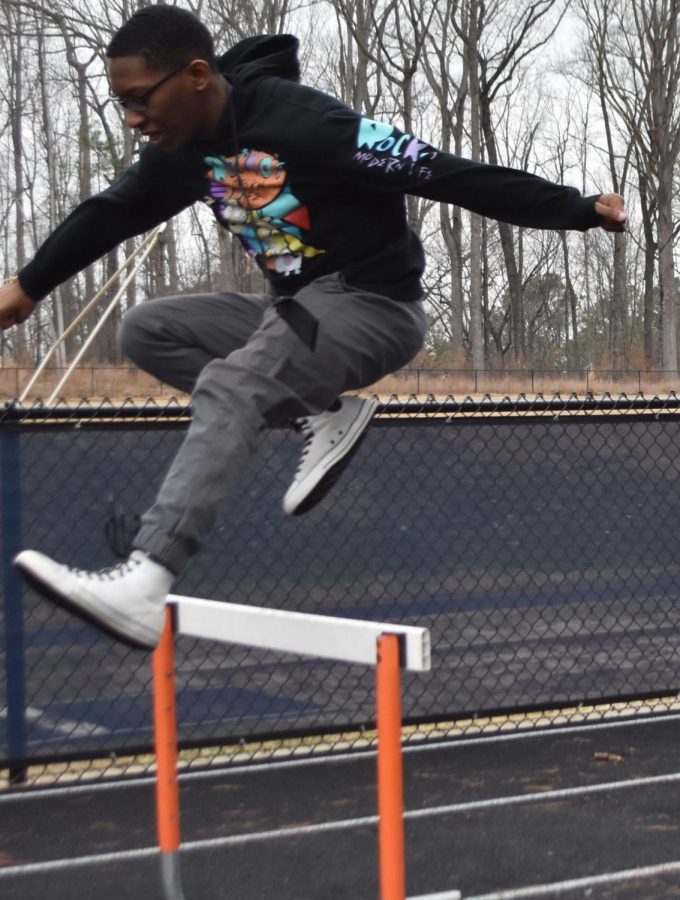 A legacy sport for the Olympic Games, two versions of hurdles exist: the first sees 10, 3 feet tall hurdles spread out across a 110-metre track, while the second sees them spread across a 400-metre track. Bumping into hurdles or tripping carries no penalty for runners, though most Olympic coaches advise them to clear them cleanly.

As one of the greatest gatherings in modern human history, the Olympic Games (both their Summer and Winter variants) tend to draw in a crowd. Countless reporters from across the world cover these events every four years, an entire legion of companies market and help pay for these events, and well over a billion people tune in to watch the games.

However, it seems like people tend to look over the most important people attending the games: the athletes themselves. Made up of the most accomplished and talented sportsmen in the world, the athletes amaze viewers all over the world with their speed, strength and precision. Besides their status as sports greats, these athletes can serve as an inspiration for people around the world.

With the games only 5 months away it appears that the games will undergo something of a shift this year, as a new generation of Olympians seems poised to make their mark on both the event and on the world. A generation brimming with potential and passion: passion for the sports they play and for the nations they honor, but most importantly, for the legacy of the Olympics.

University of Florida swimmer Caeleb Dressel faced a terrifyingly tough battle when he first arrived at the 2016 Rio Olympics. Besides the stiff competition he faced, Dressel needed to live up to the massive legacy of Michael Phelps, who he competed alongside in the 4×100 meter freestyle relay. Despite this, he far exceeded expectations, earning 2 gold medals in Rio for the 4×100 and the 4×100 meter medley relay. This, combined with his holding 7 world records in swimming, makes it clear that this Gator can take a bite out of the competition.

Representing your nation in the Olympics comes with a great deal of pressure; representing your nation the same year they host the games brings even more. Fortunately for Japan, artistic gymnast Takeru Kitazono can easily bear that weight on his shoulders. Making his debut at the 2018 Youth Olympics at Buenos Aires, Kitazono won a whopping five gold medals for the all-around, floor, rings, parallel bars and horizontal bars at the ripe age of 16. Though he must fill the shoes of legendary Japanese gymnast Kohei Uchimura (who will likely not attend this summer), Kitazono’s impressive record shows him as a worthy successor.

When the International Olympic Committee (IOC) first announced the addition of sport climbing (more specifically combining Lead, Speed and Bouldering into one set) to the event roster, the climbing community criticized this choice by arguing that forcing participants to take place in speed climbing minimizes the individuality of each discipline. This controversy will not stop Janja Garnbret from making her mark on this new sport. Originally from Slovenia, those in the rock climbing world best know her for her astounding consistency. In the four years since she started competing in the Lead Climbing World Cup, Garnbret participated in 31 events. She made an even greater splash when, at only 17 years old, Janja won the International Federation of Sport Climbing (IFSC) World Cup for Lead Climbing. Described as “a reincarnated spider monkey”, fans should keep an eye out for this up and comer.

Debuting at the 2014 Commonwealth Games, Australian track and field athlete Kelsey Lee-Barber seems almost immune to the pressure associated with the Olympics. Starting her professional career at the 2014 Glasgow Commonwealth Games, she managed to come in 3rd place in her category, with a javelin throw of 62.95 meters; her skills have seen a steady increase over the years, shown by her scoring silver in the 2018 Gold Coast Games with a throw of 63.89 m. The Tokyo Olympics mean more to Lee-Barber than most other attendees: she made her Olympics debut at Rio in 2016, where a “stress fracture in her back” severely hindered her performance, causing her to land in a disappointing 28th place among the qualifiers. Despite that, the young athlete made it clear even then this failure would not deter her from her dreams.

“Give me four years and I’ll be back stronger, I’ll make the final and I’ll fight for a medal,” Lee-Barber said when interviewed afterward.

Undoubtedly the biggest name heading into the games, Biles’ career looks set for a massive boost. Making her Olympic debut at Rio, she instantly rose to superstar status, winning an astonishing four gold medals in just a week. Her 24 medals in both the Olympic Games and World Championship have resulted in her status as the most decorated gymnast in American history and the third most decorated in the world.

Considering all the internal issues facing the attending nations, the Olympics’ ability to let the world take two weeks to push those aside and see the best of each nation on display matters more than ever before, and looking at the roster for this year, the world looks set for a great time.