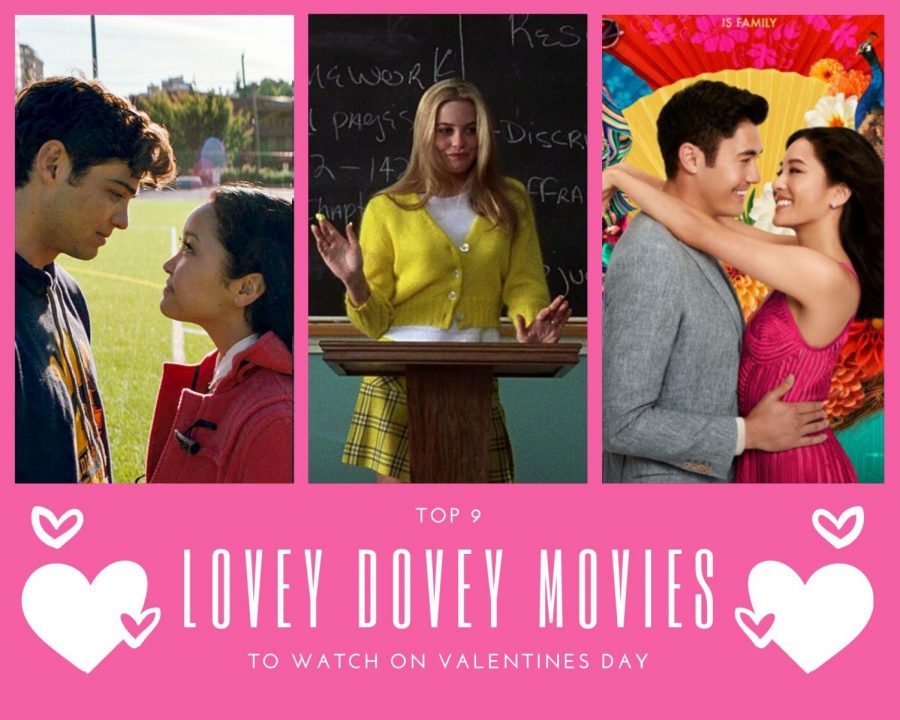 Feeling lonely during this year’s Valentine’s Day? Well, the perfect remedy for this exists. So sit down, relax and enjoy this list of 9 romcoms that will entertain you during the holiday.

Most people spend Valentines’ Day with their significant other, and while hundreds of people identify as single everyone can enjoy the day by watching romantic movies. If Cupid has not hit you with an arrow this year and you just plan to stay at home, here is a list of 9 Rom-coms that range from classics to hidden gems.

To All the Boys I’ve Loved Before/P.S. I Still Love You

Since the release of the first film in this series, it instantly became a classic. Both movies follow 16-year-old Korean-American Lara Jean and her countless crushes: she writes letters explaining her love for each of them, though she never actually sends them. One day her sister does, with Lara Jean now dealing with the aftermath of the situation where she ends up fake dating Peter Kavinsky, the popular high-school jock (and one of the recipients of the letters), to help him win back his ex-girlfriend.

This 2007 cult-classic follows the life of Jenna, a waitress at a small-town diner with a special talent for baking pies. Jenna is unhappy with her marriage with her abusive husband. She ends up pregnant and decides to leave her small town but before she knows it she has started an affair with the new town doctor who is the only one who knows her secret plan.

Considered as one of the staple 90s movies, Clueless retells the story of Jane Austen’s novel Emma in a modern setting. Cher Horowitz stands as the school’s it-girl and considers herself a good matchmaker. After achieving success from making two teachers date, Cher decides to give new girl Tai a makeover, only to see and start to see that Tai is becoming more popular than her.

Based on the 2013 bestselling novel of the same name, Crazy Rich Asians became a smash hit and received acclaim for its storytelling and Asian representation. Rachel Chu and her boyfriend Nick Young go on a trip to Singapore for Nick’s best friend’s wedding; but unbeknownst to Rachel, she stands on the cusp of Asia’s richest and most powerful families, with Nick as the most eligible bachelor.

In 1960s America, middle schoolers Juli and Bryce struggle to make sense of the relationship between them (which started during their childhood): when Julie met Bryce she instantly fell in love with him, while Bryce remained indifferent to her feelings. A few years later Julie outgrows her crush on Bryce, with Bryce now showing interest in her. This movie tells its story through rewinds that show both points of view and show how certain events may affect one person while the other comes out unscathed until the consequences of their actions come back to bite them.

In this classic rom-com, Will Smith plays Alex “Hitch” Hitchens, a professional dating consultant hired by a man to help him win the heart of Allegra Cole, the most important woman in New York. In the meantime, Hitch struggles with his own techniques as they begin to fail with the woman he tries so hard to impress.

Sandra Bullock and Ryan Reynolds star in this movie that follows a bossy book editor who faces deportation and her assistant who agrees to marry her in order to let her stay in the country. The conditions to this agreement include a trip in which she must go on a trip to visit his family in Alaska.

This film follows Jenna Rink, a 13-year-old tired of the challenges of junior high. One night Jenna wakes up as a 30-year-old, and even though the adult life seems fun and easy for her at first, she soon starts to discover the challenges that adulthood and love with an old childhood friend contain.

Regarded as one of Hillary Duff’s best movies, A Cinderella Story places the beloved classic story in the early 2000s California. The film depicts the life of Sam, a young girl working as a waitress at a diner her father used to own. Her stepmother now owns the restaurant and does her best to make it impossible for Sam to go to her school’s costume ball. 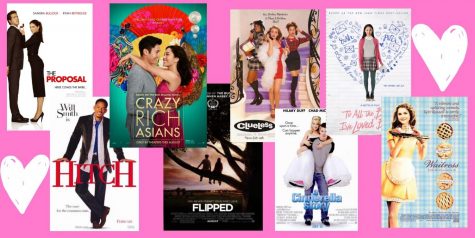 Pull a bucket of popcorn and the people you love close to enjoying this collection of movies, most of which can be found on common streaming services. Happy Valentine’s Day!