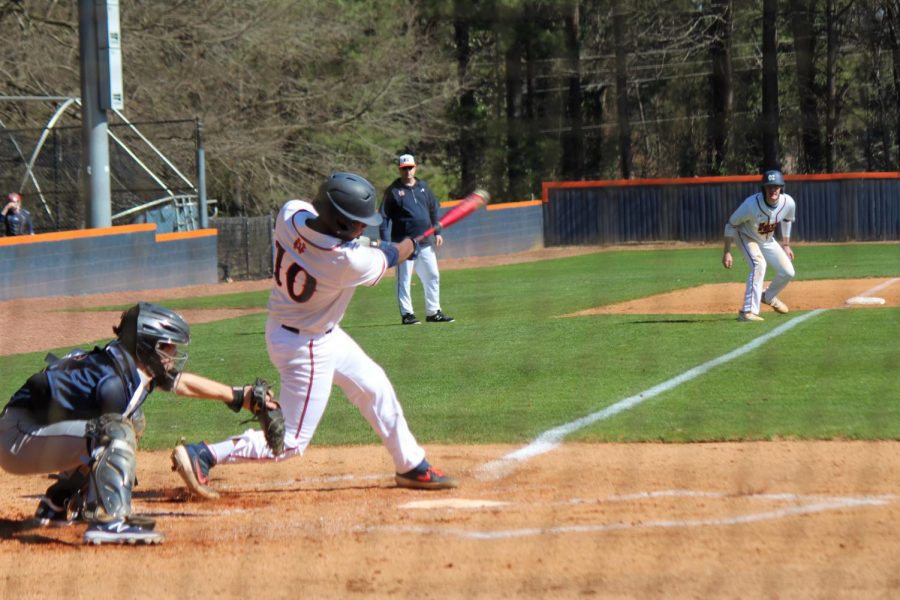 After multiple postponements due to heavy winter rains, the NC Warriors faced off against the Wheeler Wildcats on Saturday, February 15. Heavy rain delays served as an obstacle throughout the week, but the Warriors refused to let that stop them from reaching victory.

At the top of the first inning, the Warriors gained an early lead by securing two runs, and at this point, the Wildcats needed to catch up quickly if they wanted to come out with the victory. The NC defense almost succeeded in preventing any runs but allowed one run, as well as a stolen base from Wheeler.  At the bottom of the inning, the Wildcats managed to score one run from a bunt squeeze play.

“I love these guys on and off the field. They’re a great group of guys, but we have a long way to go,” sophomore Isaiah Hoskins.

By the second inning, the Warriors scored three runs from Harry Ford, Isaiah Hoskins and junior Trevor Lovett. The game of baseball may not include cheerleaders, but the NC dugout made sure to cheer on and encourage their teammates. The high energy of everyone on the field kept the game energetic and showed the bond between the players.

“I think we’re going to go far in the season based solely on how we play and work together as a team,” sophomore Jacob Mann said.

From that point on, neither team managed to score a run. Hoskins pitched for the remainder of the game, and the defense behind him refused to allow any runs or stolen bases. Hoskins and Ford did not hesitate to throw down first or second base. Nearly every batter who stepped to plate hit foul balls until they finally hit or struck out until NC garnered a small glimmer of hope with a potentially major hit out to left field; however, the left fielder for the Wildcats killed the hope when the ball landed in his glove. He caught the final out that ended that half inning.

The final half-inning still went scoreless for both teams and the Warriors held the lead by four runs. The Wildcats finished the game with disappointment and a final score of 5-1. The Warriors celebrated and went on to play Wheeler for a second time.