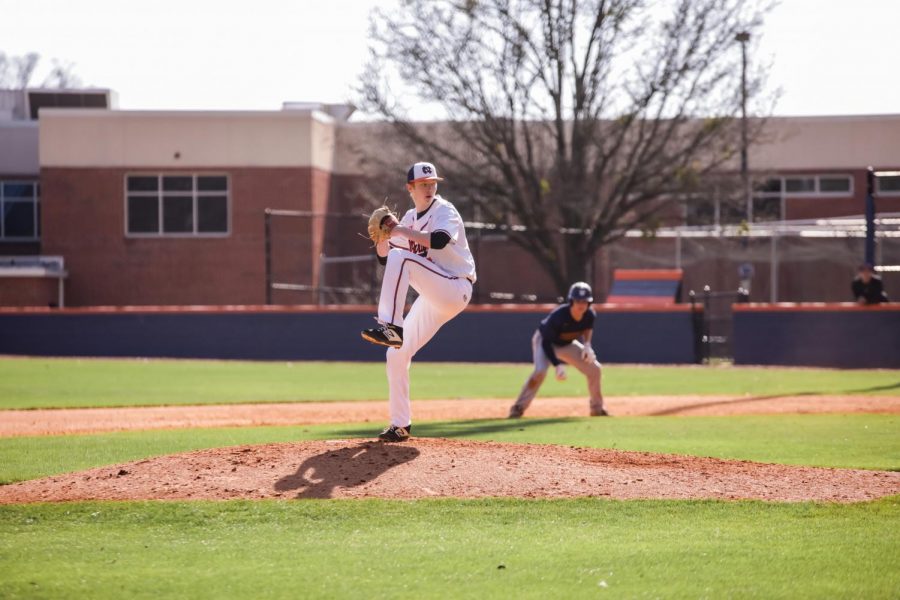 NC Varsity baseball player Ethan Fry recently committed to LaGrange College to further his academic and baseball career. After playing baseball for the majority of his life, Fry prepares to extend his career to college as he hopes to eventually play for a Major League Baseball team.

Varsity pitcher and outfielder Ethan Fry played for the NC Warrior baseball team for the past four years with the hopes of continuing baseball in his college career. Fry started his baseball career at five years old and does not imagine his life without the sport in it. After college and high school, Fry hopes to either play for the major leagues or work for a Major League Baseball team.

“I knew I had a passion for the game from the moment I first stepped on the field. Achieving success on the field was a very big motivator of mine,” Fry said.

After working hard for four consecutive years during high school and making strong relationships with his teammates and coaches, Fry recently committed to LaGrange College to further his baseball career. After receiving other offers from Berry College and Truett McConnell University, LaGrange stood out the most to him because he felt at home when he first visited the college.

“I chose LaGrange College because I felt it would be the best fit both academically and athletically for me for the next four years. I felt at home the first time I went on a campus visit,” Fry said.

At LaGrange College, Fry aims to receive a bachelor’s degree in business with a focus in sports management. The long term goal for Fry involves becoming a Major League Baseball player. If that does not work out, Fry plans on using his degree to work with a professional sports team and either become a marketing, budgeting, or financial analyst in the future.

As senior year comes to a close, Fry feels excited for what the future holds as he takes his next steps to prepare him for this new chapter of his life. During his time playing baseball for NC, Fry developed a strong bond with his team as they all look out for one another. The experience of playing for the same team all four years made it enjoyable for Fry as he will miss playing for NC next year.