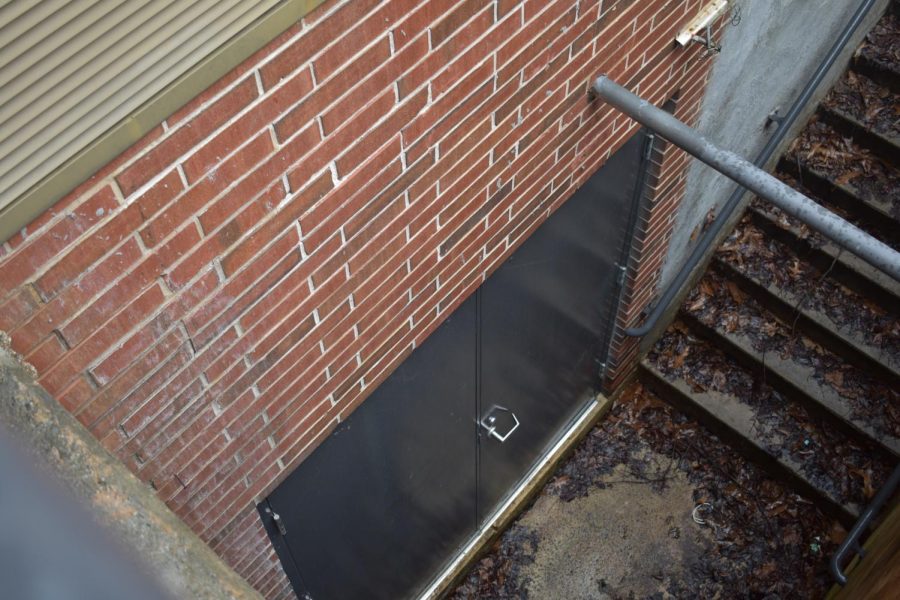 “Yes, the rumors are true. Unlike the alleged pool on the roof of the Deal building that we tell all the freshmen about, the bomb shelter is real. Did we want students to know about it? Not really,” NC Principal Matthew Moody said. A recent perusal of The Chant’s archives revealed that the bomb shelter built during NC’s initial construction might still exist. “We don’t really know much about it though, so there’s not a lot I can tell you… no one has been down there in ages,” Moody said.

40 years ago, in an issue of The Chant from February 29, 1980, Managing Editor Kelly Goodson wrote a news article sharing details about the discontinuation of NC’s bomb shelter.  In the late 1950s and early 1960s, the threat of nuclear war drove Americans to construct fallout shelters in their homes. When Cobb County School District officials began planning the construction of NC in the early ’50s, the blueprints included an underground bomb shelter one level below the basement.

Goodson reported that construction workers boarded up the entrance of the shelter during winter break for the 1979-1980 school year. At the time of its closure, all of the students at NC knew about the bomb shelter, even though administrators no longer conducted routine drills. NC’s earliest students remember participating in atom bomb drills that prepared them for nuclear attacks of varying severity levels.

“Of course I remember the shelter. We had to go down there once every month, for the drills. It was big enough to hold the entire student body. I don’t suppose it could hold them all right now— there weren’t nearly as many students attending North Cobb during its first school year as there are now…There were B drills, where we just did duck and cover drills in our classrooms, and then there were A drills, where we would all go down to the bomb shelter and wait in there until the drill was over,” said Dan Kemp (Goodson 1980), who recently retired from working at the auto repair shop he opened in Acworth after graduating from NC in 1959.

The doors that allowed access to the bomb shelter, located behind the main building near the old gym and the football field, still exist today. According to Goodman, the basement storage area beyond those doors holds a stairwell that leads down to the bomb shelter. When the routine fallout drills ceased in 1968, faculty and students repurposed the shelter.

“Technically, we weren’t really supposed to be down there, but I won’t tell if you don’t. Some days we would be lucky and [the janitors] would leave it unlocked. It was a great place to hang out and… partake in a few [illicit activities]. I won’t say exactly what we were doing, but I’m pretty sure you can guess. Don’t want to get in trouble if [an administrator] reads this.  So I’ll stop talking. It was [illegal] though, by the way. Anyway, imagine our disappointment when we came back from winter break and found caution tape at the top of the steps,” (Goodson) Harry Taylor, NC class of 1980, said.

“There was a bomb shelter here? When did they drop a bomb on us? That’s so weird. Can people still go into it? Cause I really want to see it,” NC sophomore Mia Adams said.

Unfortunately, while the basement still remains intact, current administrators do not know about the state of the bomb shelter, which resides in the level below it. Previous administrators removed the canned food rations stored in the shelter at the time of its closure, meaning it most likely remains empty. For years, administrators attempted to open the lock on the door inside of the basement that leads directly down to the shelter. Anything or anyone could be down there, waiting to be released…