Movies that will freak you out during self-quarantine 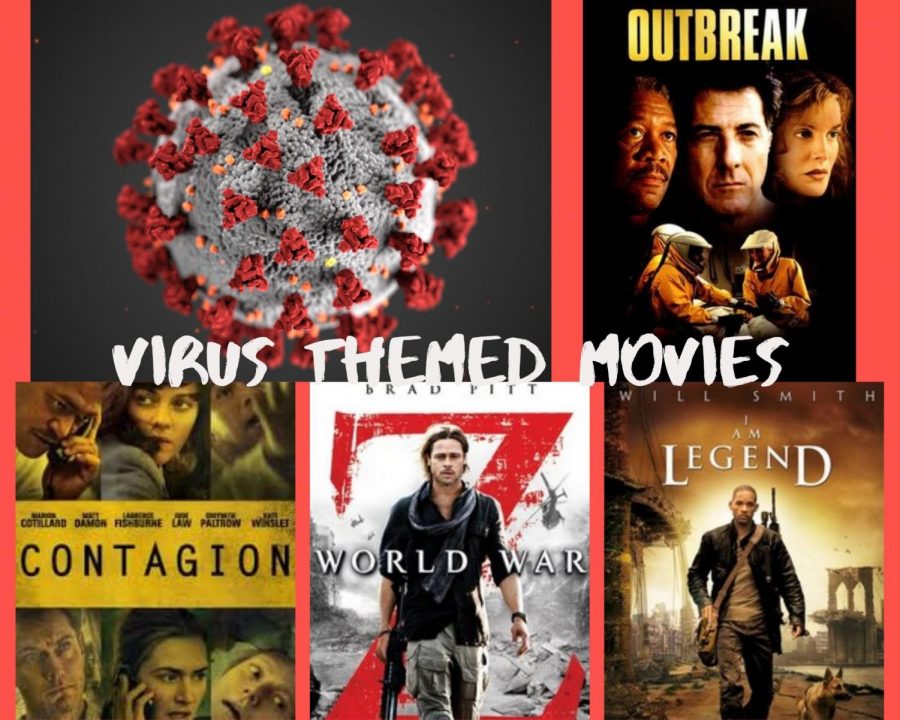 While millions around the globe remain under self-quarantine, enjoying movies and TV shows with dynamic characters and interesting plots helps ease the burden. These movies, which at times depict horrid and life-altering pandemics within fictional worlds, can also help one remain self-aware while inducing increased paranoia. As the virus continues to wreak havoc, watching films similar to current events will promote an alert and aware environment.

Amidst the deadly coronavirus outbreak, billions across the globe seek shelter, staying home to prevent further spread of the disease. As schools and businesses close, students and teachers return home with a sense of underlying boredom, turning to their favorite TV shows and movies as comfort during hard times. These movies, which provide multiple forms of entertainment, can also spread awareness through films that provide similar characteristics to the ongoing pandemic.

This petrifying thriller hit theaters in 1995, becoming an instant success. The film tells the story of a deadly airborne virus threatening civilization after an African monkey carrying a lethal virus enters the U.S. The virus spreads rapidly throughout a California town, sending a paranoia to surrounding citizens and local communities. To contain the virus a team of doctors, including contagious disease expert Sam Daniels (Dustin Hoffman) and his ex-wife Robby Keough (Rene Russo), work tirelessly to fight the virus to save residents and the town itself. The pandemic within the movie resembles similarities to the coronavirus with its airborne qualities as well as the rapid fear induced to the public, sending a shock to current viewers.

This zombie apocalypse-themed film debuted in 2013, starring the ever so famous Brad Pitt. After a deadly zombie pandemic plagues the city of Philadelphia, former UN employee Gerry Lane, wife Karin and their two daughters witness the rambunctious and violent war with zombies attracted to sound. As chaos spreads, the family flees to Newark taking refuge in the couple’s apartment. Andrew Fassbach, a friend of Gerry, concludes that to contain the virus and create an effective vaccine, they must find the origins of the outbreak. After arriving in Camp Humphreys (a military base in South Korea), they begin to gather info, dodging the vicious zombies and eventually restoring hope in humanity.

2007’s I Am Legend details the life of the U.S. Army virologist Robert Neville (Will Smith), who survives a deadly man-made plague that transforms the human race into rampant, bloodthirsty monsters. As he wanders through New York City searching for other possible survivors, he develops a cure with his own immune blood. Along the way, he faces the disadvantages of the virus’s effects, while those infected wait anxiously for him to fail. The film, although set in a fictional dystopia, provokes a fear during current events making viewers more aware of their volatile surroundings.

This 2011 Steven Soderbergh film tells the story of Beth Emhoff, a young woman who returns from Hong Kong with intense jetlag: two days after Beth unexpectedly dies, leaving her husband Mitch Emhoff (Matt Damon) in shock. Soon after the death, others begin to display similar symptoms, and a global pandemic erupts. Throughout the film, doctors try their best to contain and rid the virus of its prominence. Meanwhile, a social blogger (Jude Law) documents and comments on the events taking place, inciting increased paranoia.

Overall these films provide an in-depth look at the fictional yet at times realistic viral pandemics, affecting millions and causing horrid destruction. During the COVID-19’s panic, understanding the worst-case scenarios of an outbreak may inflict paranoia, alerting viewers to pay attention to their surroundings. Until the virus becomes contained, turning towards beloved TV shows and movies will aid in recovery and may even make one even more frightened to go outside.