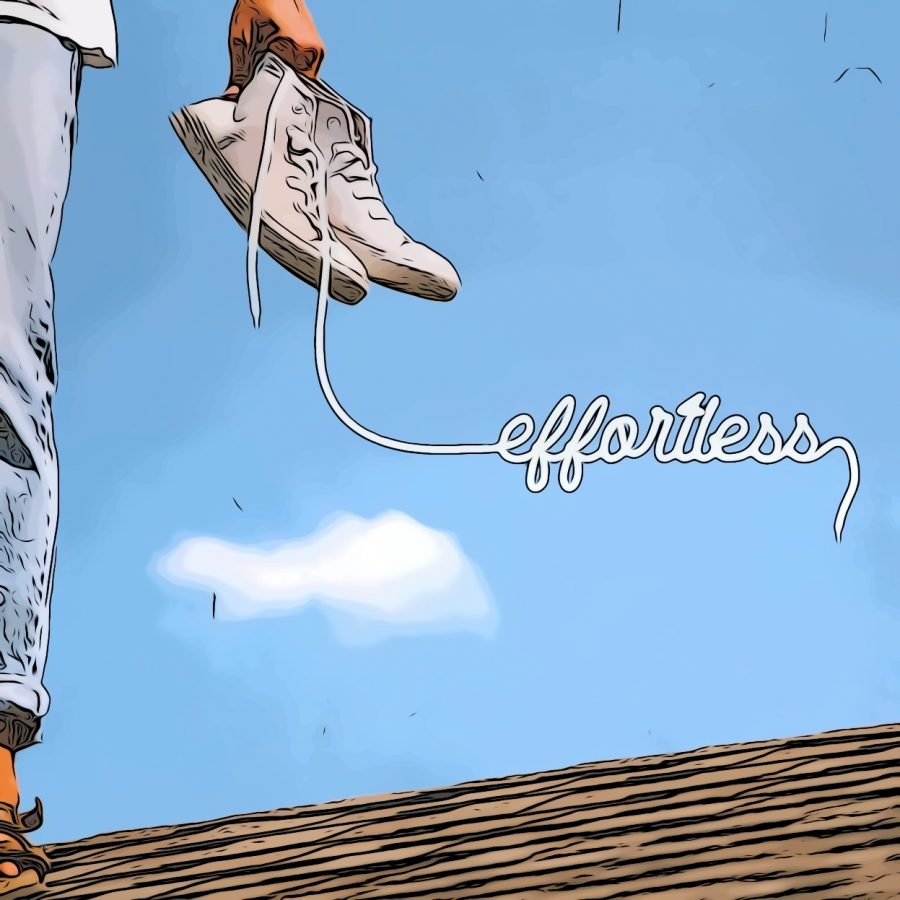 Effortless, Forrest Frank’s newest album, hit streaming services on August 21. Releasing two singles before his full project, Frank let his loyal followers decide when he would drop his collection of songs. Via Instagram, Frank announced that if his followers reached over 2,000 comments on his latest post, he would drop a new album. When there’s sunny skies and a mild breeze, Frank’s newest tunes always prevail. “I can’t stop listening to this,” NC Senior Ryan Tuchmann said.

When the sun sets on the horizon of a white, sandy beach, a certain atmosphere and mood veils the ocean air. Forrest Frank embodies this exact feeling in his newest project entitled “Effortless.” Better known by “Forrest.”, Frank followed his debut independent album in 2018, “Warm”, with a huge 2019 hit entitled “Sunday Best”  produced by his band, “Surfaces.” After gaining almost 70,000 more Instagram followers and millions of listeners, Frank released his second independent album on August 21, which included 8 songs.

“Last year some friends and I took an eight-day trip to the coast of Northern California. We loaded 2 guitars, 2 ukes, 2 mics, a notebook, and our computers into a van and set off to see what would happen,” Frank said.

Starting off the album, Frank sets the tone with a mellow guitar mixed with some light-hearted lyrics in the song named “Start.” Creating a bouncy, peaceful feeling, Frank then follows up with “Never Had”, a more serious tune that draws the listener in. The production quality in each and every song exhibits the hours of perfectly articulated details. In order to achieve this, Frank worked with producer Biskwiq and friends Matt Jordan and Evan Hopper-Moore.

“It’s that waking up at noon, at the window with the view, doing whatever we choose” Frank belts in the song “Backwards”.

The project then perfectly blends from “Never Had” into “Backwards”, possibly the best tune on the entire album. “Backwards” feels like the ultimate beach song, that puts any and everyone into a good mood. As the album continues, the positivity stays consistent, even while dipping into more serious topics, such as mental health in the song “Break Dreaming”. The album finishes with the song “4:03 am”, which accurately defines what it’s like to leave the beach on an early morning. As a whole, each song provides a feeling that everyone relates to.

“This new Forrest. album is super good. As soon as I heard the first song, I knew it was going to be great. Definitely a mood for the rest of summer, and fall,” NC Junior Bentley Huff said.

Amassing over 22 million monthly listeners with his group Surfaces, and over 1.2 million with his own independent career, Frank effortlessly delivered a smooth project for his loyal fanbase. Every subtle detail added to the overall ambiance and rhythms that truly made this album special.

“If we had only made 1 song that would’ve been enough, but every day something new happened. Everything came together so easily,” Frank said.