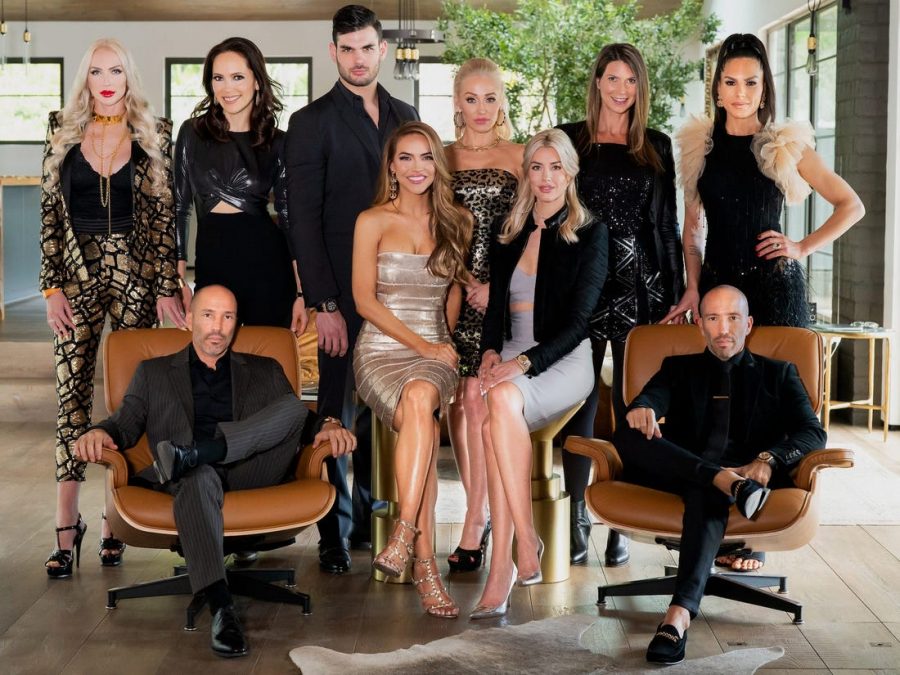 Each real estate agent on the show Selling Sunset brings their own unique look and drama to the show, making viewers choose sides in the tension. “My favorite character is Christine [Quinn] because her outfits are so different from the other girls and she never holds back in drama,” said senior Sophia Green.

Full of Los Angeles glamour and million-dollar homes, the Netflix series Selling Sunset features a luxury real estate firm, The Oppenheim group. The series, released on March 22, 2019, strays away from a typical real estate show, resembling more of a dramatic reality TV show. The third season of the show aired on Netflix on August 7 with rumors about a fourth season already sparking.

Twins brothers and owners of the firm, Brett and Jason Oppenheim staffed their office with modelesque real estate agents that spend their spare time selling million-dollar homes and starting drama. Between the frenemy status of the women, relationship drama, and the pressure to sell homes upwards of $75 million, the show takes viewers on a rollercoaster of emotions.

At first glance Selling Sunset may seem like the typical house hunting and renovation series, but it differs from popular HGTV shows and leans more towards Keeping up with the Kardashians. While the real estate agents are balancing their work, they also must keep up with their social standings within the LA scene. Chrishell Stause, former soap opera star and current real estate agent, experiences massive amounts of stress and trauma on the show as her husband, Justin Hartley, blindsides her with a divorce. Not only does Stause move out and restart her life, but she also deals with the realization that the entire country knew about her divorce from social media before she did, as well as fighting off the snarky remarks from other members of the show. Selling Sunset’s resident mean girl, Christine Quinn, and her sidekick, Davina Potratz, do not hide their doubt that the divorce surprised Stause and insist that she just wants pity. The emotional turmoil of the divorce and bullying from her coworkers and castmates, causes Stause to break down and flee California.

Unlike a typical real estate show, the producers of Selling Sunset add in real life happenings to show that LA does not only consist of expensive houses and extravagant outings. Together, the two best friends, Mary Fitzgerald and Amanza Smith deal with their own lives’ ups and downs publicly for millions of viewers. Fitzgerald expresses her concerns for her fertility in front of a camera, as she prepares to enter a marriage with the hopes of children in the future. Smith fights for her children in a custody battle, while also supporting them as a single mom.

Critics question how much of the series shows the full truth without scripting from the producers. Both the Oppenheim brothers and the director defend the show and tell media outlets that it only features real scenes. On the other hand, Quinn admitted that certain scenes were exaggerated, including her meeting her future husband, which actually did not happen on camera. To combat the critics, producers do include footage of a typical workday in the office and at open houses of the girls.

“Selling sunset provided a much-needed reprieve from the chaos of the quarantine for my family and I. It gives just the right amount of drama mixed into selling million-dollar mansions,” said senior Trenton Nolen.

With the reality TV show taking off, fans anticipate another season to come with even more drama and expensive listings. Viewers treat this show differently than past reality series because of the heartbreaking downs that the girls experience on the show, while also conveying their real emotions as they work to earn a living in Los Angeles.