One hundred years since women’s suffrage: How women’s right have evolved 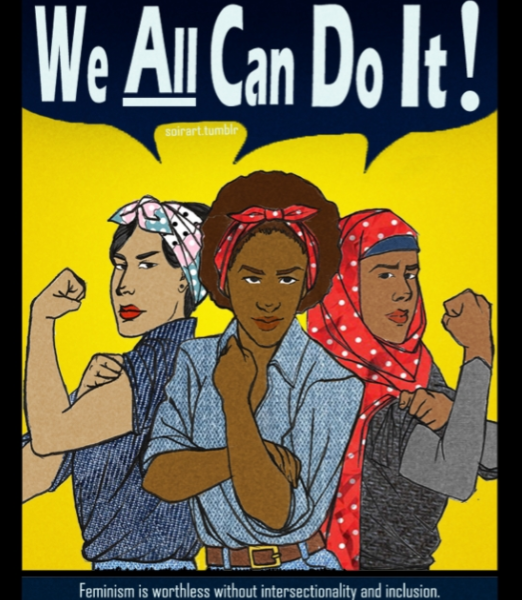 For centuries, young women and girls have fallen victim to the stereotypical male-dominated society continuously overshadowing the female voice. These men have not only violated female rights but put women in a corner for their physical and biological differences. Through work and consistent advocacy, female leaders such as Susan B. Anthony, Elizabeth Cady Stanton, Former First Lady Michelle Obama improved and instituted female rights within the workplace, household, politics and community feeding a constant evolution.

“It gives me the goosebumps that August 1920 women’s suffrage became a constitutional reality. The suffrage movement offered women access to the voting process, but it was the mid to late 20th century when women’s liberation movement ushered women into collective influence,” NC Visual Arts Teacher Karrie Arana said.

After the ratification of the 19th Amendment, giving women the right to vote, females both young and old faced tireless amounts of discrimination with confinement to taking care of the home and children. Due to the fact that the 19th amendment neglected African Americans, women of color faced additional injustice with laws such as Jim crow limiting their already stringent lifestyle. T.V. shows at the time such as the classic Leave it to Beaver and I Love Lucy heavily influenced these ideals, showing females as mothers and housewives rather than out in the workforce making the money.

During World War II, however, the concept of the working woman came to fruition, when widespread men enlistment left holes within the industrial labor force and defense industry. As a result over 350,000 women joined the workforce, representing 65 percent of the working class at the time.  These former housewives built everything from iron weapons to aircraft for the United States Army from 1940 to 1945. This time period soon became known as the age of Rosie the Riveter, an iconic painting tributing to female empowerment and strength.

Once the 1970s hit, the idea of women in the workplace slowly popularized with unequal pay becoming a prominent issue. In 1972, Congress ratified the Equal Rights Amendment in 35 states calling for the “Equality of rights under the law shall not be denied or abridged by the United States or by any state on account of sex.” During ratification, women became heavily prominent in law enforcement with representatives such as Martha Griffiths and Shirley Chisholm overcoming dictatorial male leadership positions passing bills in support of the Equal Rights Amendment.

“It was the fierce, determined female legislators in Washington between the 1970s and the 1980s that sought out policy changes. The right legislators had to be in a position to invoke change” Arana said.

As the Amendment passed, media, pop culture and the modern workforce at the time reflected women in the workplace as a normal part of the American culture with shows such as The Mary Tyler Moore Show depicting the unmarried working woman as socially acceptable. Instead of staying home to take care of the household and children, these women were seen out in the world, working for male influenced corporations and trying to get ahead. According to Time Magazine, women currently make up the majority of the workforce at 50.04 percent as of December 2020.

In addition, having children no longer remained a priority, with new contraceptives created, giving a sense of control over their body rather than succumbing to the stereotypical pressures of having the perfect figure while trying to raise a family. In 1970, Congress passed the Title X Public Health Service Act, creating a federal grant program dedicated to providing low-income females with safe contraceptives and comprehensive family planning services. Then later in 1972, the Supreme Court case, Eisenstadt vs. Baird legalized birth control for all unmarried women.

Moreover, women began to protest, using their voice to help themselves and other women. As the 70s commenced, women began to speak out against the violation of their natural rights with bills, such as The Violence Against Women Act fund passed to provide service to victims of rape and domestic violence; And to allow women to seek civil rights remedies for gender-related crimes.

“Nowadays we are seeing spikes in cases with domestic violence and gender-related crimes due to conflict and post-conflict societies and areas. I have a friend who is in social work and counsels victims. She has seen increased cases of both because of shelter in place and social distancing mandates. This is most concerning at this time considering all the limitations that are expected to be adhered to,” Arana said.

As time goes on, women’s prominence in the workforce, politics, law enforcement, and entertainment continues to progress allowing for an ultimately female-dominated society. From the first female Vice President to evolution in female contraceptives and healthcare, female empowerment consistently makes headway, replacing stereotypical gender roles, with a utopian society founded upon change, equality and freedom for both women and men.