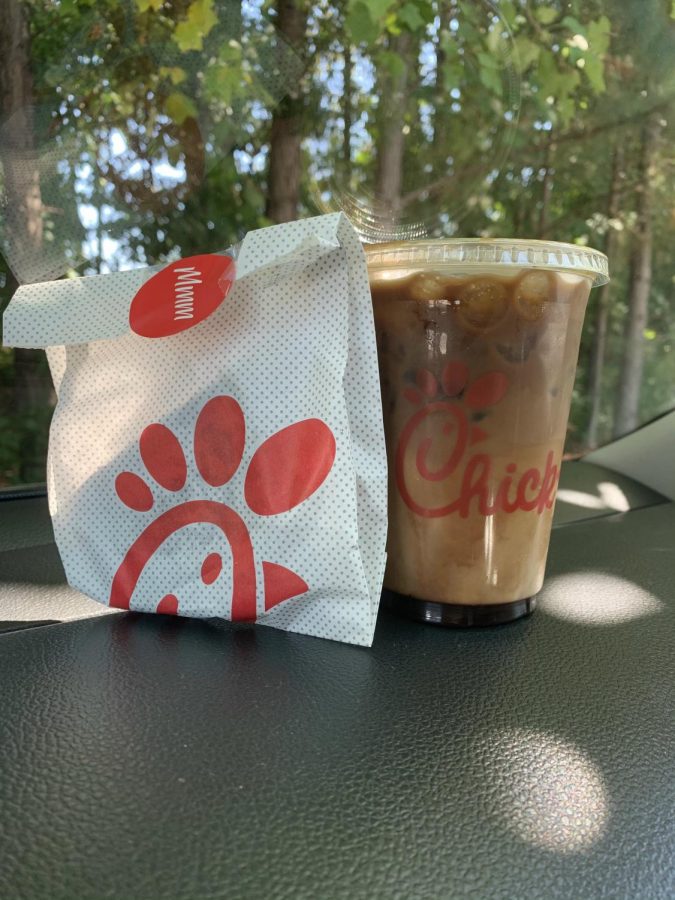 Chick-fil-a enthusiasts flocked to their nearest drive-thru in order to try the newest menu items announced on September 14. The items both looked delicious but unfortunately, the chocolate chunk brownie fell short of expectations when the density and bland flavor left customers unsatisfied and wanting more.

Known as the fast-food restaurant of the South, Chick-Fil-A shocked customers when they added two new items to their iconic menu. The mocha cream cold-brew and new chocolate chunk brownie excited chocolate fans and die-hard Chick-Fil-A consumers alike. The treats, announced on September 11, became available across the country on September 14 and have continued to satisfy sweet teeth since.

The mocha cream cold brew, while delicious, feels a little heavy for a morning cup, however, the smooth chocolate and sweet cream make it a great midday pick me up. The chocolate flavor explodes across the taste buds at first sip and keeps the customer coming back for more.

“I love coffee, especially the traditional vanilla cold brew from Chick-Fil-A, so I was so excited to try the new coffee drink. The cold brew is very sweet, but I could definitely see myself going to try it again,” said Magnet senior Sophia Green.

Despite the delectable flavor of the cold brew, the brownie ultimately fell short of many consumers’ expectations. The Chick-Fil-A cookies, famously gooey and warm, set expectations high for the chocolate chunk brownie which it ultimately could not meet.

While the brownie leaves patrons wanting more, the cold brew will make its way into the orders of thousands this fall and winter season. Customers do wonder if Chick-Fil-A will transition into a seasonal menu, similar to Starbucks or Dunkin’, as they have expanded their coffee selections.

“I would love it if Chick-Fil-A added a peppermint coffee for the holidays or even a fall drink, like the staple pumpkin spice latte at Starbucks,” said Green.

Despite the brownie disappointing customers, the mocha cream cold brew appears to make its way onto many everyday orders. Yet another successful addition, the sweet, creamy cold brew, will only remain on the menu for a limited time.