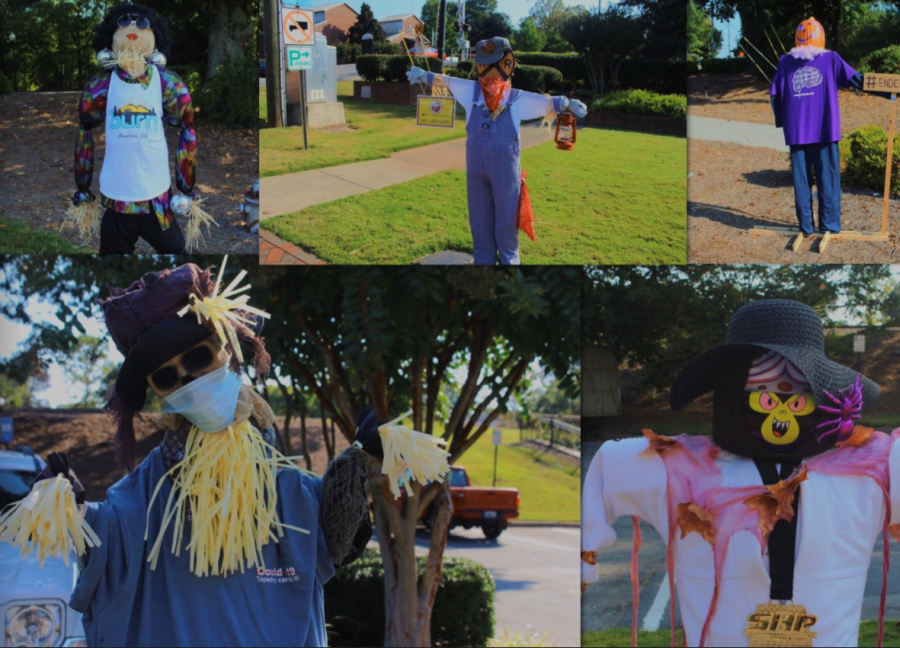 Downtown Historic Kennesaw welcomes the crisp season of fall with their display of scarecrows scattered across Main Street. Kennesaw invited local residents, businesses, non-profits, schools, and sports teams to participate in their inaugural scarecrow parade. The invitation thrilled Kennesaw’s patrons as they dusted off their thinking caps and began to brainstorm to produce unique scarecrow creations. Currently, over 60 scarecrows line Main Street and foster warmth in the hearts of all who travel on the road.

“Kennesaw’s scarecrow parade adds to the amazing community within Kennesaw. People come together to set up scarecrows and make them unique. It adds some livelihood to the downtown area. I often see kids looking at the scarecrows in wonder and awe; this creates an altogether positive outcome,” NC junior Trinity Klock said.

All 60 scarecrows will remain on display throughout the month of October. Kennesaw’s scarecrow parade sparked the interest of numerous locals. Scarecrows representing dance clubs, restaurants, chiropractors, and athletic clubs stand tall along the perimeter of Main Street.

In an effort to strengthen community bonds, Kennesaw decided to advertise “Scarecrows on Main” as a competition. City officials uploaded pictures of each scarecrow display onto their Facebook page where they encouraged followers to cast a vote for their favorite scarecrow by liking its picture. The city will award first, second, and third place awards to the scarecrows who received the largest number of likes on Facebook. The creator of the first place scarecrow will win $100, while the second place owner will receive $50, and the third place recipient will accept $25.

What began as an entertaining way to decorate the city, quickly evolved into a tangible manifestation of contributors’ beliefs and passions. Multiple scarecrows represented worldwide issues that Kennesaw’s citizens hoped to bring attention to in order to raise awareness. These scarecrows fight social injustice and the horrors surrounding diseases such as epilepsy through their inspiring displays. Not all participants decided to create serious scarecrows. Multiple competitors took a more lighthearted approach and created scarecrows that reflected infamous humor found on social media. Clever Tiger, a prominent design agency residing in Kennesaw found inspiration in Netflix’s hit documentary, Tiger King. The agency dressed up their scarecrow as a tiger who proudly wears a T-shirt reading “Carole did it.” The simple T-shirt found on the scarecrow references the widespread conspiracy theory that Tiger King star Carole Baskin killed her husband.

Although Kennesaw’s newest patrons will only reside on Main Street until the end of October, the participation popularity will likely bring Kennesaw’s spooky scarecrows back next October, allowing “Scarecrows on Main” to become an annual festivity.