How to *actually* pass a major test: tips from a student, for students 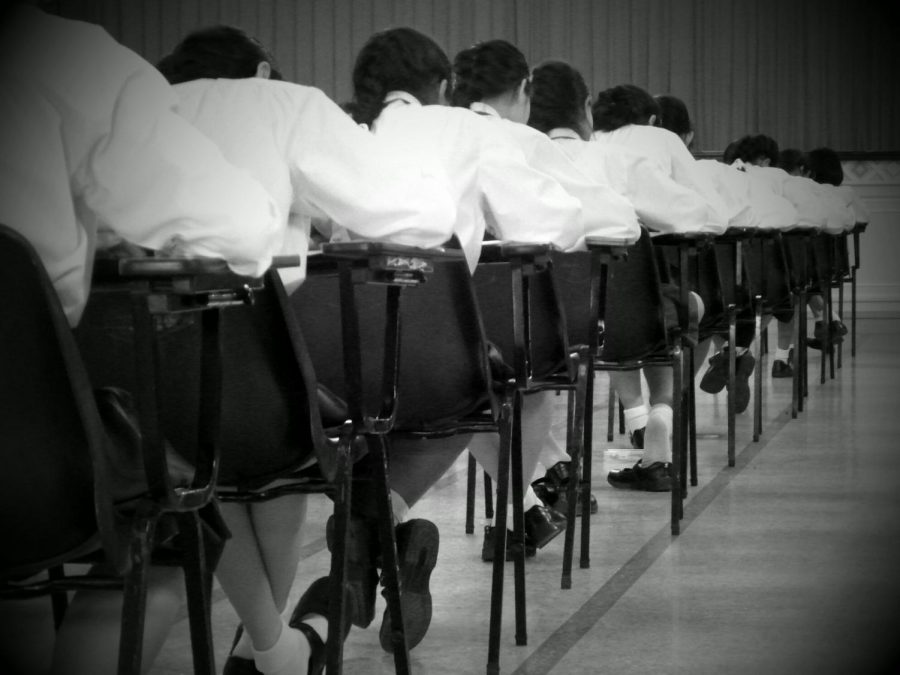 Jokes—everyone loves them unless everyone means 15 to 17-year-olds living off of a jar of coffee and sheer will to pass the, arguably, most important test of their life, for in their case the joke dies out. Since the 50s, high school students every October across the nation become flooded with panic as their PSAT and ACT tests arrive. Khan Academy and Princeton books help and definitely have their place, although other avenues for the structure must ensue.

In 1981, NC issued a joke article explaining a multitude of ways to pass a quiz, giving examples such as wrapping a cast around your legs or calling out sick. Needless to say, life has changed since then, and major tests have become more important than ever before. A poll interviewing Cobb County students showed out of the 45 surveyed, only one felt prepared enough for the PSAT and felt that schools did not need to issue lessons to succeed. With that information, this article contains tips that will actually help you.

Most teens would say that a couple of nights of cramming does the trick, however, the importance behind understanding and getting familiar with what the PSAT searches for and why it exists becomes crucial.

Given out nationally for free for sophomores and up by schools during October, the PSAT tests in five subjects—math, science, English, history, and languages. In the beginning of the issues from 1959 until 1997, the test only consisted of STEM subjects, leaving out the communications and social studies. This changed due to the outrage of a 40 percent gap between men and women who received scholarships handed out by the National Merit Scholarship Qualifying Test (the group that founded the PSAT).

With that, the math section searches for skills such as algebra functions, number and operations, geometry and measurement along with data analysis. This year’s breakdown of what skills will appear on the test as a whole goes from 10 to 14 percent, 38 to 42 percent on both algebraic functions and geometry, and 8 to 12 percent. Looking over this, a student gains the ability to go about what skills they need to hone. Generally, calculators frequently get encouraged for use, however, in most cases, students become confused with the tips for this section: plan out what and how you’ll solve a problem before actually executing. Also, looking back at the directions of your problem and answer choices becomes crucial, seeing how frequently the answers happen to mostly rounded, not to confuse you to round your immediate results.

Science carries a similar breakdown, albeit with broader topics. Biology, chemistry, and physics. Looking at biology, fundamental concepts of a student’s knowledge count for 30 percent of the total test, while both application and interpretation count for 35 percent. From that alone, students can understand that the College Board isn’t searching for a basic understanding of the concepts taught, and rather a complete mastery. Regardless, The same concept flows through the percentages of all the tests, with understanding in chemistry only 20 percent, application at 45 percent and interpretation at 35 percent.

Physics generally speaking throws a couple of concepts out the window, with fundamental concepts 12 to 20 percent, single concept problems at 48 to 64 percent, and multiple concept problems at 20 to 35 percent. Using calculators remains forbidden, so while in school, take these terminologies to heart. In all three, completion of labs and a hard grasp of algebraic concepts become essential to a passing score, so students should take their time to fully understand (the best way tends to lean towards hands-on, after all.)

Literature contains about 40 to 50 percent excerpts from American authors and the other half British authors, so evidence highly encourages students to get familiar with those writing styles. The renaissance, 18th and 19th centuries count up all a 30 percent mark, while the 20th century counts for 40 percent. Poetry and prose prompts have an equal half in the amount they will show. Clearly, teens can see the important to complete a total analysis of these passages, and have a high understanding of literary concepts and terminology (irony, stanza, narrative voice, etc.)