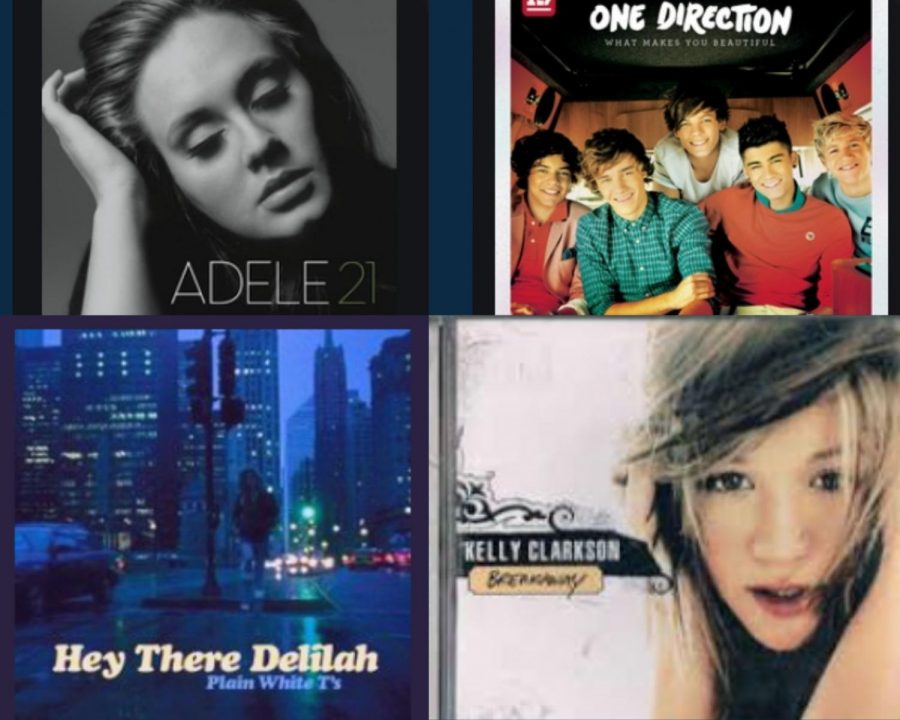 From the emergence of popular groups like “The Plain White t’s” with “Hey There Delilah” to the ever-present popularity of pop sensation Taylor Swift, the 2000s saw a massive musical evolution. As the year 2020 comes to a close, the music produced within the last 20 years showcases the rapid evolution of music and its reflection of people’s lives, personalities and perspectives on world affairs.

The millennium began with the birth of the iPod and Apple’s various musical products sending shock waves to music lovers and putting the CD industry into an economic depression. At the time boys bands such as Nsync, Backstreet Boys and other teenage targeted groups topped the charts with hits like Backstreet Boys “I Want it That Way” and Nsync’s “Bye Bye Bye” setting the tone for the dawn of the new millennium.

Looking at R&B and Rap, the genre saw a massive amount of evolution in terms of style and the introduction of dozens of new artists. One in particular —Alicia Keys entered the 21st century with her Harlem roots and Tom-boy motif and took the world of R&B by storm with hits such as “Fallin”—her first single debuted in 2001, “No one” and other classical yet contemporary pieces. In terms of rap, artists, Jay Z. and Misty Elliott revolutionized the genre with hits like Elliott’s “Work it” which peaked at number two on the Billboard top 100 charts within weeks of its release.

Looking towards contemporary pop, the arrival of competitive shows such as American Idol and X-factor brought forth groups such as the One Direction and pop sensation Kelly Clarkson to fame setting a tone for pop music in years to come. Kelly Clarkson the winner of the inaugural season of American Idol went on the bring classic early 2000s pop tunes such as the well known “ Since You’ve Been Gone” and later her in career the 2012 Anthem “Stronger (What doesn’t kill you)” which landed three Grammy nominations and a nomination for Best Muchmusic Award. Her success and prominence within the early to mid-2000s pop crowd will go on as a legendary example of talent show success and its effect within the music industry.

Fast-forwarding into the 2010s, the idea of singer-songwriter became heavily prominent within the music world with the rise of soulful British pop singer Adele who shocked the world with her unique and powerful soulful range and twang. Her well known second album titled 21 brought for a soundtrack to the 2000s with hits like “Rolling in the Deep”, “Someone Like you” topping the British and U.S. Billboard charts. Ed Sheeran another successful UK singer brought forth his own original sound with songs like “Shape of you” hitting over 5 billion views on youtube—a world record.

Nowadays artists ranging from Taylor Swift to Lizzo run the music industry with their ability to provide a fresh sound while staying true to oneself during that point in their career. Swift attests to this with her switch from country to country-pop and eventual mainstream making history. In 2017 she debuted her well-known Reputation album reflecting the bitter anger and sadness created through hatred movements toward the artist in 2016 on Twitter and Instagram.

“During the 2000s, Taylor Swift’s music was based on her multiple past and present relationships. It gained popularity because of the storytelling she would display in those songs. She gained both positive and negative attention. Her career in all is a rare occurrence in her switch from country to mainstream and the loss of fans prior to reputation and increase with Folklore ” NC Junior Tiffiani Eliott said.

As the world continues to deal with living amidst a pandemic, staying involved in pop culture and the music we know and loves helps lift spirits within these desperate times. Until a vaccine for Covid becomes a reality, music tv shows and movies will remain a constant source of entertainment until the world we know goes back to a contained calm.