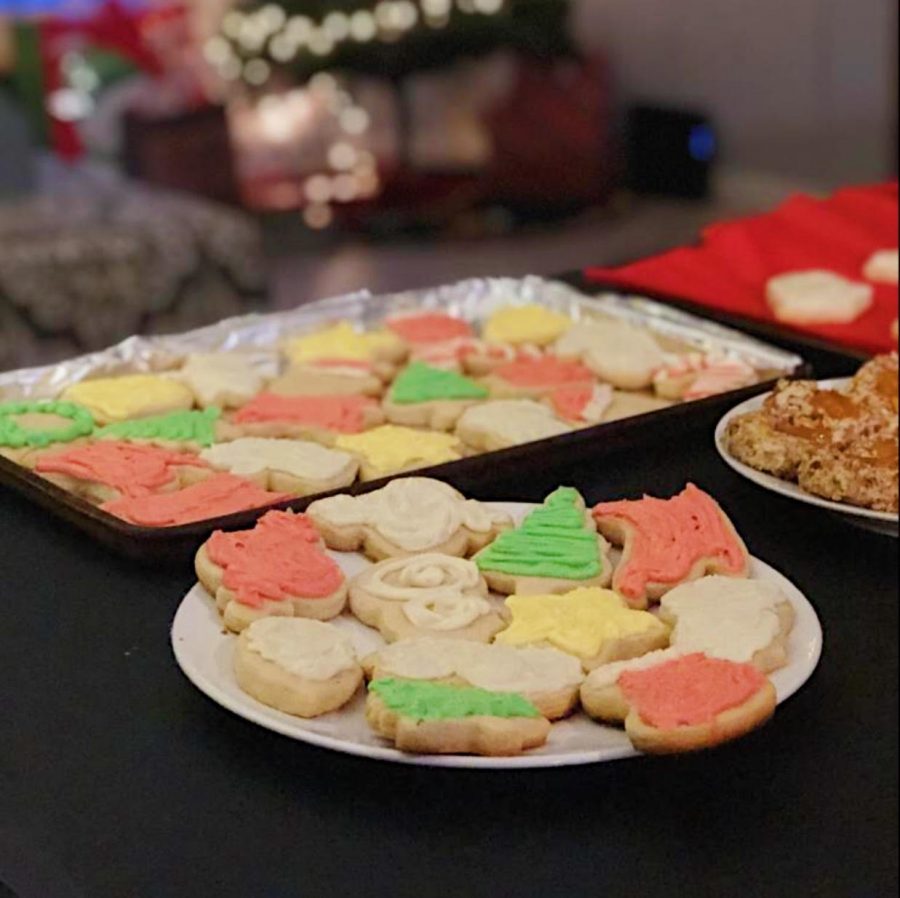 The sisters sell most of their baked goods around Christmas seeing as this season people often buy numerous gifts and bake endless treats. They bake their Christmas sugar cookies in shapes resembling Christmas trees and stars, adorned with sweet, colorful icing. “There’s no question in my mind that these cookies are absolutely the best… [They are] so fresh and professional looking. Please keep it that way- along with your cookies your presentation of the cookies will be your sales mantra- you have an absolute business started!” dedicated customer Joyce Wheeler, said.

Chancelor Gordon, a magnet junior at NC, and Emeril Gordon, a freshman at Arizona State University, discovered their passion for baking over seven years ago in a catastrophe that took place in 2013. A major snowstorm took everyone by surprise and while stuck inside the sisters decided to experiment and find new hobbies.

A show called Cupcake Wars sparked their interest in baking. The television series on Food Network features a competition between four of the country’s top bakers. At the end of the series, the last contestant standing wins a prize. This inspired the Gordon girls to pursue their newfound hobby in their free time. While trapped inside as snow poured down on the dangerous, icy streets, they began to bake sugary treats to fill up their time. While at first they only baked cupcakes, they later began to bake a variety of cookies as well.

This pastime quickly expanded into a small business named Simply Delicious when the two girls discovered that they could earn money off of their baked goods, and by 2015 they began selling them to people. Their customers now include friends, family, coworkers, and their parents’ business partners. They produce multiple different types of cookies such as turtle, chocolate chip, sugar cookies, everything cookies (oatmeal base with chocolate chip, pecans, and Craisins), and gluten-free everything cookies. Prices for a dozen cookies vary from $20 to $30.

While the two girls initially began this simply for fun, the small business expanded as the pair created a new goal. Emeril, the oldest of the two bakers, struggles with multiple disabilities. Cerebral Palsy, a congenital disorder, affects her movement, muscle tone, and posture. This disorder specifically affects the mobility of her left side (arm, leg, ankle, and foot) and interferes with her balance amongst other things. In addition, the nineteen-year-old suffers from epilepsy, a disorder in which seizures result from disturbed nerve cell activity in the brain. Emeril’s medical history made her realize she needed a service dog and the purpose of their business quickly switched to saving money for an important cause.  In 2017, the pair saved up enough to purchase a service dog for Emeril, a golden doodle named Yogi. The therapeutic pastime of baking cookies improves Emeril’s mental health and helps her connect to her sister in numerous ways.

“The irony of it is that my sister dislikes dogs, so when she came to my parents and said she wanted a service dog they looked at her like she was crazy. Everyone was so surprised when she actually started saving money for this idea,” said Chancelor.

Currently, customers order cookies through direct messaging on Instagram or by filling out a form in person, but this may change soon, as the girls plan to create a website to promote their small business. It will feature their baked goods and allow customers to easily order online.

While Chancelor wishes to pursue something more math-based, such as engineering, she still hopes to continue baking and possibly open a bakery later in life. Emeril, on the other hand, plans on majoring in journalism at Arizona State University, which she will attend in the spring. In addition to making cookies in her free time, she loves swimming and dreams to compete in the Paralympics.

“I don’t think she [Emeril] plans on doing this in the future; for her, it’s more of a hobby, but if she wanted to open a bakery with me I would love it,” said Chancelor.