BTS: the biggest boy band in the world 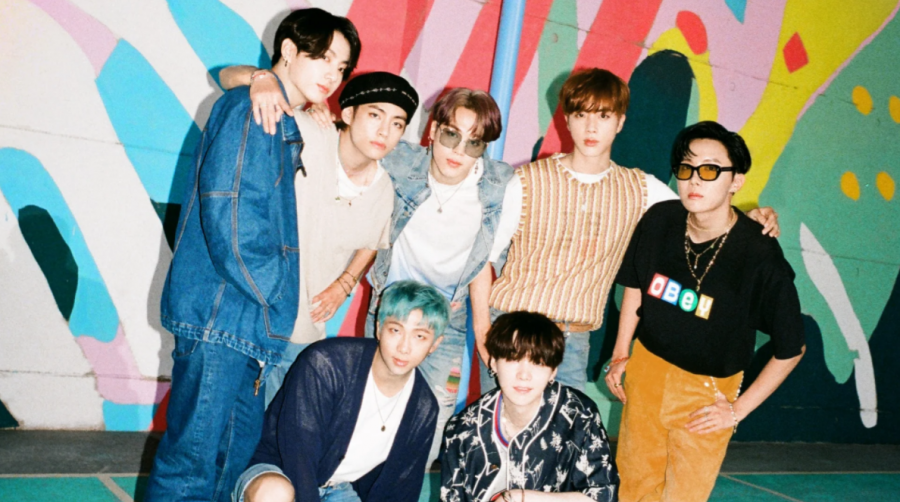 BTS made history with their latest single, Dynamite, which became the most-streamed song by a Korean act on Spotify in 2020 and spent 11 weeks at No. 1 on the Artist 100. Records continue to be broken by this Korean-pop group as their songs remain on top of the charts.

Since their debut in 2013, the K-pop group BTS grew beyond the bounds of traditional K-pop acts, gaining recognition from all over the world. They continue to excel in the music industry and make history with multiple significant achievements.

The name BTS originally stood for “Bangtan Sonyeondan”, which translates to “Bulletproof Boy Scouts” in English, a reference to resilience. The group rebranded their name in 2017 to now mean “Beyond the Scene”.

In 2016, the group began to gain international recognition with the help of their Wings Extended Play and their record-breaking “DNA” music video. Their increasing popularity quickly led to winning the Billboard award for Top Social Artist in 2017, winning over several mainstream artists including Justin Bieber and Shawn Mendes.

By 2018, BTS topped the Billboard album chart twice with their releases appearing on several shows including The Tonight Show Starring Jimmy Fallon and Good Morning America. They also spoke in front of the U.N General Assembly to launch a new youth empowerment initiative.

“BTS has such a diverse fanbase, ranging from children to young adults all from different backgrounds and different ethnicities. It’s so inspiring to see them promoting the idea of self-love in today’s world,” NC senior Sarah Brewer said.

Over the course of the past seven years, BTS released half a dozen Korean and Japanese albums, along with several compilation albums, reissues, and EPs.  Their latest work includes the album, Map of the Soul: 7 and their latest single, “Dynamite”, which debuted at number 1 on the Billboard Hot 100 chart, becoming the group’s first number-one single in the United States.  This allowed BTS to become the first all-South Korean act to top the Hot 100. Their second studio album of the year, “BE”, will become available on all streaming services on November 20. Fans have already purchased over three million pre-orders both domestically and internationally.

“BTS has become so successful in America, it’s completely astonishing. People used to frown upon K-pop because: ‘How can you understand music that isn’t even in English?’ But, I think more people understand that music can be enjoyed without having language as a barrier,” Brewer said.

BTS continues to make history within the music industry, as their energetic and vibrant choreography alongside their deep introspective lyrics allows them to build a devoted global following while becoming the most successful K-pop act in U.S. chart history.