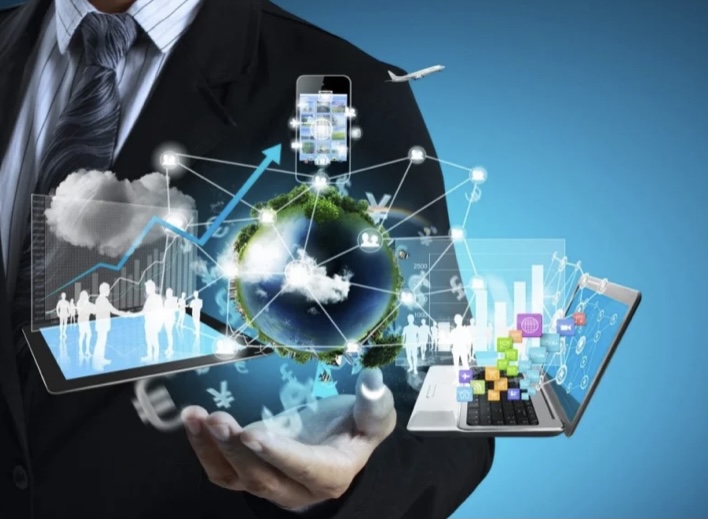 In a quickly evolving society, technology never fails to keep up. However, the quick progression may present more dangerous malfunctions than our society bargained for, and experts may find that the mistakes will grow too complicated to reverse. Experts may find a permanent solution to these technological mistakes. However, in contrast to that hopefulness, our society may continue to sink deeper into the tech whirlpool; eventually ending when the damage gets too extensive, and the problems too large. (Courtesy of The Observer Research Foundation)

In a quickly evolving society, technology never fails to keep up. However, the quick progression may present more dangerous malfunctions than our society bargained for, and experts may find that the mistakes will grow too complicated to reverse. Experts may find a permanent solution to these technological mistakes. However, in contrast to that hopefulness, our society may continue to sink deeper into the tech whirlpool; eventually ending when the damage gets too extensive, and the problems too large.

Courtesy of The Observer Research Foundation

Stuck in a technology whirlpool

Since the beginning of time, humans have created technology to make life easier, but what happens when old technology starts creating problems that we need new technology to fix? Thus the basis of a never-ending cycle. Technology has pulled our society into a loophole; a constant battle against itself.

“Because seekers will become keepers someday, and keepers might become creators of new advanced ideas. Creators then will become seekers again, to revolutionize their existing ideas. And the cycle is never-ending,” Chowdhry said.

Her statement shows that even if tech always worked perfectly, it would still consistently advance. However, perfection does not exist, therefore the reasoning behind tech immortality goes deeper than creators wanting to improve their ideas. While a majority of tech geniuses simply yearn to compete with themselves, an immediate need for improvement due to malfunctions frequently arises.

In June of 2020, the Pew Research Center did a study in which they argued that tech causes more problems than it solves. The article provides a collection of un-filtered comments pulled from tech experts. While not all of them shine a negative light on technology, they all show similar concerns.

“Concerns are organized under four subthemes: Something is rotten in the state of technology; technology use often disconnects or hollows out a community; society needs to catch up and better address the threats and opportunities of tech; and despite current trends, there is reason to hope for better days,” the PRC said. While it seems technology consistently aims toward an inevitable failure, society can take comfort knowing the respondents recognize a possible hope; so long as tech does not completely destroy our society first; especially the minds of our youth.

Suicide rates in the United States continue to rise, and consistently rise every year. While technology, specifically social media, cannot hold all of the blame for increasing suicide rates, experts cannot deny that the increased use in social media isolates users, rather than the intentional purpose of uniting them. For teenagers especially, the things seen and heard on social media can have long-lasting effects.

From 2013-2016, JAMA Psychiatry conducted a study in which they observed 6595 adolescents aged 12-15 in the United States, in order to find a correlation between social media usage and mental health problems, including suicidal thoughts.

“Adolescents who spend more than 3 hours per day using social media may be at heightened risk for mental health problems, particularly internalizing problems,” JAMA said. Regardless of the positive intents of social media, studies such as the one conducted by JAMA prove that it has done quite the opposite; Teenagers have never felt more alone in the digital world our society developed with the intent of community.

“Inevitably, students will begin to compare everything about themselves to ‘social media stars’, especially their physical appearance… social media is the perfect way to turn a confident, beautiful or handsome person into someone that can’t accept themselves for who they truly are,” NC sophomore, Jasmine Negron said. And according to the US National Library of Medicine, low-self esteem frequently correlates to suicidal thoughts. Teenagers feel pressured to have social media in order to fit in and connect with their peers, when in reality, they must learn how to establish real, face-to face connections in order to truly feel united.

“The problem is that we are becoming more and more dependent on machines and hence more susceptible to [failure],” Yaakov J. Stein said.

Technological databases created to help large banks and various companies represent a specific example of this. While extremely helpful to large corporations, the risk of a data breach comes into the picture. In May of 2019, Canva’s database suffered a large breach and 137 million user accounts became exposed. And in October of 2013, Adobe suffered a large hack, causing the leakage 153 million user records. These represent just two incidents out of the 15 biggest data breaches of the 21st century. Thus leading to the creation of breach response systems such as NortonLifeLock, which could also become subject to hackers and system failure.

The creation of e-cigarettes represents another (smaller scale) example.  A pharmacist and heavy smoker, Hon Lik, invented E-cigarettes in 2003, after his father died of lung cancer. Lik created vaping as a less hazardous way for people to smoke, but E-cigarettes have proven detrimental as well, and adequate research has not yet developed. Scientists may discover that E-cigarettes match the harm of cigarettes, or even surpass them in harmfulness, since using them can inhale toxic metal into your lungs.

“Vape aerosol can contain chemicals found in cigarette smoke, including chromium, formaldehyde, lead, and nickel. And the high level of nicotine in JUUL pods and other vapes can affect brain function and impact your attention and memory,” The Real Cost said.

This proves that regardless of the intent, the damage that  E-cigarettes do mirrors normal cigarettes, and scientists will not finish studying the full danger anytime soon. The near future may bring new technology to combat the problems caused by E-cigarettes, but nothing can guarantee that those creations will not have equal consequences, if not more serious ones.

“Technology and social innovation intended to overcome the negatives of the digital age will likely cause additional negative consequences. Examples include: the decentralized web, end-to-end encryption, AI and machine learning, and social media,” Larry Masinter said.

Due to its instability, our society can never know where technology will lead us. While inevitable that technology will always change and evolve to fix problems and keep up with societal needs, members of society may rightly worry that one day we will create problems too large for tech to solve. What happens when our society reaches the bottom of the whirlpool? The thought of tech progression coming to a dead end feels unsettling, but that may become a new reality in the coming years.