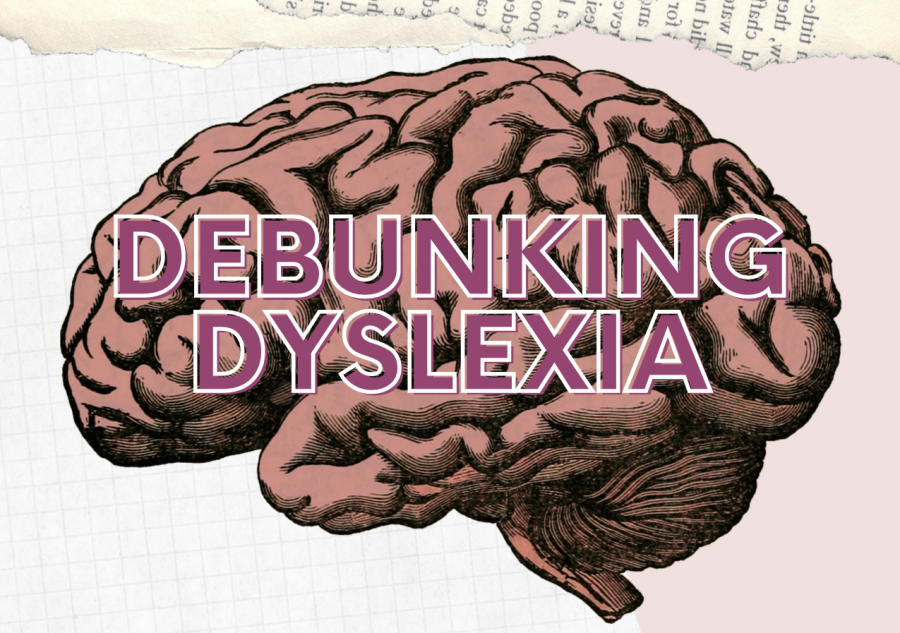 Americans across the nation silently struggle with Dyslexia. The learning disability effects 43.5 million people across the globe making it harder for them to read and write.

Over time, “dyslexia” received a negative connotation in a dystopian realm created by society. This false connotation associates dyslexics with an inability to read or write. This inaccurate assumption lies far from the truth. The International Dyslexia Association defines dyslexia as ‘a specific learning disability that is neurobiological in origin. It is characterized by difficulties with accurate and/or fluent word recognition and by poor spelling and decoding abilities. These difficulties typically result from a deficit in the phonological component of language’. In the 21st century, society normalizes perfection and fitting in as a necessity. Mistakes made by dyslexics become viewed as abnormal and prevail unacceptably. Dyslexics admit to feelings of unworthiness and question their own intelligence due to the status quo established by the global population of non-dyslexics. In reality, dyslexics score average to extremely high average IQs. This prejudice causes dyslexics to endure a lifelong struggle to fit in. 43.5 million people accumulate feelings of rejection due to a genetic processing disorder that makes reading and writing harder for 15% of the population.

Dyslexics struggle to learn how to develop their phonics skills, a task that comes naturally to non-dyslexics. This abnormality causes dyslexics to struggle with reading, writing, and spelling. Dyslexics perceive words differently than non-dyslexics, so it becomes common for learning how to read and write to take prolonged amounts of time for those that struggle with the disability. Although these skills constitute a challenge for dyslexics, mastery in reading and writing ceases to become impossible. Dyslexics tend to mix up lowercase-letters with similar configurations such as “p”, “b”, and “d” when it comes to writing and spelling. Other normalities for dyslexics include confusion between similar words. A dyslexic may mistakenly refer to Walgreens as Walmart or vice versa. Differentiating between ones left and right, poor handwriting, difficulty with rhymes, trouble remembering dates, recalling phone numbers, and learning foreign languages may also present challenges for dyslexics.

Dyslexia abides as an umbrella for numerous types of reading disabilities. Three of the most prominent processing disorders classified as dyslexia include; dyscalculia, dysgraphia, and visual dyslexia. Dyslexics may receive diagnoses with any combination of these variations of dyslexia. Each variation resides in a different part of the brain, creating a unique type of learning disability. All variations pose dyslexics with struggles when developing reading, writing, and language skills.

These 43.5 million people quickly feel or become outcasts in their schools, workplaces, and even neighborhoods. This unfair treatment and assessment of themselves must stop; It is time dyslexia becomes standardized.

Dyslexia affects the area of the brain that processes language and embodies a genetic processing disorder that causes victims to struggle with reading, writing, and speech. Considering that dyslexia comprises a hereditary disorder if a child descends from only one dyslexic parent the child receives a 50% probability of a dyslexic diagnosis if tested. However, if both of a child’s parents carry dyslexic genes the child will inherit 100% of acquiring dyslexia.

Of the 43.5 million people in the world struggling with dyslexia, only 2 million received a diagnosis. This statistic reveals that daily, 41.5 million dyslexics roam the world unaware of their processing disorder. This group of dyslexics remains undiagnosed and continues to struggle to develop their reading and writing skills due to inadequate screening services, the lack of credible information, and limited dyslexia resources. Georgia began to combat this statistic in 2019 by passing Senate Bill 48, commonly referred to as “Georgia’s Dyslexia Bill”. The bill mandates elementary schools in Georgia to screen all kindergarten students for dyslexia and related processing disorders and learning disabilities. Senate Bill 48 inspires the regulation of dyslexia throughout the state of Georgia and diagnoses students with dyslexia at an early age. This proves extremely important considering 1 in every 5 students worldwide struggles with dyslexia.

When applying dyslexia statistics to NC, an estimated 580 students carry the dyslexia gene. In reality, 365 NC students utilized Individual Education Programs last year during the 2019-2020 school year. An IEP allows students to receive the extra help they need in order to flourish within the classroom. The majority of IEPs at NC exist directly to assist students with learning disabilities. Universally, dyslexia constitutes the most common type of learning disability. In classrooms around the world, 80% of children with an IEP possess difficulty reading, and 85% of those students struggling suffer from dyslexia. When considering that 95% of dyslexics do not know that they constitute part of the 43.5 million dyslexics globally dyslexia this statistic reaffirms the importance of laws to mandate dyslexic screening.

“Having a learning disability simply means that a student needs extra help. IEPs are put in place to provide this help. This could mean providing students with extra time to re-read a passage or allowing students to take home a book to finish reading outside of class. Everyone learns differently and at different rates,” NC head of special education Collette Evans said.

In order to receive an official diagnosis and learn if a person suffers from dyslexia or possesses a similar learning disability, an evaluation must take place. Professionals administer these evaluations and test the patient’s reading, writing, language, critical thinking and creativity skills.

Multiple dyslexics struggle with accepting their learning disability. They fear rejection from society. Numerous end up becoming ashamed of their dyslexia and feel as if the disability acts as a curse. Due to this embarrassment and feeling of unworthiness, a multitude of dyslexics keep their diagnosis to themselves and go on with their day-to-day life ceasing to inform the world of their diagnosis.

This sense of fear and embarrassment originates from growing up hearing peers make fun of dyslexics. This causes dyslexics to struggle. The majority of dyslexics will need help at one point or another in life when it comes to their abilities and restrictions due to their disability. Dyslexics need a little extra help sometimes. This help ranges from needing assistance spelling a certain word to the extent of receiving extra time and utilizing additional resources within the classroom. Dyslexics feel no different than the average human when it comes to longing for love and acceptance.

Dyslexia does not define a person, it makes them stronger and forces them to work harder than their peers. Dyslexia should not cause embarrassment, it should create a reason to celebrate. Many experts in the field actually view dyslexia as a gift. This occurs because people with dyslexia constitute outside of the box thinkers, creative, highly intelligent, excellent problem solvers, more curious than average, intuitive and insightful. Successful dyslexics can often be found on a broadway stage, NFL fields, behind a camera or canvas, or running their own multitude of businesses. Famous dyslexics include Jennifer Aniston, Steve Jobs, Muhammad Ali, Steven Spielberg, John Lennon, Jim Carrey and even Albert Einstein.

Society tends to have tunnel vision when it comes to dyslexia. People tend to think that dyslexia consumes incompetent humans that don’t know how to read. In reality, a portion of the world’s smartest people have dyslexia and still persevere through their learning disabilities on a daily basis to inspire thousands of dyslexics to overcome their struggles worldwide.

Bella Thorne, Disney Channel alum, exemplifies a celebrity infamously attacked for representing a portion of the dyslexic population by gen Z. The actress released a commercial on Disney Channel in 2012 where she confessed her struggle with dyslexia. The intended purpose to inspire children diagnosed with dyslexia quickly backfired. She received a multitude of hate comments and negative feedback. To this day, Generation Z correlates the name Bella Thorne with dyslexia. This naive correlation proves that society remains uneducated and uninformed on the subject of dyslexia. A 22-year-old actress with a net worth of 5 million dollars should not continually receive attacks for a learning disorder that remains out of her control. She should create a legacy including her numerous films, cameos and television awards. 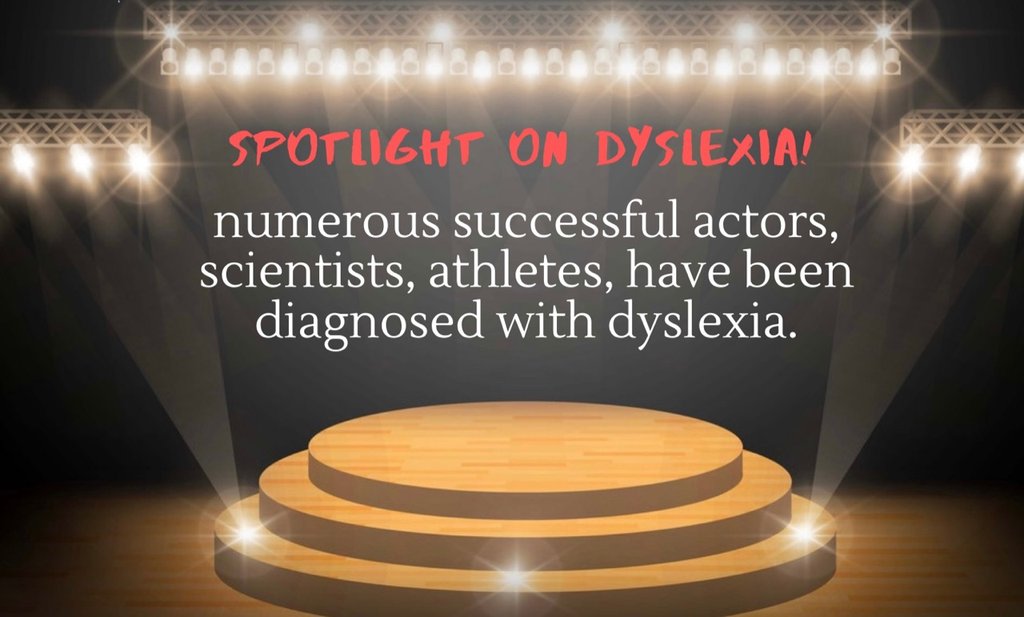 The unprecedented Coronavirus outbreak caused dyslexics to become more isolated from society than ever before. An airborne disease forcing millions to stay home and quarantine forced learning to recommence virtually. Dyslexia constitutes a processing disorder that increases one’s difficulty to learn. Dyslexics require extra assistance in order to fully grasp a topic. This extra assistance becomes challenging and inevitably futile through a computer screen. Dyslexics depend on extra assistance received in a face-to-face classroom setting in order to adequately compete with their neurotypical peers. COVID-19 stripped dyslexics of this privilege, making it hard for them to succeed academically.

Nationwide, many schools refuse to juxtapose the inability to read and write at an acceptable pace with the possibility of dyslexia. The diagnosis of dyslexia in students ceases to alleviate the prejudice and inadequate resources a dyslexic requires to flourish in an academic environment. In order to diminish the ignorant interpretations leading to false stereotyping of dyslexic minds, awareness, education and resources must manifest.

Senate Bill 48, along with the hope of increased similar laws nationwide, will bring light into the darkness of the dystopian realm dyslexics live in and will open a new learning environment for these creative minds.