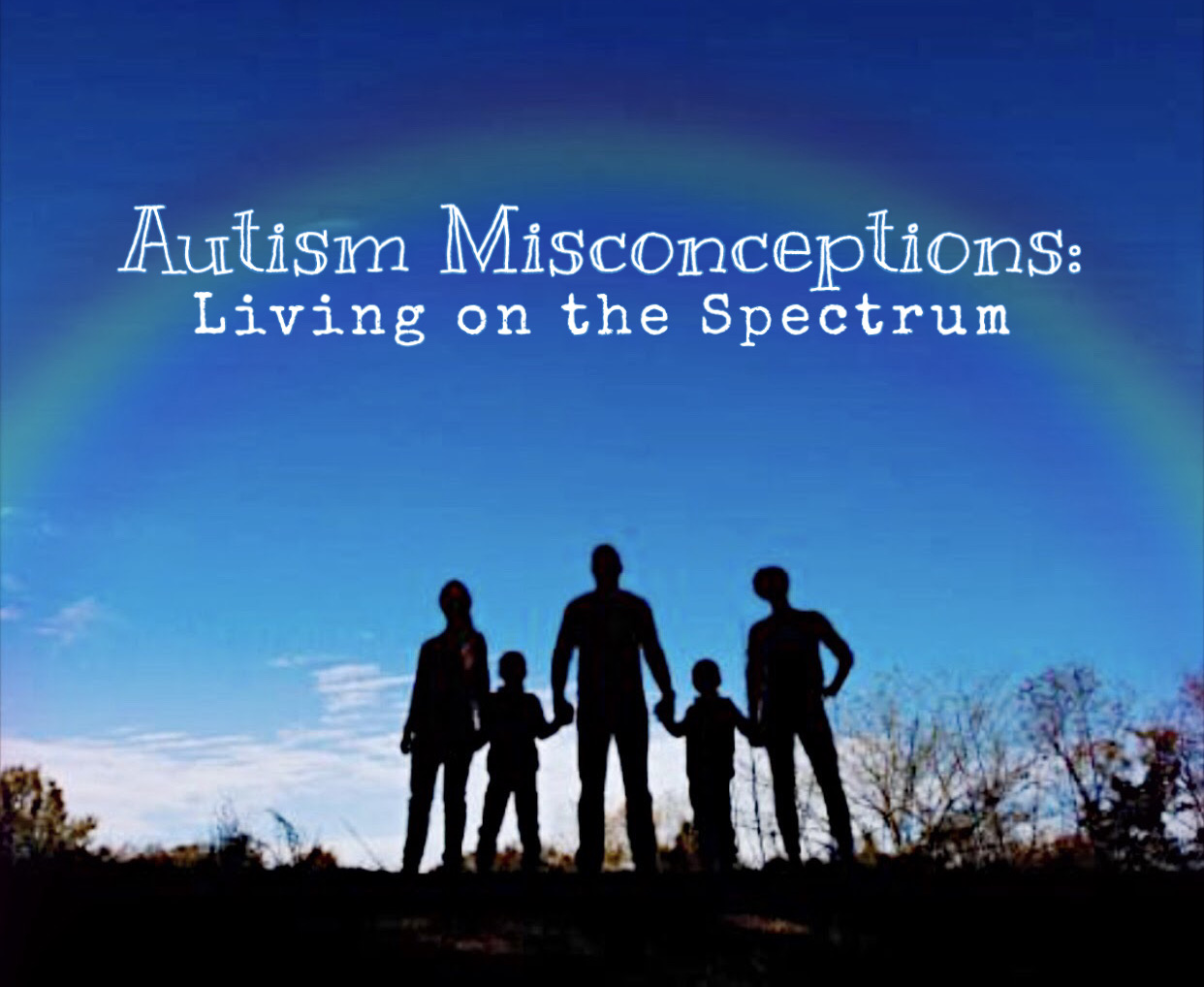 “I am a better business leader, wife, mother and person. He has changed my life. He has changed his siblings and Dad in so many ways too. All for the better. He is one of my greatest blessings,” Melissa Banko said. Her family stands strong and Cooper, Banko’s seven year old son, proudly represents autism. (Hannah Gresham)

“I am a better business leader, wife, mother and person. He has changed my life. He has changed his siblings and Dad in so many ways too. All for the better. He is one of my greatest blessings,” Melissa Banko said. Her family stands strong and Cooper, Banko’s seven year old son, proudly represents autism.

Autism Misconceptions: Living on the Spectrum

Professionals often define Autism Spectrum Disorder (ASD) as an extremely complex brain development condition that includes consistent challenges in social interaction and verbal/nonverbal communication. This disorder includes persistent behavioral patterns with a large variety of symptoms, which explains why the term “spectrum” contains a very important role when defining the condition. Some patients may show only a couple of symptoms while others may show an abundance.

No medical test exists to diagnose autism, so diagnosing this disorder proves difficult. Instead of relying on test results, doctors must look at the child’s behavioral history and how they develop. Doctors consider a diagnosis of ASD at 2 years of age or older as reliable, yet in some children, ages 18 months or even younger doctors can still diagnose the disorder.  Currently, no cure exists for this condition however, children still receive help early in their life that might make drastic differences.

“Cooper is in therapy five days a week. It is called ABA therapy, Applied Behavior Analysis. He has a ‘buddy’ with him every day and they are like family. Therapy coaches him through life and [teaches him] how to navigate a world he has a hard time processing and managing,”  Melissa Banko, mother to seven-year-old autistic Cooper, said.

This type of therapy allows him to improve his social, adaptive learning, and communication skills. It not only teaches young Banko how to cope with the world but also coaches his parents on how to best help him.

Since ASD causes difficulty while communicating and socializing with others, people view people with autism as different, which causes society to form numerous misconceptions. The world most commonly perceives people on the spectrum as dumb or slow-minded, yet this assumption lies far from the truth. Despite having more challenges than the average human, people on the spectrum can still function in everyday life. In reality, they typically contain average or above-average intelligence, yet, people believe this myth due to the unconventional and unusual ways they express their intelligence. People with autism may possess weaknesses in a specific subject or learning style, which causes people to assume they lack intelligence in all aspects of life. When autistic people endure judgment and become treated as simpleminded, the way they view themselves may negatively change. Yet, most people do not possess enough experience with autistic people to understand that each patient contains different strengths and requires different learning styles. People on the spectrum still attend college, hold down stable jobs, and some even decide to participate in marriage. An Australian dating show, Love on the Spectrum, depicts this idea and helps people on the spectrum find love. The show not only raises awareness of the disorder but also portrays people’s stories and their struggles.

Numerous people assume that autism causes a lack of emotion, or that individuals on the spectrum may not experience emotion in general. With the atypical ways these humans express themselves, others struggle to understand how they feel. Multiple autistic people communicate verbally, but not all express themselves in the same way. Alexithymia, a personal character trait that over fifty percent of people with autism possess, explains this. This trait causes extreme difficulty when someone with ASD attempts to pinpoint what emotion they feel as they feel it.

“Max communicates best with others through physical touch and common interests. If he likes you, he will often touch or rub someone’s elbows,” Nikki Meighan, the mother to ten-year-old autistic Max, said.

Meighan’s son struggles with verbally communicating his emotions so that the people around him can help, but he possesses unique ways to convey thoughts. Similar to multiple other autistic children, when upset Max often battles with explaining his emotions, yet when asked certain questions the young boy can express his hardships.

An abundance of people presume that autism stems from bad parenting styles, yet a substantial amount of research proves this myth wrong. Some onlookers may believe this folktale due to the lack of knowledge they contain concerning autism. Ignorance blinds observers to the reasoning behind an autistic child’s tantrums or the lack of discipline a parent may give them. Parents of autistic children understand how to best serve their children. In most cases, shouting at an autistic child will not improve the situation. Observers may view this approach as laziness or even neglect. Furthermore, changes in the environment, such as traveling to a public place, may affect the way these children behave. With the lack of social and communication skills, some autistic children contain, they commonly act out. These types of behaviors all derive from genetic, non-genetic, and environmental influences; the risk that increases the chances of a child getting autism does not correspond to specific parenting styles.

A lack of social skills may lead to the belief that people on the spectrum do not desire friends. Unable to comprehend social cues and process situations naturally, other children may find autistic children odd and different. Unfamiliar sights and new people might children with ASD to quickly become overwhelmed, uneducated young children view this behavior as peculiar and perceive their autistic peers as dumb. Some children on the spectrum feel more comfortable conversing with adults rather than children, but regardless of their age most of these individuals desperately want to socialize.

“I think it [autism] has isolated him some. He wants to be liked by everybody and will do anything, even if it means doing something he knows is wrong, just to be liked or have friends,” Leona Peabody, the mother to nine-year-old autistic Micah, said.

Despite the ignorance and misconceptions that surround this disorder, the majority of people on the spectrum and their parents learn to adapt to negative comments and to ignore people who simply do not understand their struggles. Autistic people function in everyday lives just as everyone else, despite their disorder holding them back in some areas of life, they just want others to treat them like any other human being.
“When folks in public would try to ask ‘how old is he?’ and he didn’t answer. We learned to say, ‘Sweet Cooper is autistic and we are still working on his speech but he is seven years old’ with compassion, conviction, and pride rather than with shame or nervousness. He also taught our whole family to have compassion for others and to never judge someone we don’t know. I can’t tell you how many times I see a mama struggling and I just want to wave and say ‘You got this mama, you are doing a great job’” Melissa Banco said.