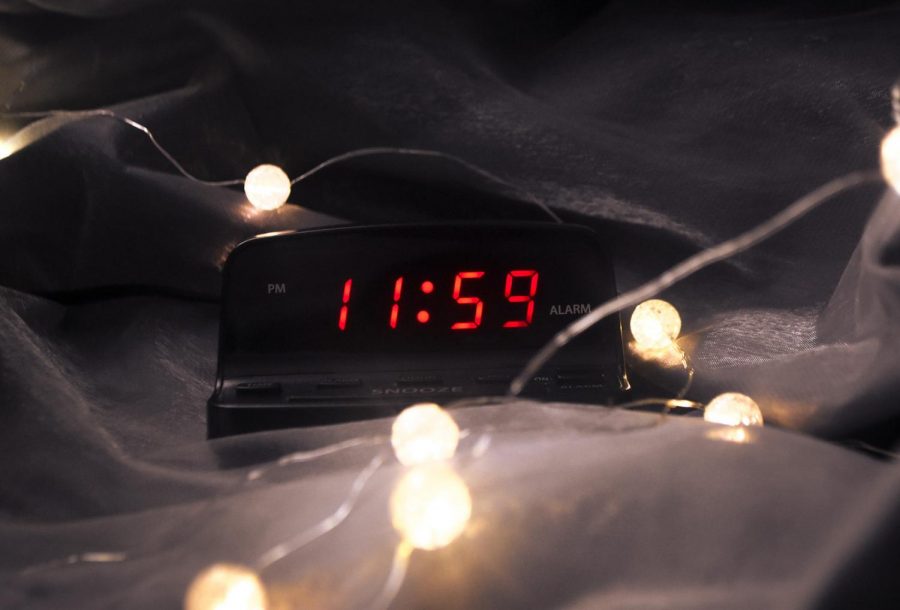 Literature teacher Lindsay Theaker remembers the craze leading up to New Year’s Eve in 1999, eventually culminating in a relatively peaceful new year that avoided major disaster and apocalypse. “I remember distinctly that my parents unplugged all the electronics in the house and they were super panicked about the date setting on the computer which only went to 1999, and they were super freaked out about what would happen at midnight. I remember thinking it felt silly, but we went along with it, and they were totally fine,” Theaker said.

Nearly twenty years ago, humanity held its breath as it entered a new millennium. Rumors of massive technological failure and the end of the world swirled through the air. People spoke of the Y2K bug, a purported flaw in the ways that computers displayed the year in dates, predicted to cause crashes and system failures. However, as digital calendars rolled on to display the year 2000, fears surrounding the bug disappeared.

This year, news headlines and advertising campaigns incessantly reminded everyone of the “uncertain”, “unprecedented”, and “unique” times brought about by a global pandemic. Through this ongoing crisis, echoes of phrases spoken in the last months of 1999 have resurfaced, frequently through humor such as jokes and memes about the year’s difficulty and a possible ending to human life on earth.

“I have seen many memes on social media on the subject. One of them talked about how it was rumored that the people who began to keep track of the years were off by 8 years, theoretically making it 2012 today, which so happens to be the year that the world was supposed to end according to an infamous movie named ‘2012.’ People make these jokes in my opinion as comical relief. This year has been stressful and people deserve to laugh,” junior Lorenzo Alarcon said.

Although logic suggests that a new calendar year will not brush away the year’s problems, humor continues to provide a coping mechanism for most struggling with today’s difficult realities. An article addressing Y2K and its potential effects provides a perspective on the problems that have always faced humanity. This article directed towards fear surrounding living in unique and unprecedented times for all provides comforting words that remain relevant today. 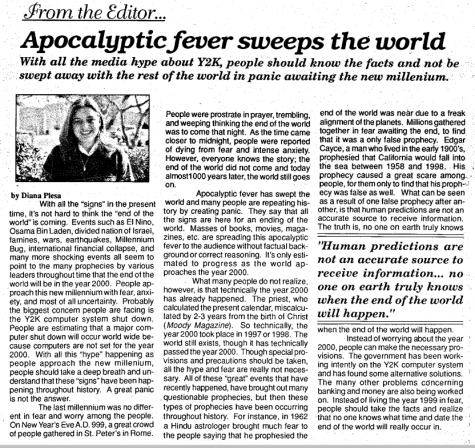