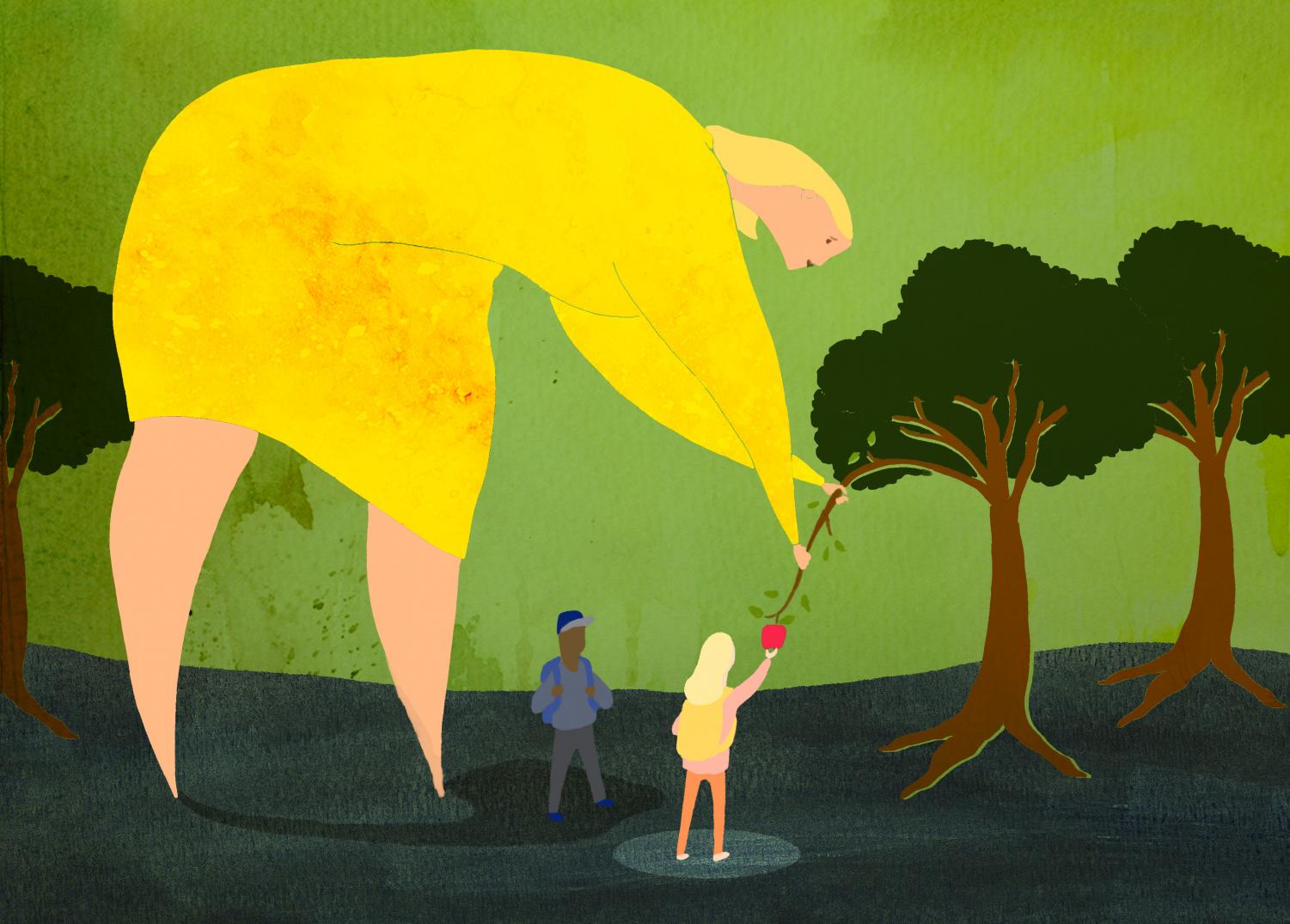 The prevalence of racism and racial division harms the children of America. The school system, instead of encouraging diversity, deliberately separates children into separate social classes. America should work towards this issue and strive for equality in the school system. In doing so, students can receive a better educational experience. (Ren Lloyd)

The prevalence of racism and racial division harms the children of America. The school system, instead of encouraging diversity, deliberately separates children into separate social classes. America should work towards this issue and strive for equality in the school system. In doing so, students can receive a better educational experience.

Why do schools classify students by race?

The infinite separation between each race plays a huge role in the school system and it requires urgent attention. Many people numb themselves to the fact that the school system subtly separates students based on race and ethnicity. Subtle racism or covert racism is a form of racial discrimination that is disguised and subtle, rather than public or obvious.

According to the Atlanta Magazine Newsletter Atlanta built highways that split through diverse communities the highway called the Downtown Connector, stretches where I-75 and I-85 run conjoined through the city, gutted black neighborhoods by forcing the removal of many working-class blacks from the central business district. Separating these diverse communities can result in separation in the school system as well.

Uneven distribution across local neighborhoods poses as the most direct reason for ethnic segregation in schools. As a black student in a neighborhood with a majority African American population, the local public school usually includes a majority population of black students. The same concept applies to a White, Hispanic, or Asian neighborhood. Neighborhoods should include a more diverse community to guarantee that children get an even and diverse learning experience. Racial segregation excludes minorities from neighborhoods that offer high-quality housing, schools, and other public services. They should fix this by bringing communities together and encouraging togetherness in divided neighborhoods.

“It is horrible here- I feel personally out of water. I came from an area where diversity meant seeing Middle Easterns, Asians, and Colombians in the same room with me, not just black, white, and Hispanic,” sophomore Zioni Moore said.

Student separation by race might also pose as the result of the institutional setup of an educational system. One such institution represents the connection between-school ability tracking in combination with disparities in achievement. This means that school systems track student’s grades and success based on their ethnicity’s average testing scores.

Students today face separation. Overall, the public school system separates Hispanic students much less than their black peers, but they have become increasingly segregated in recent decades and currently face high levels of separation. An array of research shows that diversity in the school system can help reduce intergroup stereotypes for both white and minority students.

Diversity in schools poses an extremely important aspect in the school system as well. Diverse schools feature differences in ethnicity, class, race, background, gender, personality, and much more. It encourages varying perspectives in the classroom. Each student, no matter what race, should receive the same care and attention as the next student. Strong EdD programs teach educators to value the unique aspects of what makes each student different and respect them in the classroom.

“I do feel as if I have to choose between the principles of my ethnicity and the stereotypes of my class because I can’t seem to mix. In Black communities, there are stereotypes such as “You talk “white” or you dress “white”. I’m not “black enough to hang out with the “black kids” and I am not white enough to hang out with the ‘white kids,” sophomore Nyah Peace said.

In order to solve this issue, people create organizations to ensure that students get equal opportunities for success. Organizations like the Annie E Casey Organization support children’s well-being and ensure that young children enroll in nursery school, preschool, or kindergarten, and that fourth graders score above proficient in reading. Organizations such as One Nation Indivisible connect and mobilize people who build and sustain racially, culturally, linguistically, and economically integrated schools, social institutions and communities within the United States. The organization also offers stories about the importance of discussing race and the economic and societal benefits of increased equity in the school system.

The future of a student depends on whether their education taught them well. The organization of schools and how students are engaged in their learning are of critical importance for the educational achievement of students across ethnic and racial groups. The environment of a student’s education poses an extremely important factor in the student’s K-12 experience. Therefore the school system should care more about the education environment and how a student can succeed.

The school system should give children the opportunity to attend diverse schools and provide equal opportunities for success. People should act on this issue and work to encourage equity in the school system.