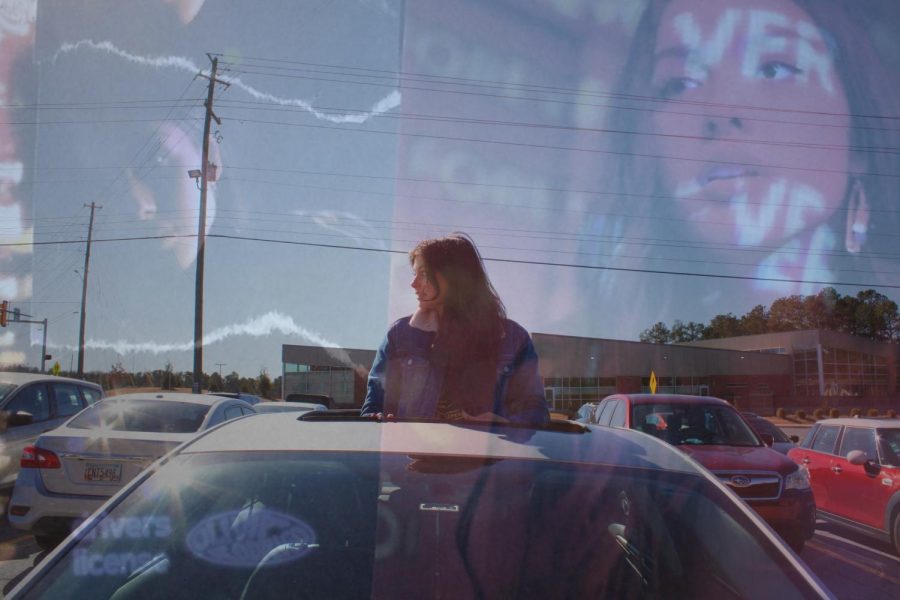 Rising star Olivia Rodrigo released her debut hit single Driver’s License on January 8th. Since its anticipated release, the song quickly reached the top of both Apple and Spotify charts. The young singer accumulated over 7 million monthly listeners at the mere age of 17. The young musician made a name for herself as a child actress. Since her debut film, Grace Stirs Up Success, Rodrigo managed to fill many lead roles. Her most recently undertaken role, Nina Salazar-Roberts in Highschool Musical: The Musical: The Series (HSMTMTS), highlighted both her acting and singing skills. Behind the scenes of this television series, fans speculate Rodrigo fell in love with HSMTMTS costar, Joshua Bassett. Although the couple never publicly confirmed their relationship, the combination of flirty exchanges on and off-screen, romantic Instagram posts, and endless hours spent songwriting together, provided fans with more than enough ammunition to create fan theories concerning their alleged relationship.

Rodrigo packed Drivers license full of emotional heartbreak. The situation expressed revolves around a symbolical right of passage; earning one’s driver’s license. This heart-wrenching song takes listeners through the journey of a character who recently received her driver’s license. What usually marks a celebratory event, sparked copious despair for this character. The character finds herself driving in the suburbs intentionally passing her ex-partner’s street. The character’s heart shatters as she imagines driving home to her ex.

“Olivia Rodrigo pours her emotions out in her lyrics. She’s singing from her heart. Teenagers are resonating with it so much because it’s authentic and real, it’s not overly exaggerated. A lot of teenagers around the world can relate to the heartbreak of being second choice or making promises that can’t always be kept,” senior Emma Tonge said.

Although once inseparable, Bassett now spends his free time without Rodrigo and alongside Disney star alum, Sabrina Carpenter. Fans speculate that Rodrigo’s lyric: “And you’re probably with that blonde girl, who always made me doubt, she’s so much older than me, she’s everything I’m insecure about,” reflects on Bassett’s newfound relationship with Carpenter. Carpenter’s trademark blonde hair and four year age gap between Rodrigo perfectly fits the description embedded within the lyric.

After simultaneously taking over music charts, Drivers License completely took over Tik Tok. Videos portraying overwhelming amounts of teenage angst quickly surfaced on the app’s “for you page” hours after the song’s release. The song created a new trend where creators emotionally lip sync to the song’s lyrics as tears fill their eyes. Creators then stop the video halfway through and transition into a euphoria filled scene where they dress in ballgowns while continuing to lip sync lying on their beds. In addition to average Tik Tokers creating Drivers License related content, the queen of Tik Tok herself, Charli D’amelio, posted a choreographed dance to Rodrigo’s latest single.

Rodrigo grew up as a Taylor Swift enthusiast and still proudly holds the title of a die-hard Swiftie. Drivers License resembles many early Swift styles and techniques. Rolling Stone alerted readers to keep an eye on Rodrigo, claiming “Drivers License” already established itself as an early Song of the Year contender.

In addition to the release of her chart-topping single, Rodrigo released a corresponding music video. Fans didn’t take long to notice that the fur-lined denim jacket Rodrigo wore throughout the sentimental video closely resembles one that Bassett’s character wears frequently on HSMTMTS. While only Rodrigo herself knows if this remains intentional or if it’s simply a coincidence, fans stand firm in their opinion that the jacket choice confirms the hidden meaning behind Drivers License.

The plot to this alleged love triangle thickened when Basset released his new song Lie Lie Lie on January 14th. Fans embraced its release and continue to dissect the love lives of three young Disney stars as they decode lyrics in both songs looking for connections.