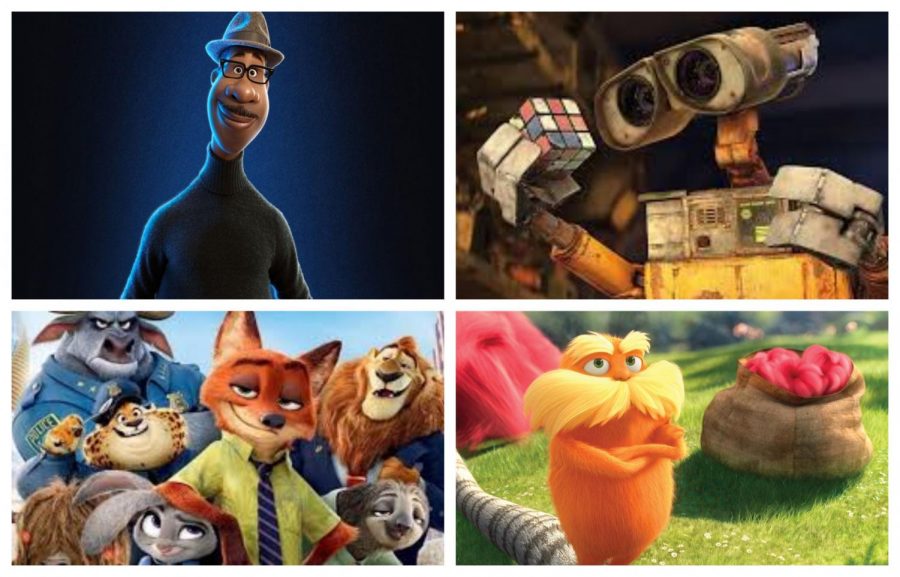 Children can miss certain messages in movies directed to them. These movies usually contain an important message that can resonate with an older audience. Film makers tend to sneak in messages, jokes or references only for the adults. Common in nearly all of your favorite kid movies, these references and messages will not go away anytime soon.

In a world filled with technology, kids learn and receive influence through T.V. and film. Movies and shows present universal concepts and life lessons to kids through fun and energetic characters, but how do these films relate to adults?

Small gestures, jokes and references can go completely unnoticed by a young, impressionable crowd. Movies such as the Lorax, Soul, Zootopia, WALL-E and other movies contain overarching themes which attract older audiences while also presenting younger viewers an intended lesson.

In Dr. Seuss’ “The Lorax,” the Lorax follows a young man who travels to a new town with hopes of creating a popular invention, but he harms the environment in the process. This movie teaches children not to mistreat the environment, but sends a deeper message to adults. In the movie the Lorax says, “A tree falls the way it leans, so be careful how you lean.” He says this to inform viewers that the choices they make can lead to their downfall. This movie not only covers environmental destruction and consequences, but capitalism as well. Throughout the film, viewers see two examples of characters using capitalism. Once when the once-ler creates his thneed, and again when the mayor sells O’hair Air because trees do not exist in this universe.

In Disney’s Soul, the main character, Joe Gardener goes through life thinking his sole purpose in life, succeeding in music, validates the worthiness of his life. A bright new character comes around and helps him learn that a passion does not equal purpose. While this movie encourages kids to become anything they want whenever they want, it allows adults to see that they can reach a goal no matter how late it happens. Dorothea, a musician in the film, tells Joe a story with a lesson of enjoying your place now and not worrying about moving on to something that appears bigger and better. This story shows viewers that tunnel vision can negatively affect them not allowing for more passions.

“I feel like this happens with a lot of people our age. We face this pressure to know what and who we want to be at such an early age, that we burn out before we even begin,” NC junior Arden Jaramillo said.

In WALL-E, a small robot collects trash on an abandoned earth because all humans fled to live in space. The important themes and messages throughout the film do not resonate as much with children, but send a loud message to adults. The humans in the film appear severely overweight, lazy and not able to live without technology. The filmmakers use these characters to highlight the problems in our world today.

“As a kid WALL-E had no meaning to me whatsoever. I probably would’ve told you it was a silent film. Now that I’m older, I see that this movie was nearly predicting our future,” junior Erica Holder said.

From chasing dreams to racism, Zootopia does not shy away from covering important topics within today’s society. In a scene with Judy, the main character, and a security guard, the guard refers to Judy, a bunny,  as “cute.” She then explains that bunnies can use the word “cute” amongst each other, but other animals cannot and should not call bunnies cute. This same logic applies to racial slurs.

While kids’ movies can teach them important lessons, they do the same for adults. The cute and cuddly themes may seem surface level at first, but filmmakers tend to take viewers on an emotional rollercoaster so audiences find connections with the main characters. The next time you watch a kids movie take a closer look. You may find that the content surprisingly suits adults.