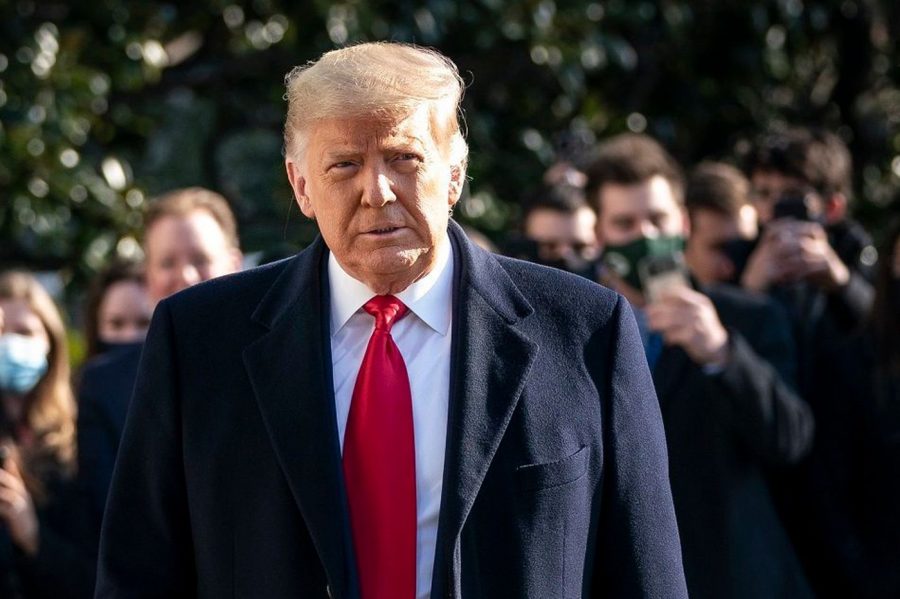 Courtesy of The Philadelphia Inquirer, photo taken by Drew Angerer

Donald Trump, about to face the Senate again, this time with the accusation of encouraging violence. Mr. Trump already faced impeachment once but the attempt failed, and he breaks the record of the first president in history to face it twice. To successfully impeach the President, the Senate will need support from people in power within the Republican party like the Senate Minority Leader Mitch McConnel and the House Minority Leader Kevin McCarthy.

The former president of the United States, Donald Trump, makes history again, this time for becoming the first president to face the impeachment process twice.  The house of senate accused Trump of encouraging violence with his false claims of election fraud. Trump endorsed the storming of the capitol by imploring “supporters” to make their voices heard “peacefully and patriotically” and to also “fight like hell.”  This staggered capitol police and forced lawmakers and capitol staff members to escape the building.

The House of Representatives first attempted to impeach Trump in December of 2019 on the charges of power abuse, and obstruction of congress over his dealings with Ukraine involving a political rival, current President Joe Biden. While House Democrats could impeach Trump in the House on their own, removing him would require a two-thirds vote of the Senate meaning seventeen Republicans would have to come together in an agreement with the 50 Democrats.

The Senate will put Trump on trial with witnesses on the stand, and senators will agree on the reparation. The Senate once failed to impeach Donald Trump. This time the impeachment comes with strong support from the Republican party. Following his removal, Trump could lose his six-figure pension and other post-presidential compensation. He  could still face impeachment after he leaves office, preventing him from ever running or serving in public office again. With a new president and a vice president in office, impeaching Trump does not seem as important, but Democrats maintain that they must hold him accountable for his offenses.