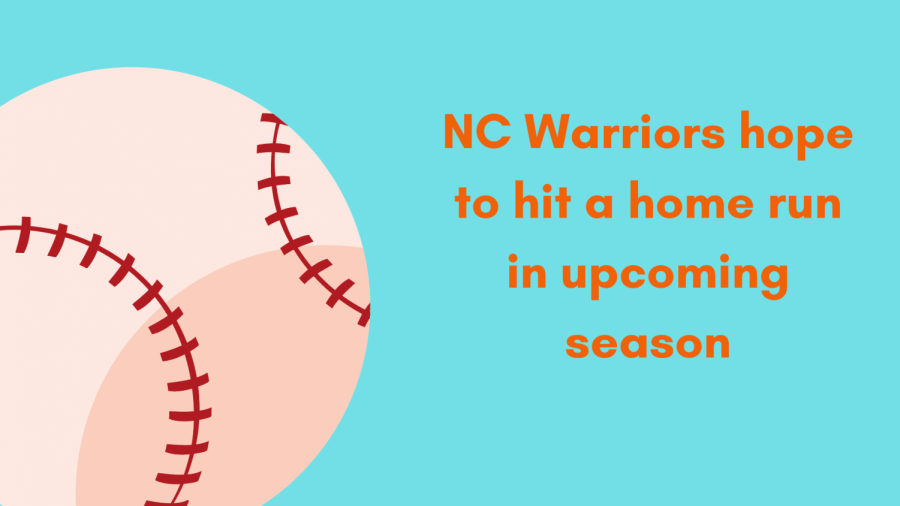 As the Warriors get ready for the 2021 season, they work hard in practice to improve their technique by doing conditioning, drills, and weight training. “I think we may have weakness pitching but strength of fielding, and the tough region we’re in will make us better,” Magnet senior Tyler Gorsuch said.

After a disappointing prior season cut short due to COVID-19, the NC Varsity Warriors look forward to returning to the field for a hopefully more successful 2021 season. The Warriors boasted a .77 winning percentage in the 2020 season, while collecting a record of 10-3. Players credit this record to an impressive offense and irreplaceable star players. Before the season’s unfortunate cancellation, the Warriors only lost to McEachern, Walton, and Woodstock.

As the Warriors anticipate their first game on February 15 against the Wheeler Wildcats, they not only go through rigorous practice but also study the opposing team’s game play. However, without a complete season last year studying the other team proves difficult, but the Warriors show confidence in their ability to win over the Wildcats on the road.

“In the first three weeks all phases of the game are being worked on. Mainly we are very intent on all aspects of the game from defense and hitting to pitching. We are in a very challenging region so all areas are of importance,” Assistant Coach Micheal Turchan said.

Following their game against Wheeler, the Warriors play their long-time rivals, the Kennesaw Mountain Mustangs on Tuesday, February 16 in another away game. Despite not facing off against the Mustangs last year due to a short season, the Warriors still look to redeem themselves after losing in the Kennesaw Mountain Mustang series in the 2019 season.

Looking ahead to this season, the Warriors and their supporters anticipate advancing further in playoff and region play than they managed to in both the 2020 and 2019 season.

“It’s really exciting but weird to think this will all be over soon. I have a lot of personal goals like being all region for both basketball and baseball. Also I want to have a winning record and stay above .500 the whole season,” Magnet senior outfielder and pitcher Tyler Gorsuch said.