Does CTE directly correlate to violent behavior in athletes? 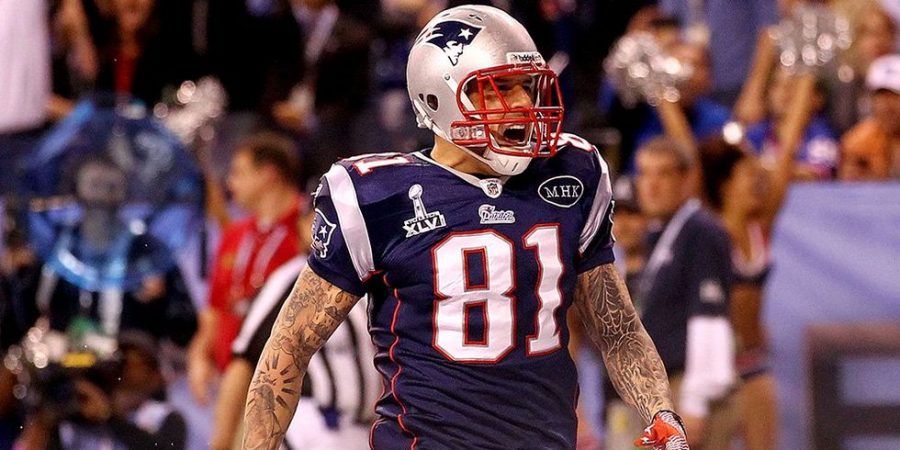 Former tight end for the New England Patriots, Aaron Hernandez, received a CTE diagnosis shortly after death. Found guilty of murder in 2013, Hernandez’s charges took the public by surprise. Those around him described his behavior prior to his tragic death as aggressive, wild and unpredictable.

While those signs remain consistent with the disease, doctors cannot truly diagnose someone with CTE until after death. The disease presents itself in four different stages. Stage one includes headaches, loss of concentration and attention. Those with stage two experience changes in mood, memory loss and impulsivity. Stage three contains a combination of the previous symptoms, while stage four includes extreme aggression, depression, paranoia, etc. Athletes, like the famous boxer Muhammad Ali, became a prime example of CTE injuries, bringing this paradigm to global attention.

Football players, in the NFL (National Football League) especially, fall victim to CTE quicker than others. The constant head on collisions can lead to deadly outcomes. Most famously known, the story of Aaron Hernandez shocked football fans all over the country. In 2013, a jury found Hernandez guilty of murder. His lawyer, Jose Baez, argued that Hernandez experienced brain damage from playing football, which eventually led to a lawsuit against the NFL and the New England Patriots over helmet guidelines and player safety.

“It’s like the gladiator. People want to see the big hits. They wind up on Sports Center. And as a player, you don’t want to admit you are injured,” NFL Hall of Fame running back Eric Dickerson said.

Players in the NFL tend to make news headlines relating to domestic violence or destruction of property. In recent years, these acts committed by players raise suspicions about whether or not those athletes may exhibit CTE symptoms. Since the disease cannot show itself before death, CTE jokes became common in team locker rooms and sports broadcast channels. Since the passing of Aaron Hernandez, players such as Dez Bryant from the Dallas Cowboys deem these jokes insensitive and taboo to talk about.

“…why [do] people use the word CTE like it’s a thing to say? that’s not a joke or word to be throwing around lightly…” Dallas Cowboys wide receiver Dez Bryant said.

While neurologists cannot confidently confirm violence as a concrete symptom, aggression seems to appear within each stage of CTE. Earlier this year, the Seattle Times reported a domestic violence dispute between Chad Wheeler, Seattle Seahawks lineman, and his ex-girlfriend Alleah Taylor. Reports say that  Wheeler demanded Taylor bow to him and when she refused, Wheeler proceeded to strangle her until she lost consciousness. As Wheeler ate dinner next to a lifeless body, or so he thought. When Taylor regained consciousness, Wheeler responded to this by saying “Wow, you’re still alive?” The story gained attention on Twitter and after three days, the NFL and Seattle Seahawks made statements about the situation. The severity of Taylor’s injuries and Wheeler’s actions raised not only questions about CTE, but the player’s mental health as well.

“It’s something scary to think about because the thing you love could possibly kill you in the end. At some point my body isn’t going to bounce back the way it does now,” Varsity Football quarterback Malachi Singleton said.

Concerns about CTE and brain damage continue to rise in the community of sports amongst not just players, but medical professionals as well. Neurologists will continue to conduct studies and research on the disease. If students as young as 17 can face the potential effects of CTE, what does this mean for NC varsity football? As for now, all contact sports plan on altering their rules and equipment to better accommodate and protect athletes from sustaining these fatal injuries.