As Grammy award-winning artist Adele, slowly makes her way out of the shadows, her second studio album 21 celebrates its 10 year anniversary leaving fans both reflective and eager for more. From “Set Fire to the Rain” to “Skyfall” 21 helped build both a loyal fan base and distinctive artistic voice.

Pop artist Adele, a uniquely soulful and dramatic artist, debuted her second studio album, 21 in 2011 which topped the charts in more than 30 countries.  With hits like “Rolling in the Deep” and “Rumour has it,” 21 set a precedent for other artists at the time, such as Ed Sheeran, looking to gain a fanbase. To commemorate the success of the album The Chant reviewed it in 2011giving an accurately positive review; now ten years later we look at musical evolution.

At the height of its success, 21 welcomed a new era of 21st-century pop, garnering well-deserved respect when the album jumped 46 spots on the UK Charts. The US however slowly appreciated the album with the hit “Rolling in the Deep” eventually topping the charts within its 21st week; an ironic but impressive milestone.

I wish nothing but the best for you too”

Adele highlights the universal pain associated with losing someone you love whether in a breakup or even or a tragic death. These and other melancholy emotions unfortunately will forever exist within the world.

Additionally, the album accurately portrays Adele’s anger towards a past lover with the single “Rumour has it” depicting the disgraceful behavior of her latest love at the time and his decision to date a younger woman. The chorus goes:

“She is half your age

But I’m guessing that’s the reason that you stayed

I heard you’ve been missing me

You’ve been telling people things that you shouldn’t be”

Adele’s anguish and exasperation felt towards her former beau remain a prominent issue in modern times. Overall the album in itself speaks to a variety of fans from victims of losing the first love to breaking off an engagement; Her voice to this day captures a pain all humans experience.

Now as of 2021 the artist, although inactive for nearly 5 years, plans on releasing her much-awaited fourth studio album. The album supposedly will touch on her divorce, recent weight loss, vocal surgery, and outlook on life and love thus far.  Fans hope to still hear the impactful soul and wisdom within Adele’s voice while understanding elements of the new her.

“Adele’s 21 albums with hits like” Rolling in the deep” and 25 with the classic “Hello”  are still extremely relatable especially with those of us still in quarantine, ” junior Allie Dower said. 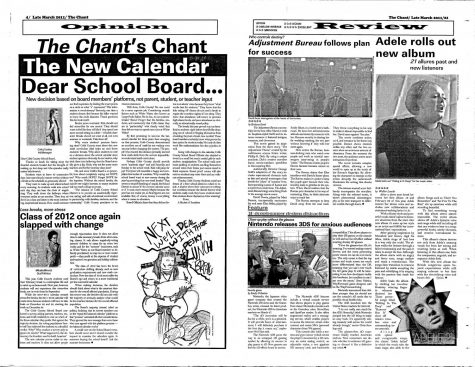