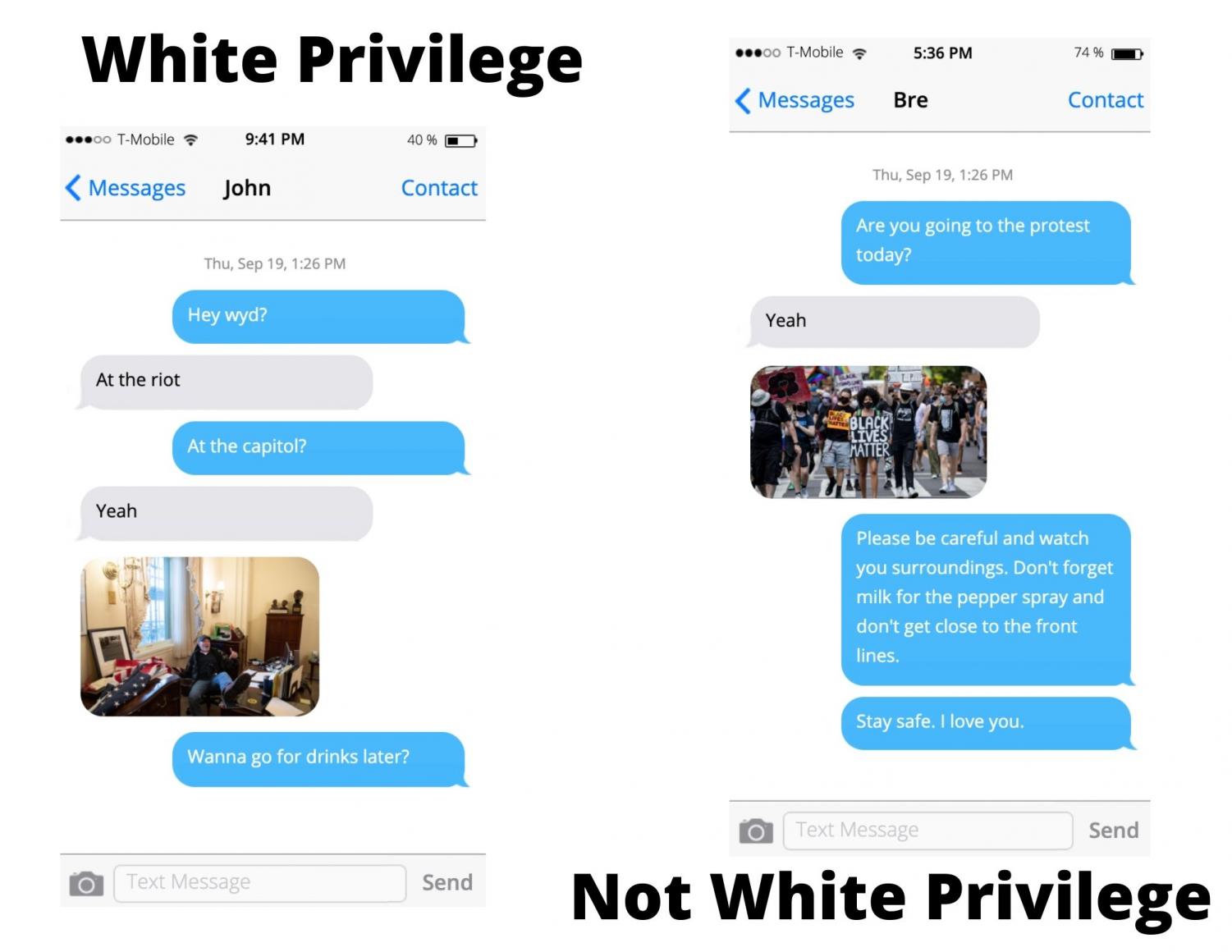 When people leave home, their loved ones worry and hope for a safe return. For people of color, this concern reaches new levels. People of color take extra precaution when a family member leaves home. Fathers, brothers and sons leave and may never return because of racism inflicted by others. (Jemiah Clemons)

When people leave home, their loved ones worry and hope for a safe return. For people of color, this concern reaches new levels. People of color take extra precaution when a family member leaves home. Fathers, brothers and sons leave and may never return because of racism inflicted by others.

From the Haitian Revolution to Black Lives Matter protests, black communities across the diaspora continue to challenge social injustices. While the fight for equality continues to make progress, disturbing actions against those seeking justice tends to follow. Media slander, police brutality and even death find their way to those who stand for racial equality. If  people of color (POC) and their allies receive harm, what happens to their white counterparts when they protest or riot?

Prior to the January 6 capitol riot, eleven riots took place at the hands of white people. While the damage and chaos causes problems, that does not serve as the main concern. One may ask, what happens to these people once all the smoke goes down and the destruction stops? The answer: nothing. Society and people in positions of power refuse to acknowledge the role the white privilege plays. So, what does white privilege mean? 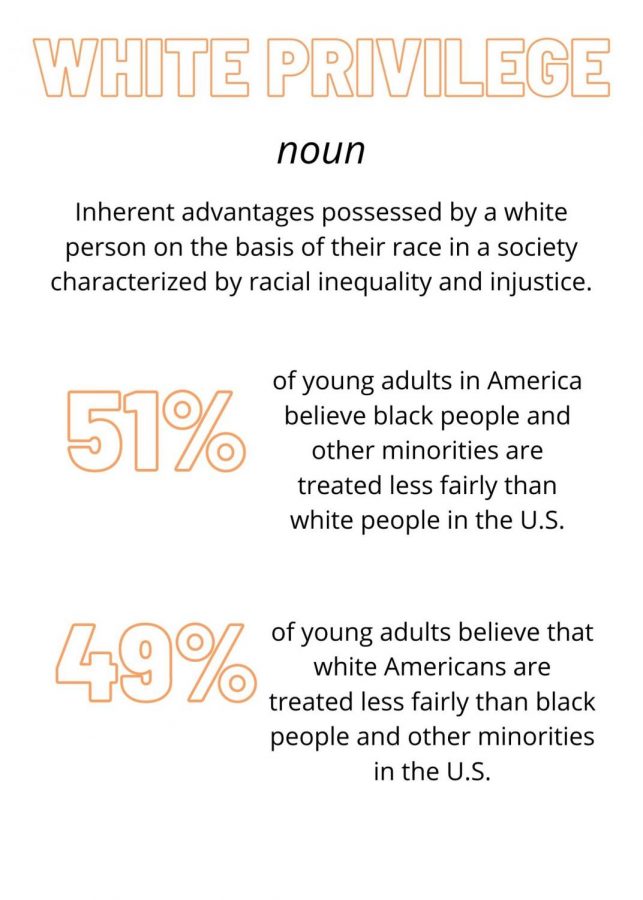 According to Oxford Languages, white privilege includes, “inherent advantages possessed by a white person on the basis of their race in a society characterized by racial inequality and injustice.” The word “privilege” tends to upset those of which the term applies to. When someone hears the word “privilege,” economic wealth comes to mind. “Well I worked for every penny I have, so I don’t have privilege.” Responses such as that distance an individual from acknowledging and accounting for their white privilege.

“One thing that white people do is to deny that they personally benefit from white advantage or white privilege. One common way is to highlight hardships they faced. And while we think those hardships are legitimate, that everyone faces legitimate, serious hardships, hardships don’t somehow absolve people of privileges or negate the existence of privileges,” Organizational behavior professor Dr. Brian Lowry, MD said.

While white privilege shows itself in various places, protesting seems to remain a consistent setting. In the summer of 2020, black people decided to take matters into their own hands. Both protests and riots took place to demand justice for George Floyd, Breonna Taylor and countless others. May 25, 2020, George Floyd fell victim to police brutality. Handcuffed and pinned to the ground, Floyd chanted “I can’t breathe” while he sustained a knee on his neck for 8 minutes and 46 seconds. His killer and ex-police officer, Derek Chauvin, received what the public considered minor charges for such a heinous crime. 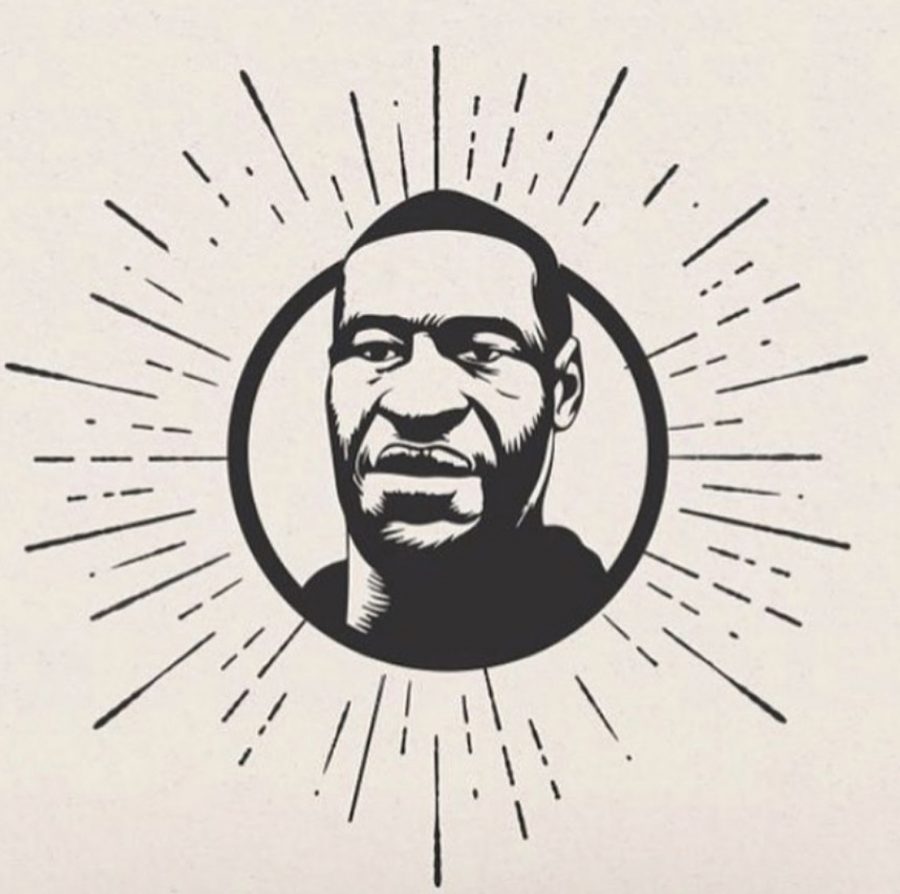 Days after Floyd’s death, rioting and looting took place in Minneapolis, Minnesota. Destruction to companies such as Target ensued and showed a clear split in the U.S. One side outraged over a grocery store while the other side outraged over a man’s death. While the rioting took place for weeks following Floyd’s death, peaceful protests worldwide made headlines as well.

Those involved in peaceful protests received horrendous treatment compared to those who did not. Protesters encountered tear gas, thrown objects and physical violence. In 2020, ACLED recorded over 10,600 protest demonstrations  across the country. Over 10,100 of these (95 percent) involve peaceful protesters. Less than 570 (5 percent) involve demonstrators engaging in violence. Over 80 percent of all demonstrations relate to the  Black Lives Matter movement.

“White privilege further widens the gap between races. In professional, public or even educational settings, we as black people are continuously disappointed by the effects of white privilege. In extreme cases, many lose hope and are forced to accept that the “better” candidate is only “better” because they are white,” Magnet senior BSU Co-President Abigail Addis said.

During the capitol riots, instead of the police beating and physically abusing rioters, the rioters themselves inflicted harm on the very officers they defended during protests the previous year. Not only did the mob engage in violence, but the non-violent rioters took selfies and held conversations with police officers. Why did police not offer the same kindness to BLM protesters?

“The Capitol riot was definitely a frustrating day to witness. To see a group of people destroying things and putting others’ lives in danger all because one person encouraged it was baffling. I found it odd that the words of just one person could influence such hate and harm,” Magnet senior BSU Co-President Rashida Jalloh said.

Eleven months after his death, George Floyd continues to make headlines as his killer, Derek Chauvin, began trial March 29. After the viral video, Chauvin went on administrative leave. With constant courtroom disappointments, those witnessing the trial on T.V. do not see any true consequences in his future. As a result of white privilege, people such as Trayvon Martin, Michael Brown, Breonna Taylor did not receive justice for the crimes committed against them. As the trial for Derek Chauvin continues, one can only wonder, will white privilege strike again?