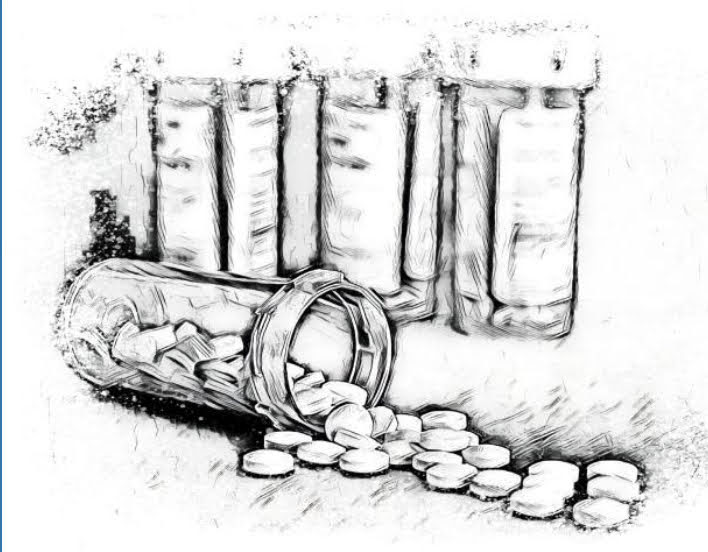 From the legendary Whitney Houston to rock legend Jimi Hendrix, the music industry in terms of its pressure and competitive atmosphere continues to produce drug and alcohol addictions left and right. To cope with performance anxiety and enhance creativity artists turn to alcohol and drugs to lighten the load. This although helpful in the movement quickly evolves into mental and physically damaging addictions affecting numerous bodily processes and systems. The only way to stop the problem is to find its source and root in the first place something artists like the Late Amy Whinehouse wish they knew ahead of time. (Hannah Luck)

From the legendary Whitney Houston to rock legend Jimi Hendrix, the music industry in terms of its pressure and competitive atmosphere continues to produce drug and alcohol addictions left and right. To cope with performance anxiety and enhance creativity artists turn to alcohol and drugs to lighten the load. This although helpful in the movement quickly evolves into mental and physically damaging addictions affecting numerous bodily processes and systems. The only way to stop the problem is to find its source and root in the first place something artists like the Late Amy Whinehouse wish they knew ahead of time.

The Relationship between addiction and the music Industry

From the legendary Whitney Houston to Atlanta-born rapper 21 Savage, the music industry in terms of its social-political standards provokes numerous scandals, addictions, and deaths. Whether it’s a secret struggle with substance abuse or addiction to the use of drugs, the pressures of the industry can majorly impact one’s mental, physical, and emotional health.

“As someone in the industry, there are numerous causes of stress. There’s always an underlying pressure to be the best rapper or the singer with the most albums or awards.  On top of that artists are constantly pulled into unnecessary drama and scandals over issues as ignorant as who wore it best?” junior Tiffani Elliott said.

In a study by the American Psychological Association  (APA), the psychological reasoning behind drug addiction relies on multiple environmental and social pressures. These pressures can range from unhealthy dysfunction in a family to pressure from outside influences such as creating popular hits. As seen with the Beatles, many musicians rely on smoking drugs as a transport to a musical time where creating hit music becomes easier than before.

In addition to creative enhancement, some artists use drugs as a coping mechanism, easing the pressure to perform. This although an effective method of relaxation induces addiction the most. In a survey of 552 UK musicians conducted in 2014, 75 percent had experienced some form of performance anxiety in their careers.  in certain professional groups of classical musicians, approximately one quarter use beta-blockers to control their anxiety. Musicians especially those of nonclassical descent relied on marijuana to self-soothe.

“It’s unfortunate how artists become addicted so easily. They get overwhelmed by all the fame they are experiencing and begin to experience the fear of letting down their fans. This is especially common with rapid success. They turn to drugs to relieve their stress,” Junior Jenna Saaskilhati said.

Whitney Houston, for example, showcases the horrific effects of drug addiction and its complications in the entertainment world. As a child, Whitney grew up in a dysfunctional middle-class home in East Orange, New Jersey surrounded by drug culture. Her home life combined dysfunction and abuse with both parents repeatedly cheating on one another leading to divorce. Her brother Michael, a supposed role model, failed in his attempts to protect young Whitney by enabling the star’s drug use at the age of 16.

As Houston grew into her music, her addiction only worsened as the pressures of the industry weighed heavily upon her.  The pressure stemmed not only from her crippling performance anxiety but the pressure to mimic the behavior of fellow musicians. In a 2002 interview with Diane Sawyer, Houston for the first time revealed her drug addiction claiming she would combine the use of cocaine, sleeping pills, and marijuana. After death from a drug-induced bathtub drowning in 2012, her story will forever live on as tragedy.

“Whitney’s story never ceases to astound me. It is so sad how talented artists lose their lives over substances that provide no peace whatsoever. Sadly it remains a problem that seems to never end,” Elliott said.

Another cause of drug and substance abuse relies on the turbulence of emotions during stressful occurrences. Musicians who abuse drugs and alcohol invariably use them to manage the emotional highs and lows in their life. Stressors can include too much or too little work, self-criticism, work insecurity, career development fears, financial pressures, creative self-doubts, and emotional vulnerability.

In a study of non-professional rock bands in Finland, alcohol provided numerous emotional management functions including relaxation during performance anxiety, combating boredom when waiting around to perform, and it allowed artists to relax, unwind, and socialize after the performance.

“Musicians can easily fall into drugs or alcohol simply because of the stresses of being well known. Most musicians tend to become increasingly anxious when performing and turn to drugs or alcohol as a coping and defense mechanism, something to erase the pain,” Elliott said.

In addition to performance enhancement and surrounding pressure from peers, drug and alcohol addition induce a number of psychological and mental health issues. After the body becomes issued to the substance, The brain alterations in cortical (prefrontal cortex) and subcortical (limbic system) regions involving the neurological effects of reward, motivation, memory, impulse control, and judgment. This, although acceptable in legal moderation, can have serious long-term effects.

In terms of memory and mental health, alcohol in specific invokes serious damage to one’s recall of past events, anxiety, and mental awareness. According to Drinkaware,  drinking more than 30 units per day for several weeks) can occasionally cause psychosis, which is a severe mental illness where hallucinations and delusions. Drinking heavily for long periods of time also can cause clinical depression and even suicide. Scientifically speaking, alcohol affects numerous important nerve-chemical systems within our bodies which are important in regulating our mood.

“It seems as though musicians, rock stars in specifics, always turn to party and drugs to maintain a certain image. Take Mick Jagger for example his wild behavior and partying along with drug use threw him under the bus in numerous instances. He was arrested for his behavior putting a toll on his career. Drinking and drugs do as much good as they do harm ” Saaskilhati said.

Another prominent example of substance abuse appears with the late Amy Whinehouse, a singer known for her dark yet soulful style. Growing up Winehouse immersed herself with music, listening to a wide variety of music from James Taylor to R&B duo Salt and Pepa. At the age of 12, she began attending the prestigious Sylvia Young Theatre School, and a year later she received her first guitar. But by the age of 16, Winehouse was expelled for “not applying herself” and piercing her nose.

Her look along with her party girl reputation attracted her music video assistant Blake Fielder-Civil, a man who introduced her both to drugs and alcohol at the beginning of her career. The two engaged in a physically abusive on and off again relationship, consisting of heavy drug and substance abuse to cope with the emotional and physical scars.

Her story showcases how those in power within the music industry may invoke serious damage upon young stars forcing them into a servitude filled with angst and abuse. Her erratic behavior and constant intoxication caused numerous encounters in both jail and prison leading fans to believe her issues were worse than they thought. After years of on and off battle with addiction the star died of alcohol intoxication, on July 23, 2011.

In an article by Healthline, researchers found that alcohol intoxication affects numerous aspects of the body including both the cardiovascular and central nervous systems. In addition to possible death, alcohol intoxication may throw one into an induced coma, cause severe memory loss, and possibly fainting. Drinking alcohol alone may induce seizures, severe dehydration, impaired vision, and blackouts. These along with several other effects indicate alcohol’s potency, showing how a singer’s health or any health for that matter can seriously take a turn.

Overall, the relationship between drug and alcohol addiction and the music industry remains heavily prominent, causing hundreds of overdoses, suicides, and medically induced comas. From creativity enhancement to reducing performance anxiety, artists continue to use drugs and alcohol as a method of defense wreaking havoc on both their physical and emotional health.