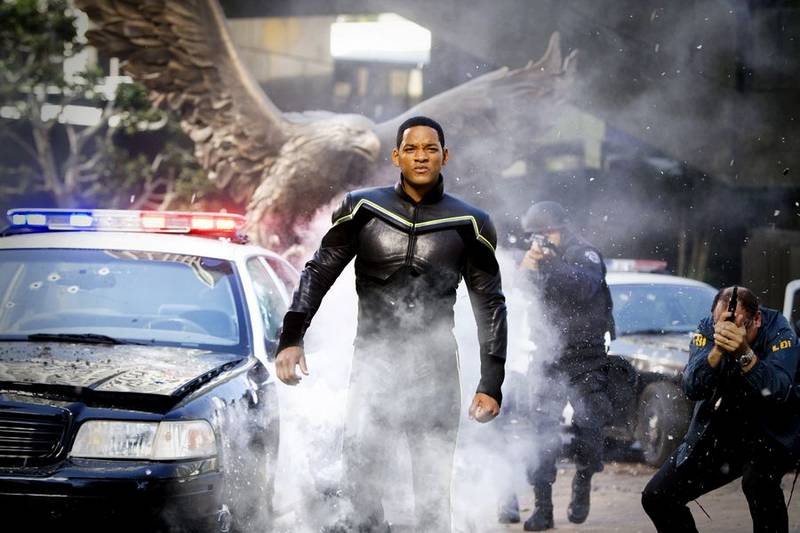 Superhero films have improved tremendously over the years. Once a genre filled with cheesy action sequences and vague comedy, now makes an overwhelming amount of money for the movie industry. Several Superhero movies receive recognition while others do not. These under-appreciated films may have paved the way for a string of extremely successful Hollywood blockbusters.

In an era of superhero movies, fans set expectations extremely high. With huge blockbuster films coming from DC and Marvel, a quality movie can fall through the cracks. Even major franchise films can fall victim if they fail to live up to the current standards applied to superhero films. From movies that deserve a second chance to films that fans may not even know of, plenty of superhero movies go unnoticed.

Hancock (Will Smith), the unique superhero, shows a heavy drinking, disheveled, and reluctant hero. Hancock leaves a trail of destruction with every deed and act of service. With no care about his public reputation, Hancock goes too far with the citizens of Los Angeles. He agrees to accept help from Ray Embrey (Jason Bateman) and after meeting his wife Mary (Charlize Theron), Hancock notices a strange connection between them.

Despite its strong premise and a valiant lead effort by Smith, Hancock faltered in the execution, alienating critics with its uneven narrative and abrupt tonal shifts. Smith checks his characteristic charm at the door, fully embracing his character and committing to every weird turn in the story. Instead of pushing the audience away, he only draws us in more. Hancock, far from a perfect film, deserves the credit for it’s comedic and heart touching scenes.

Fantastic Four I and II

Ioan Gruffod, looked the part, but the script did him no favors. With mediocre writing and graphics, Gruffod portrayed his character well. Chris Evans played Johnny Storm perfectly. One can argue he plays Storm better than Marvel allows him to play Captain America, only because they did not allow him a wider range of character to display. While Doom, a rather poorly portrayed character, the production team managed to perfect the look and his ego. The outfit, the colors, the focus on his eyes through that mask. Doom, a powerful character who knows it and talks down to everyone. In the end, the writing did not favor the movie, but the acting and performance from the cast themselves makes this set of films underrated.

Before his drastically different role as Deadpool, Ryan Reynolds joined DC to play Hal Jordan in the Green Lantern. Unfortunately, the film did not meet the fans’ expectations. With a production budget of $200 million, the studio made a worldwide gross of $219 million and this did not go over well with the company. The film received harsh critiques and a Rotten Tomato score of 26 percent soon followed. The film’s issues included dialogue, the storyline, weak villain characters and the prematurity of introducing Reynolds’  character in the film. However, audiences and critics worldwide thoroughly enjoyed comic book movies that released during this time.

Green Lantern truly pushed the boundaries in its decision to show Reynolds in a completely digital suit, and several films followed suit since this movie’s release. Several  superhero movie characters now fully use CGI creations. The most common practice does not show a 100 percent practical or CGI suit, but rather a combination of the two methods. Now that this technology continues to evolve, it should serve for Hal Jordan and other Green Lanterns to get better looking suits in the future.

While far from perfect, each of these movies contain aspects worth watching and remembering. These films helped influence several superhero films after them. With companies such as Marvel and DC releasing several new films every year about characters with extraordinary powers, one could relate the failure of Hancock, Fantastic Four and Green Lantern to its lack of connection with other films in their company’s franchise.