Gyyps blasts off with new album “Out of This World!” 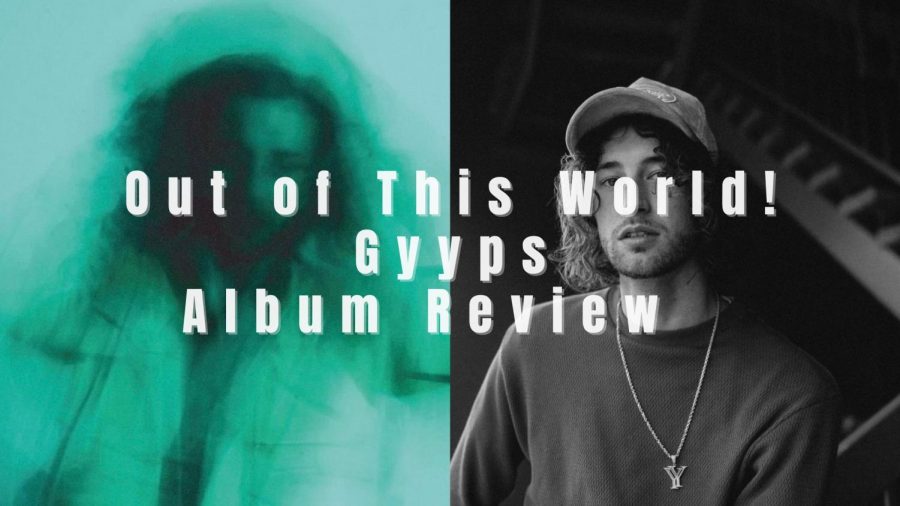 Though the majority of fans associate Gyyps with more trap sounding Hip-hop songs, the rapper from Canoga Park, California enters 2021 with a fresh new album. The artist and professional drummer released two singles in preparation for the April 30 release, building the hype and attention around Out of This World! Working with several close friends and producers, Gyyps brought his most versatile and best music for his sixth project to date.

If there’s any artist in the music industry that holds the potential of blowing up soon, then L.A native and artist, Gyyps grasp that title. Following a successful 2020 with the release of his fifth project BOE 2, the rapper returned to the new year with a trio of singles. First appearing with frequent collaborator Felly on the song “Slim Jawn,” Gyyps released the two singles of his newly released album Out of This World!

“Eight songs. Produced by me and my friends. Some of my best and realest work yet in my opinion. I’m excited to share them finally. I’m going to need all your (fans) help on this one,” Gyyps said via his Instagram.

Working with the production group Wallis Lane, who famously produced Jack Harlow’s “21C/Deta,” Gyyps first released the song “Careless,” which lies as the second track on his new project. Mixing the genres of hip-hop, dancehall, and alternative, Gyyps brings a unique vibe, that resembles a 2016 Drake. When Gyyps’ entire album finally released on April 30, listeners heard a relaxing, west coast alternative song in the song “Secret Safe/Damage.” Starting off somber and ambient with plenty of reverbed vocals, the song’s vibe truly picks up when the steady drums kick in. Coming in at 24 minutes, Out of This World!‘ exemplifies Gyyps’ growth from the early moments of his career. Pairing with a green album cover of the rapper himself, Gyyps continues his schpeel with the song “Stellar,” touching on his desire to focus on himself as he travels down his musical journey.

The album finishes up with the song  “Left the Dry,” which enters with a contemplative acoustic guitar. Majority of Gyyps’ fans appreciate his unique singing style, which this song eternalizes. Gyyps leaves listeners with a final recording of heavy breathing and an ambient noise, possibly implying that he can finally stop and take a breath after putting hard work into his sixth album.

“I started following Gyyps probably back in 2017 after I heard his song Single for the Summer. Ever since, I’ve really enjoyed his music and I’ve followed his releases so I’m super stoked to see this come out. I’m also a Jack Harlow fan so knowing Wallis Lane produced this is super cool,” NC Magnet junior Bentley Huff said.

Boasting over 150,000 monthly listeners on Spotify, Gyyps newest project could easily send him into the mainstream artists area, due to its catchy rhymes and top of the line production. Make sure to check out Gyyps’ most recent release on all streaming platforms.